After his first bizarre year, Donald Trump’s apologists told us he was growing into the job and that in his second year he would be more restrained and respectful of democratic institutions. 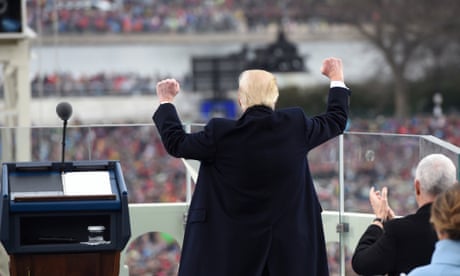 Exhibit one: the “wall”. After torpedoing Mitch McConnell’s temporary spending deal to avert a shutdown, he’s holding hostage more than 800,000 government employees (“mostly Democrats”, he calls them, disparagingly) while subjecting the rest of America to untoward dangers.

On-site inspections at power plants have been halted. Hazardous waste cleanup efforts at Superfund sites are on hold. Reviews of toxic substances and pesticides have been stopped. Justice department cases are in limbo.

Having run the Department of Labor during the 1995 and 1996 shutdowns, I’m confident most of these public servants will continue to report for duty because they care about the missions they’re upholding. But going without pay will strain their family budgets to the point that some will not be able to.

SOURCEUK Guardian
ATTENTION READERS
Due to the nature of independent content, VT cannot guarantee content validity.
We ask you to Read Our Content Policy so a clear comprehension of VT's independent non-censored media is understood and given its proper place in the world of news, opinion and media.