Home Life Health & Family What Happens When a DNR is Ignored? 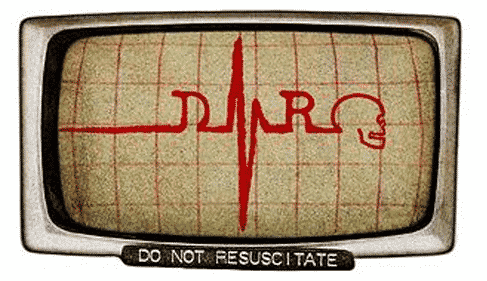 Share
Twitter
Pinterest
WhatsApp
Linkedin
ReddIt
Email
Print
Tumblr
Digg
Health Editor’s Note: A Do Not Resuscitate (DNR) order is a legal order which can be written or oral depending on the country, to not give cardiopulmonary resuscitation (CPR) or advanced cardiac life support (ACLS) if a person’s heart stops beating or if he or she stops breathing.  Although some countries do not recognize a DNR order, most do, with this order either being the wishes of the patient or health care power of attorney for the patient or a doctor.  A DNR may also be called a no code, end-of-life, advance care directive, etc. While DNR, if requested, is not intended to affect treatment other than what which would require intubation or CPR, it does not affect a ability to receive antibiotics, dialysis, chemotherapy, or any other required treatments.
If someone is near the end of life, has an illness which will not improve, he or she can choose whether he or she wants to have CPR performed if the heart stops beating and or breathing ceases.  If your wish is to not have CPR performed, you will have to talk with your doctor.  If you do want to receive CPR, you need do nothing.
Note that you can always change your mind.  This issue for this article is if you have decided on a DNR and you are given CPR, what does this act constitute? You will most likely be asked upon entering a hospital or when someone is taking a history and physical on you, if you have a living will or DNR.  Some people will even have the words, “Do Not Resuscitate” tattooed on the chest, where it (patient wishes) will be seen if someone begins to perform CPR….Carol

A New Mexico woman suffering from Dercum’s disease (adiposis dolorosa) — which causes painful fatty tumors — is suing a Santa Fe hospital and an emergency physician, claiming she was the victim of two negligent acts in 2016.

First, according to the Albuquerque Journal, she told hospital personnel she was allergic to hydromorphone (Dilaudid), but went into cardiac arrest after receiving an injection of the drug.

Second, despite the presence of a lawfully executed “do not resuscitate” (DNR) advance directive, she was successfully resuscitated and now faces continued pain and medical bills.

The staff had been aware of her DNR order and had even issued her a purple bracelet labeled “DNR.” Since the cardiac arrest was allegedly caused by an allergic reaction to Dilaudid, the staff may have felt her problem was not related to her illness and would likely result in a successful resuscitation.

While researching this subject, I found several instances of patients or families suing hospitals and doctors for failing to heed a DNR order or what some have called “wrongful life.”

However, I found only one major case that had gone to conclusion. A Georgia woman had both an advance directive and a healthcare proxy — her granddaughter. She was admitted to a hospital for a cough and eventually required a thoracentesis. The healthcare proxy agreed to allow the procedure to be done but specifically said her grandmother did not want intubation or mechanical ventilation.

A 2017 paper in the Journal of Clinical Ethics said the patient was temporarily intubated and ventilated during the thoracentesis. She was extubated, but a bout of respiratory distress was treated with intubation and mechanical ventilation again without consulting the granddaughter. The patient died 2 weeks later.

The granddaughter sued, and the hospital settled for $1,000,000. I believe this is the first such case settled for that much money. The biggest problem was failure of the doctor to communicate with the healthcare proxy.

But many issues in medicine are not black or white. Here’s the other side of the story. An elderly Boston man suffered a cardiac arrest in a hospital CT scanner and was resuscitated. The resident who treated him wrote that during the code, a nurse discovered a 6-year-old advance directive saying he did not want to be resuscitated in his chart.

But the code team noted that he had walked into the hospital for the test and felt certain they could save him. They contacted his son and healthcare proxy who said: “My father would want everything done to save his life.” The code was successful. He was weaned from mechanical ventilation and extubated after a few hours. He thanked his doctor and was discharged from the hospital 2 days later.

A DNR order and an advance directive may not necessarily be the same. For more information, read an interview with the plaintiff’s lawyer in the Georgia case.

Whether to resuscitate a patient or not may depend on the circumstances (e.g., whether an event is likely reversible or not), the wording of an advance directive, and/or the wishes of the healthcare proxy.

If possible, explain the possible scenarios and outcomes of resuscitation and DNR to your patients and their families well before a cardiac arrest occurs.

Communicate with patients and their healthcare proxies.