Tensions between Washington and Beijing have escalated in recent months amid a growing number of US Navy “freedom of navigation” missions in the South China Sea and Chinese efforts to beef up its military presence in territories over which several Asian powers have overlapping claims.

Speaking at a Chinese military industry summit on December 20, Luo took aim at the US military, which he described as one of “five cornerstones” of possible US weakness. According to the academic, “what the United States fears the most is taking casualties.”

Pointing to China’s growing anti-ship and cruise missile capabilities, which he said are now able to get past a carrier’s escorts, Luo said that the destruction of a single carrier would cost 5,000 US servicemen’s lives, while destroying two such carriers would double the losses.

“We’ll see how frightened America is,” he said. 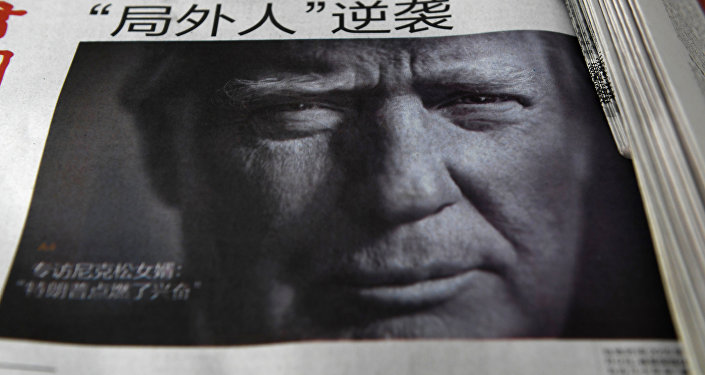 Speaking more broadly, Luo said that in dealing with Washington, Beijing must “use its strength to attack the enemy’s shortcomings. Attack wherever the enemy is afraid of being hit. Wherever the enemy is weak, just focus on developing [an advantage].”On trade, for example, the admiral suggested that China has three “bargaining chips,” including soybean exports from Iowa, a state Trump must carry in the 2020 election, the US automotive industry, which he called “second-rate,” and aircraft manufacturing, which is heavily dependent on Chinese purchases.

Luo suggested that the “five cornerstones” China can use to pressure the US include its military, the dollar, its talent, the electoral system, and its fear of adversaries.

On Monday, President Trump signed the ‘Asia Reassurance Initiative Act of 2018’ into law. According to the White House, the legislation, which authorises $1.5 billion to counter China’s strategic influence worldwide, establishes a multi-pronged strategy for advancing US security and economic interests in the Indo-Pacific region.

US, China ‘Will Meet More and More on High Seas’ – Navy Chief Richardson

Last month, a Washington-based think-tank warned that the US Navy was at risk of losing its superiority, given difficulties in countering challenges “posed by great powers like China and Russia.” These threats included the latter countries’ missile capabilities and insufficient US capacity to counter them with existing missile defence systems.China and half-a-dozen other countries including Brunei, Indonesia, the Philippines, Malaysia, Vietnam, and Taiwan have competing claims over parts of the South China Sea, a strategic and economically crucial waterway through which some $5 trillion in annual global trade passes.

China controls the vast majority of islands, reefs and shoals in the region, and has built a number of artificial islands in a bid to further shore up its claims. Beijing has insisted negotiating the issue at the regional level, with the US turning to naval freedom of navigation missions to contest China’s claims. In a separate dispute, China, Japan and South Korea have competing interpretations of the extent of their respective exclusive economic zones in the East China Sea, another strategically important waterway.

Iran is right: US needs to remove sanction, then dialogue

Sanction the Axis of Mercenary and Terrorist Evil: Azerbaijan, Turkey, and Georgia

Syria Again under Fire! Another alleged attack by Israel which opened...