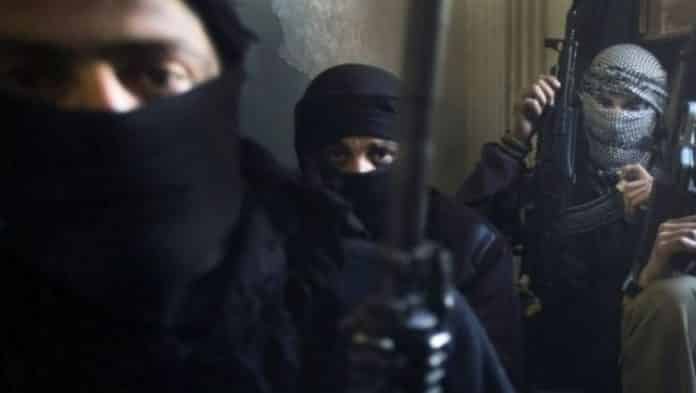 Traditionally focussed on ultra-conservative Sunni Islam, Saudi funding in the era of Crown Prince Muhammad bin Salman has been streamlined and fine tuned to ensure that it serves his geopolitical ambitions, primarily stymying the expansion of Iranian influence in the Middle East and North Africa and enhancing the kingdom’s global impact.

The effort, however, has so far produced a mixed bag. Spending is down but more targeted. Saudi Arabia has handed over control of the Grand Mosque in Brussels in a move designed to demonstrate its newly found moderation and reduce the reputational damage of a Saudi ultra-conservative management that had become contentious in Belgium.

Yet, monies still flowed to militant, ultra-conservative madrassas or religious seminaries that dot the Pakistani-Iranian border. The kingdom’s focus, moreover, has shifted in selected countries to the promotion of a strand of Salafi ultra-conservatism that preaches absolute obedience to the ruler, a corollary to Prince Muhammad’s crackdown on critics and activists at home.

Saudi non-governmental organisations that once distributed the kingdom’s largesse to advance ultra-conservatism as well as officials have adopted the language of tolerance and respect and principles of interfaith but have little tangible change at home to back it up.

To be sure, Prince Muhammad has lifted the ban on women’s driving, enhanced women’s work and leisure opportunities and kickstarted the creation of a modern entertainment industry, but none of these measures amount to his promise to foster an unidentified but truly moderate form of Islam.

The prince’s moves, moreover, have been accompanied by an embrace of the European right and far-right as well as Western ultra-conservative groups that, by and large, are hardly beacons of tolerance and mutual respect.

“Saudi Arabia with MBS [Muhammad bin Salman] as crown prince has not been advocating Islamic religious reform,” said Middle East scholar H.A. Hellyer, referring to the Saudi leader by his initials. He added:

Prince Muhammad’s interest in non-Muslim ultra-conservative groups in the West fits a global pattern, highlighted by political scientists Yascha Mounk and Roberto Stefan Foa, in which technological advances and the increased importance of soft power that lie at the root of Russian intervention in elections in the United States and Europe, have informed the information and public relations policies of multiple autocratic states.

Technology and soft power are, according to Mounk and Foa, are likely to spark greater efforts by authoritarians and autocrats in general to influence Western nations and undermine confidence in democracy.

“Indeed, China is already stepping up ideological pressure on its overseas residents and establishing influential Confucius Institutes in major centres of learning. And over the past two years, Saudi Arabia has dramatically upped its payments to registered US lobbyists, increasing the number of registered foreign agents working on its behalf from 25 to 145… The rise of authoritarian soft power is already apparent across a variety of domains, including academia, popular culture, foreign investment and development aid,” Mounk and Foa said.

Saudi Arabia, alongside other Gulf states, including the United Arab Emirates, Qatar, Oman and Kuwait, as well as China, have furthermore been major donors to Western universities and think-tanks and developed media outlets of their own such as Qatar’s AlJazeera, Turkey’s TRT World, China’s CCTV and Russia’s RT that reach global audiences. They compete with the likes of the BBC and CNN.

The need for Saudi Arabia to acquire soft power was driven home by mounting Western criticism of its war in Yemen and condemnation of the killing of journalist Jamal Khashoggi on the premises of the Saudi consulate in Istanbul.

The Saudi effort to do so by garnering conservative, right-wing and far-right support was evident in Northern Ireland.

“It may be entirely coincidental that the man who channelled £425,622 to the DUP had such extremely high-level Saudi connections. We simply don’t know. We also don’t know whether the… Saudi ambassador had any knowledge of his father’s connection to Richard Cook,” O’Toole said.

Similarly, Saudi Arabia has invited dozens of British members of parliament on all-expenses paid visits to the kingdom and showered at least 50 members of the government, including Teresa May, with enormous hampers of food weighing up to 18 pounds.

One package destined for a member of the House of Lords included seaweed and garlic mayonnaise; smoked salmon, trout and mussels; and a kilogram of Stilton cheese. Others contained bottles of claret, white wine, champagne, and Talisker whisky despite the kingdom’s ban on alcohol.

In a move similar to Russian efforts to influence European politics, Saudi Arabia has also forged close ties to conservative and far-right groups in Europe that include the Danish People’s Party and the Sweden Democrats as well as other Islamophobes, according to member of the European parliament Eldar Mamedov.

Writing on LobeLog, Mamedov said the kingdom frequently worked through the European Conservatives and Reformists (ECR) bloc, the third largest grouping in the European parliament. Saudi Arabia also enjoyed the support of European parliament member Mario Borghezio of Italy’s Lega, who is a member of Europe of Nations and Freedom (ENF), a bloc of far-right parties in the parliament.

The kingdom’s strategy, in a twist of irony, although in pursuit of different goals, resembles to a degree that of one of its nemeses, Indonesia’s Nahdlatul Ulama, the world’s largest Muslim non-governmental organisation that has opposition to Saudi Arabia’s puritan strand of Islam carved into its DNA and has forged close ties to the European right and far-right in its bid to reform the faith.

The Saudi strategy could prove tricky, particularly in the United States, depending on the evolution of US special counsel Robert Mueller’s investigation into foreign interference in the 2016 election that brought President Donald J. Trump to office.

Mueller reportedly is set in court filings to unveil efforts by Saudi Arabia, its reputation in the US tarnished by the Khashoggi killing, and the United Arab Emirates, the kingdom’s closest ally, to influence American politics.

Commenting, Harry Litman, a former US attorney, said:  “I guess what Mueller has to date has turned out to be pretty rich and detailed and more than we anticipated. This could turn out to be a rich part of the overall story.”

A podcast version of this article is available on Soundcloud, Stitcher, TuneIn and Tumblr.