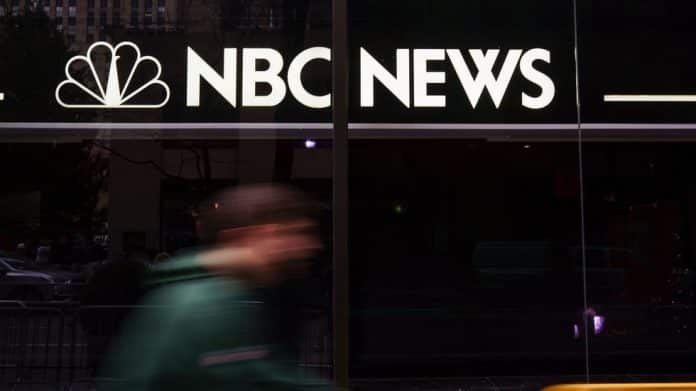 [ Editor’s Note: This was quite a New Year’s gift, to see a veteran national security journalist leave a major corporate news platform with a goodbye letter to his colleagues reviewing his being fed up with the free pass the powerful now get from most media.

Some would expect he was a VT plant, but alas he was not, just a kindred spirit that bemoans how far our third estate has sunken. The Founding Fathers would be most disappointed.

Don’t expect to see the other networks give this much play, as the last thing they would want to start is an open discussion between their journalists and the public about the state of fake news in the US and most everywhere, due to various pressures, not just one by any means.

We will have to see if Arkin will be doing any interviews. We will wait, as he would probably want to see if NBC competitors might pick him up. But I suspect they would be wary of others following in his steps, so they will probably stiff-arm him.

We shall try to make contact to see what his plans are, as in doing second-tier media interviews. When he walked out, he knew his path would not be strewn with roses, but we would like him to know that we greatly respect what he did, and hope more follow the example.

It is long past due for a revolt from the inside US media … Jim W. Dean ]

NBC News has given endless war and ‘destructive’ intelligence agencies a free pass, all while fixating on around-the-clock Trump hysteria, a veteran national security reporter wrote in a biting farewell message to his colleagues.
–

William M. Arkin had a number of pointed words to share with his fellow reporters before his last day of work at NBC on Friday – 2,228, to be exact. In his farewell memo – which reads more like a manifesto than a goodbye –the veteran muckraker accused NBC of peddling “ho-hum reporting” that “essentially condones” endless American military presence in the Middle East and North Africa.

He also took the network to task for not reporting “the failures of the generals and national security leaders,” essentially becoming “a defender of the government against Trump” and a “cheerleader for open and subtle threat mongering.”

Arkin expressed concern that NBC’s infatuation with the “Trump circus” has distracted journalists from pressing stories that need to be told. 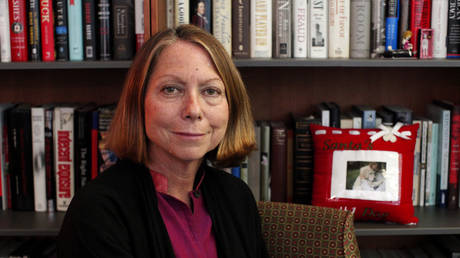 “I’m more worried about how much we are missing. Hence my desire to take a step back and think why so little changes with regard to America’s wars,” he wrote.

He continued by questioning the media’s fanatical opposition to Trump’s desire to improve relations with Russia, denuclearize North Korea, and withdraw from Syria.

“I’m alarmed at how quick NBC is to mechanically argue the contrary, to be in favor of policies that just spell more conflict and more war. Really? We shouldn’t get out Syria? We shouldn’t go for the bold move of denuclearizing the Korean peninsula?

Even on Russia, though we should be concerned about the brittleness of our democracy that it is so vulnerable to manipulation, do we really yearn for the Cold War? And don’t even get me started with the FBI: What? We now lionize this historically destructive institution?” he quipped.

If anyone is qualified to critique NBC’s military and national security reporting, it would be Arkin. The veteran journalist has worked for the network intermittently for the last 30 years, and co-authored a seminal Washington Post investigation revealing the dangerous rise of America’s security state.

Even if one hates @realDonaldTrump Mattis’ resignation letter and the tsk tsking of near everyone is bad news for democracy. Mattis shouldn’t have taken the job, was never the savior, and did nothing but continue long standing go nowhere policies.

My guess is Mattis 2020. On Syria and Afghanistan (and North Korea) Trump has the right instincts. And on national security stagnation, both in warfare and in thought. Again, he has no ability to implement or even learn but the enemies of Trump shouldn’t become the war party.

Arkin has also been a vocal critic of America’s wars in the Middle East, and distinguished himself as one of the few mainstream journalists to question the fictitious WMD rolled out to justify war with Iraq.

Many on social media expressed their gratitude to Arkin for shining a light on the media’s complacency – and complicity – as America’s military and national security apparatus operate with near impunity both at home and abroad.

“Very useful to have all our well known suspicions confirmed from inside. there’s a reason revolutions make a priority to take over the tv stations,” one Twitter user noted. Geopolitical analyst Emma Ashford noted that Arkin’s letter was “a very fair criticism of most mainstream news networks.”

There are journalists out there doing great work on these issues, but this strikes me as a very fair criticism of most mainstream news networks.

Too much attention to the “Trump circus,” not enough to covering or challenging American wars abroad. https://www.cnn.com/2019/01/02/media/william-arkin-departs-nbc-news/index.html …

Arkin finished his farewell roast by detailing some of his writing projects currently in the works, including an “extended essay about national security and why we never seem to end our now perpetual state of war.”

“There is lots of media critique out there, tons of analysis of leadership and the Presidency. But on the state of our national security? Not so much. Hopefully I will find myself thinking beyond the current fire and fury and actually suggest a viable alternative. Wish me luck.”