As you’d expect, Israel’s new ambassador to Ireland won’t be drawn on most things, but when an Irish senator accuses his kin of “Goebbels-style” propaganda in the Emerald Isle, surely he’ll come close?

Speaking to Jewish News this week, Ambassador Ophir Kariv was happier to talk about the Bill being debated when those comments were made last Wednesday. “It’s the most extreme anti-Israel legislation in Europe,” he says. But it’s a start – the word “extreme” is used advisedly by diplomats.

Until two months ago, Kariv was heading the northern Europe desk at Israel’s Ministry of Foreign Affairs in Jerusalem. Now he’s Israel’s man in Dublin, arriving to face the Control of Economic Activity (Occupied Territories) Bill 2018, which most Irish politicians support.

If passed, the Bill would criminalise Irish residents or businesses for trading with Jewish settlements, making Ireland the first EU state to legalise a boycott. A majority of senators from parties such as Sinn Fein support it and after two readings it is progressing unruffled to the lower house, where Kariv hopes it will meet a brick wall in the form of the Irish government.

“It’s not a pro-Palestinian Bill,” he says, acknowledging a groundswell of support for the Palestinian cause in his new home. “Why? Because it won’t help Palestinians.”

Supporters of the Bill say it targets only the settlements, which are illegal under international law, and Irish ministers say they “understand” the Bill’s intentions. But, they add swiftly, that doesn’t detract from the fact it would be “contrary to EU law, requiring the State to do something not in its power”. 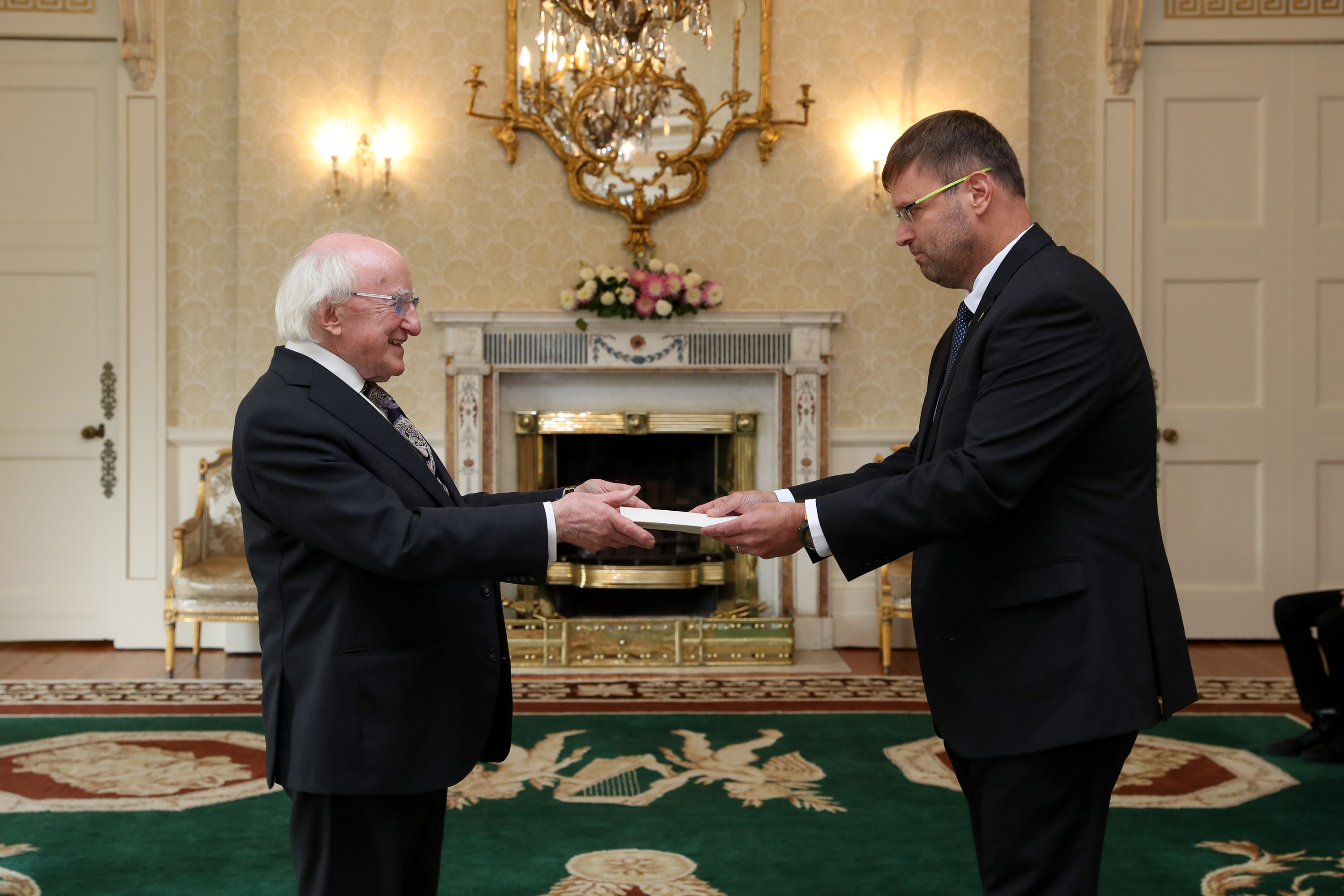 That is because external trade rules in the Single Market are an “exclusive competence of the European Union, so goods from settlements can only be excluded at an EU level,” not by an individual member state. Kariv agrees. “It criminalises people who trade with Israeli citizens in the place where the Jewish people were born,” he says. “Settlements are part of final-status negotiations, but we should remember the historic aspect to this discussion. The Jewish people were born in the same area as the settlements.”

He seems to suggest boycotting settlements equates to denying the Jewish people the right to exist in their historic homeland, a controversial view given all the UN resolutions and the ’67 borders, but continues apace. “This Bill denies or annuls any connection between these areas and Jews living in these areas, the birthplace of the Jewish people. By criminalising trade contact, you say they have no right to live in this part of the world. It’s a terrible thing to say.”

Although the Bill’s supporters disagree, citing their own legal advice, Ireland’s attorney-general thinks all this talk is hypothetical, because the Bill is illegal. Foreign Minister Helen McEntee says if it is it would leave Ireland with a hefty bar tab. 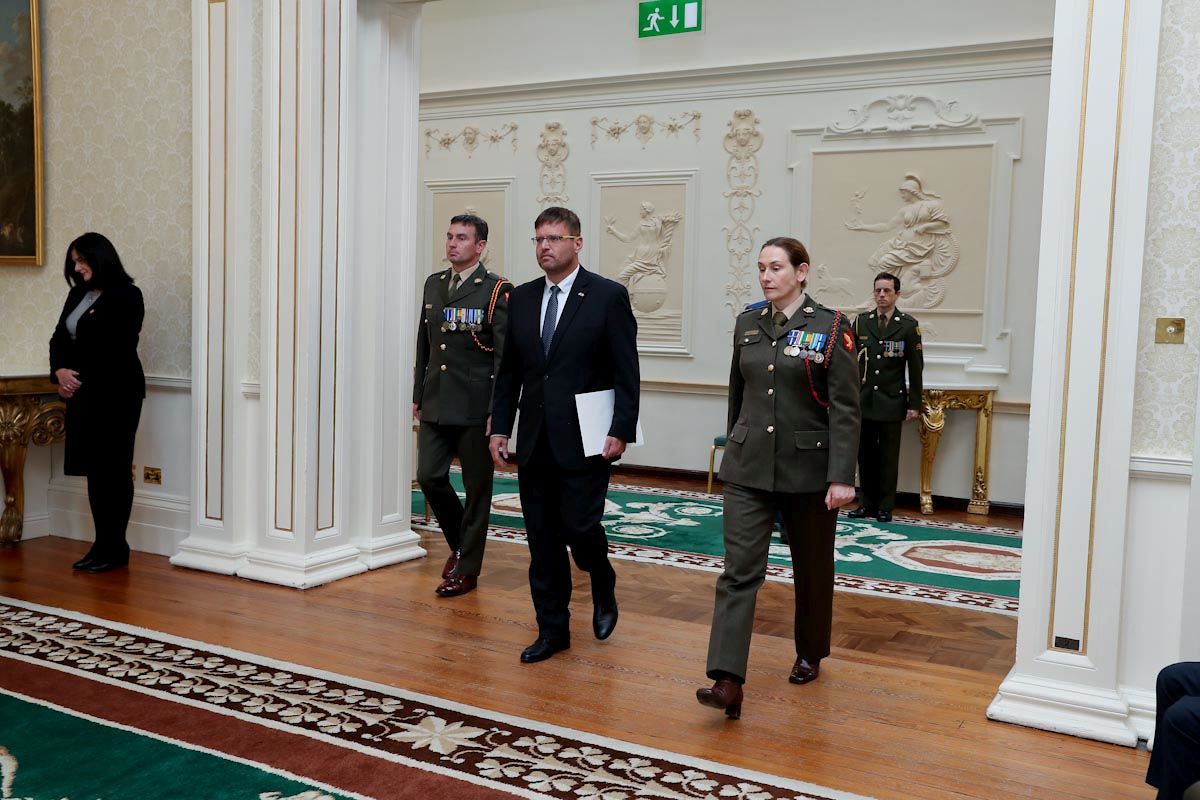 “We have every reason to believe the enactment of this Bill would expose the State to legal action, not only by the European Commission but also by the parties claiming to have been adversely affected by the Bill,” she said. “We expect that the State would be liable for recurring damages so long as the law remained on the Statute Book. This is not a course into which any Government would willingly enter against its own legal advice.”

Kariv won’t be drawn on whether Israel would take legal action, or on Irish internal processes, but says even if the “morally bad” Bill did become law, Irish-Israeli trade is so small that the impact would be “very little”, adding: “I don’t know its impact on Ireland.”

Has incomer Kariv found anti-Israel hostility in Ireland? No, he says, “because people here engage in conversation”. In the Senate, however, there are contrary accusations, levied by Independent Senator David Norris. 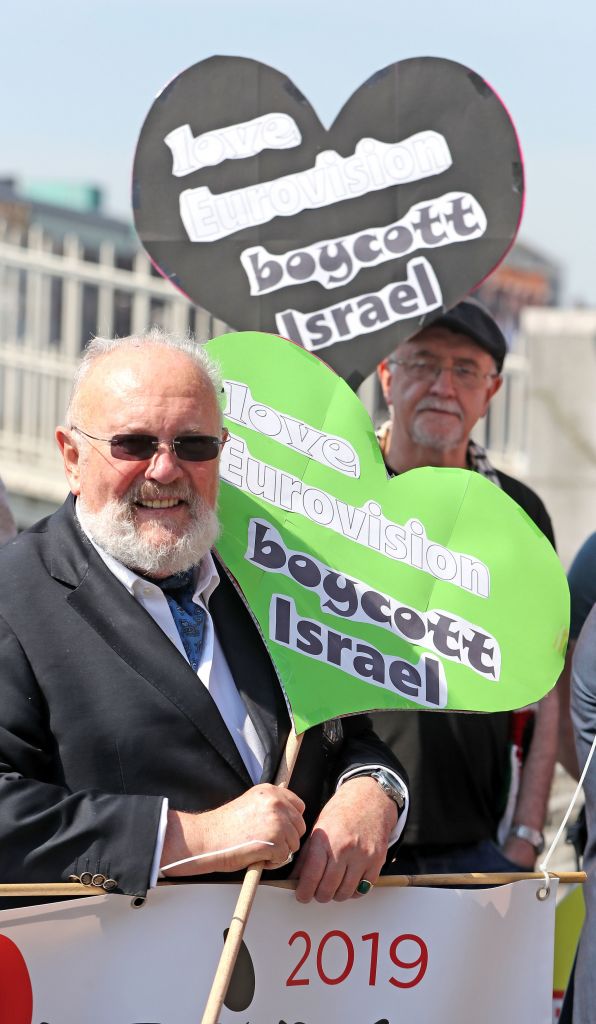 Ireland won’t get full EU backing because “the Germans have such a conscience about the Holocaust that they will never do anything”, says Norris, before adding: “There is a nasty campaign by the Israeli Government against the Bill.” He cites a Facebook video advertisement in which a Palestinian girl launches an attack with a knife, and quotes Israel critic Norman Finkelstein as saying it was placed by the Israeli Ministry of Strategic Affairs.

“This kind of interference is unacceptable,” Norris says. “Other people who have taken positions on the Bill have had this advertisement pop up too. I point out this kind of Goebbels-style operation going on from the Israelis which is to be condemned.”

I put it to Ambassador Kariv a senior Irish politician has just accused the Israeli government of Nazi propaganda – worthy of Goebbels himself – in order to kill anti-Israel legislation. Surely he’ll be drawn now. So, what says he? “I don’t know about this, but what we do is voice our concerns…” Fine, but he knows about it now – so what does he think?

“Again I’m not aware, but if we go around sharing or expanding allegations about Nazi campaigns, I’m sure Mr Norris will be quite aware of the Nazi anti-Israel, anti-Jewish campaigns Palestinian friends are initiating.”

Is that it? Is there anything more Ambassador Kariv thinks about this remarkable remark that’s been levelled at the state he’s there to represent? “Do I really have to react to this?” he asks, surprised. No, I say, of course not. I just thought he may think it was an extraordinary claim. He sighs, pauses, and speaks. “This kind of antisemitic allegation – and again I want to make sure that not everybody who criticises Israel is an antisemite, not at all, I’m not making the comparison – but when you equate Israel to Nazis, I would refer David Norris to the International Holocaust Remembrance Alliance (IHRA) definition of antisemitism to see the category his claim falls into.” So, does Kariv hope to encourage the Irish government to adopt the IHRA definition? He won’t be drawn.

Listen to this week’s episode of The Jewish Views podcast!