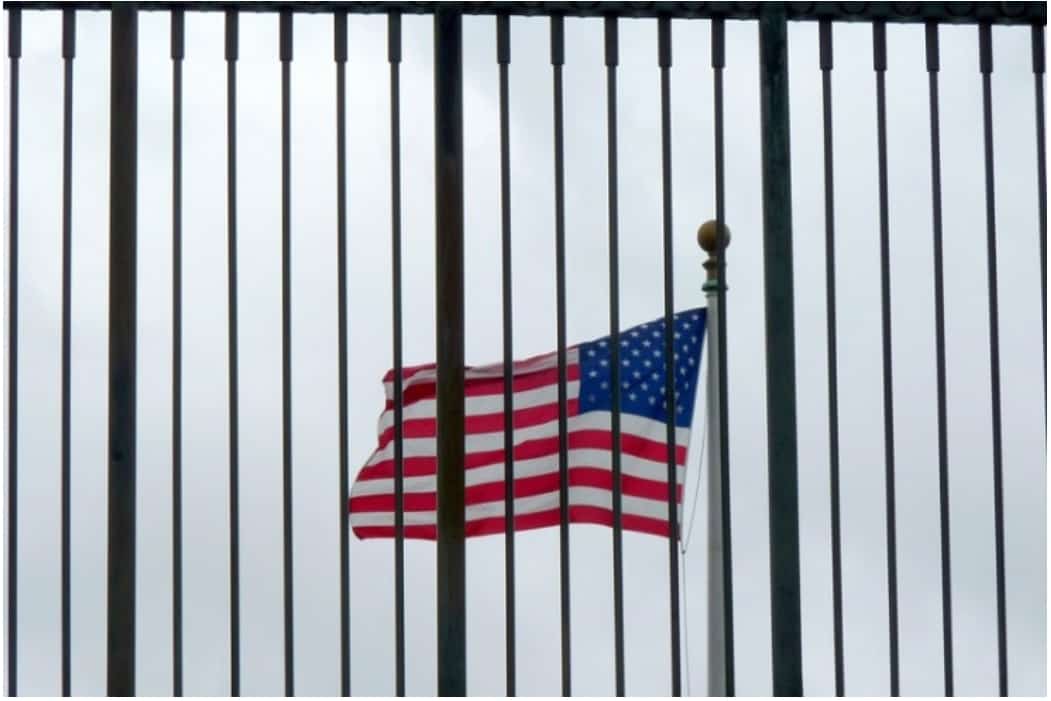 As of the beginning of 2019, America enters a meltdown. Congress, under the House leadership of Nancy Pelosi, says President Trump may well be indicted for crimes, election fraud, conspiracy, obstruction of justice, tax evasion, no one is sure except maybe Special Counsel Robert Mueller.

What is known, however, is that the deterioration of rule of law in the US has gone on for decades with the scales of justice under the absolute control of the powerful and corrupt. What is also know to anyone who pays remote attention is that it is the GOP, which doesn’t necessarily mean Donald Trump, that has been bought and paid for by special interests.

This issue has come to light only recently, and to a degree few are aware, as moves unseen by the public are bringing potential reforms into play. The powerbases within the military and intelligence community, never well understood and too often assumed to be owned by Israel or Wall Street, are close to quietly assuming power.

Past that, business leaders are also organizing, terrified of runaway policies that have led to even deeper debt, potential civil unrest and, most threatening of all, the collapse of the dollar.

Even less well known are groups that have long recognized and opposed the Deep State, even when it was called “the Illuminati” or “Bilderbergers” or whatever the flavor of the month term may have been. The enemies of entropy, some now with potential billions of dollars in backing, stand ready to issue a secret ultimatum to Donald Trump.

Trump is the “wild card,” neither “goose nor gander.” Behind his visible gross incompetence and outrageous behavior are occasional acts of defiance that may be accidental or may be utter brilliance, no one really knows.

Be that as it may, the only way America can be saved, not just through newfound isolationism or trade wars, is through restoration of traditional checks and balances that long ago melted away as the fake “conservative right” reengineered America’s institutions to fail.

America was never intended to be a democracy. With a population of immigrants, many incredibly poor and uneducated, any political con man, like perhaps Donald Trump, if the example fits, could hoodwink Americans into political suicide.

America under her current constitution wasn’t really founded by “Founding Fathers,” but rather by those who came by later, opportunists, speculators and too many with strong ties to secret societies and European banks, if historian Charles A. Beard is to be believed as expressed in his 1913 seminal work, An Economic Interpretation of the United States. From Wikipedia, a weak but usable interpretation though wrought with the usual error that infects all Wikipedia works:

“An Economic Interpretation of the Constitution of the United States argues that the structure of the [Constitution of the United States] was motivated primarily by the personal financial interests of the Founding Fathers; Beard contends that the authors of [The Federalist Papers] represented an interest group themselves. More specifically, Beard contends that the Constitutional Convention was attended by, and the Constitution was therefore written by, a “cohesive” elite seeking to protect its personal property (especially federal bonds) and economic standing. Beard examined the occupations and property holdings of the members of the convention from tax and census records, contemporaneous news accounts, and biographical sources, demonstrating the degree to which each stood to benefit from various Constitutional provisions. Beard pointed out, for example, that George Washington was the wealthiest landowner in the country, and had provided significant funding towards the Revolution. Beard traces the Constitutional guarantee that the newly formed nation would pay its debts to the desire of Washington and similarly situated lenders to have their costs refunded.

Put into more modern terms for understandability, moves toward reforming term limits for congress, removing corporate and foreign cash from elections, reforming electoral districts, reforming the committee system in congress itself, these and more are needed to restore a semblance of representative government to America.

Simply put, even with congress totally restructured, the runaway Supreme Court would require disbanding as well, it is a total failure, a “star chamber” owned by organized crime.

Other institutions, let’s look at the courts. Money owns America’s courts and the rich appoint the judges, at least most of the time. Trump’s own appointments are 100% corrupt, a reason, a very good reason, to be suspicious of Trump’s real intent.

From day one, Trump has backed powerful special interests that victimize Americans, pollution, dangerous foods, untested and overpriced drugs, financial scams and wholesale robbery of the US Treasury by “insiders” who contribute to right wing candidates.

The evidence here is overwhelming.

But courts are more than lawsuits and judges who protect criminals who victimize investors and consumers. Courts send people to prison.

Toward that end America’s legal system is among the world’s worse. No one really knows how many Americans are in prison or under lessened freedom due to court findings, as many as 13 million some sources say.

From a University of Georgia 2010 study:

“Because the U.S. does not maintain a registry of data on people with felony convictions, researchers calculated estimates based on year-by-year data and used demographic methods to estimate the numbers of deaths and re-incarceration to establish a number for each state and year.

The study estimates that as of 2010 there were 19 million people in the U.S. that have a felony record, including those who have been to prison, jail or on felony probation.

Maps in the study illustrate the combined felony populations by state as of 2010, because states vary in their criminal justice policies, especially in how law enforcement, incarceration and community supervision are emphasized.

States use different policy levers to decide how to sentence people, Shannon said. For example, Georgia and Minnesota have high rates of people on felony probation, though Minnesota is a low incarceration state. Georgia leads the nation in rates of probation.

‘In our communities all over the country people are living, working, paying taxes, or otherwise getting by all while facing the consequences of criminal justice experience that limit their life chances and also have spillover effects into our other social institutions,’ Shannon said.”

Simply put, America puts people in prison, often prisons owned by corporations, corporations that pay to elect politicians that pass more and more laws criminalizing everything imaginable and promoting longer and longer prison sentences for anyone except, of course, the most dangerous “white collar” criminals of all, the members of congress themselves.

Another institution is the press, hardly free, each year the “fake news” as Trump calls it, falls under more and more censorship or corporate ownership, which is one and the same. Where independent news may once have been seen as “conspiracy theory,” recent observation has shown that the internet monstrosities, Google and Facebook, with YouTube, Twitter and service providers onboard, are the real control of an unending and totally pervasive flow of rigged and fabricated information custom tailored to confuse and victimize.

Past that, the traditional media is simply along for the ride, making it all up, seeing vast financial incentives in “dumbing down” America.

With a system rigged to fail, corrupt police, jails for profit, fake news, fake history and a government that answers only to itself, the rule of law is less than even a memory. If the rule of law is to be restored, how much will the “powers that be” fight back? Are we describing civil war?

Gordon Duff is a Marine combat veteran of the Vietnam War that has worked on veterans and POW issues for decades and consulted with governments challenged by security issues. He’s a senior editor and chairman of the board of  Veterans Today, especially for the online magazine “New Eastern Outlook.”
https://journal-neo.org/2019/01/05/death-of-democracy-america-s-loss-of-rule-of-law/