[ Editor’s Note:  I have a strong suspicion that an intelligence agency is feeding these hacked documents to one of the always available unidentified hacker groups who miraculously avoid arrest and prosecution, despite the massive surveillance assets available among the targeted countries.

It is wonderful to see the fake Skripal attack back in the news – a disgraceful false flag by you know whose Intel that was a con on the whole world, and a poor con, as it made no sense at all. But the most shocking part about the staged attacks (or pretend attacks) is how “motive” has been completely erased as having anything to do with those targeted, who are then blamed.

We saw this throughout the Syrian war, where Assad was vilified for allegedly gassing his own people, without any effort to explain why he would do such a thing, when there was no benefit to him in terms of the war effort or politically.

Yet we saw our industrial-scale, fake media parrot the claims that were obvious false flags without the slightest skepticism, seeming to be totally unconcerned about any long term negative effect on their own reputations.

However, this article poses the most credible explanation, which is that the media knows the Intel agencies are feeding them bogus material to be used as “source” material, and they just suck it up and publish to pull the readership they need to stay in business under difficult financial conditions.

The last thing they want to do is piss off the domestic Intel agencies who are capable of laying all kinds of grief on them. So they are easily intimidated. Real, supported, investigative journalists are on their way to eventually being stuffed dummies in museums.

We here at VT will not be among them. Expect to see more squeeze moves put on real media covering these Skripalesque media scandals, which boils down to treason inside the agencies – as Gordon has described – by those having sold out at the top… Jim W. Dean ] 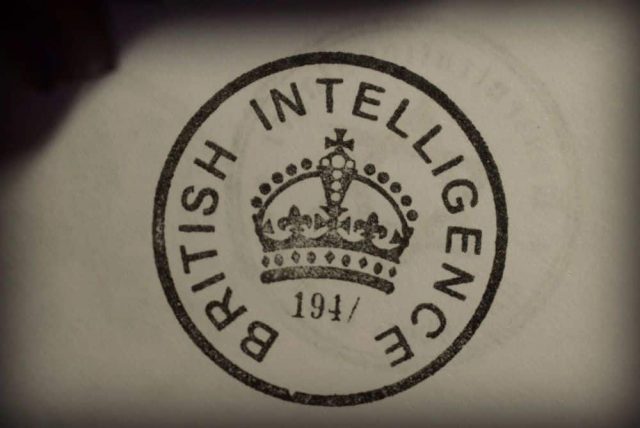 Hackers who leaked documents from the Integrity Initiative, a shadowy outfit funded by the UK government, claim they show its connections to the March 2018 alleged poisoning attack in Salisbury and proposed actions against Russia.
–

The Integrity Initiative (II) was set up in 2015 by the equally shadowy “Institute for Statecraft,” according to the documents published online in November by hackers calling themselves a part of the Anonymous collective. While Anonymous has denied the group was behind the leak, the Institute confirmed the authenticity of the first batch of documents.

The hackers posted a fresh batch of documents purportedly from the Initiative and the Institute on Friday, hinting that both outfits had connections with Western media coverage of the March 2018 alleged poisoning of former Russian spy Sergey Skripal, and the actions against Russia taken subsequently by the UK government and its allies.

What role did #IntegrityInitiative play in the #Skripal affair? I looked for answers from a brief look at the newly released files. More very much to follow…. https://sputniknews.com/europe/201901041071225427-skripal-integrity-initiative-miller/ … #SergeiSkripal #Disinformation #Propaganda #InformationWar

Hacking syndicate Anonymous has just released its fourth tranche of documents hacked from the internal servers of the Institute for Statecraft and its subsidiary, the Integrity Initiative. Several…

One of the documents is the confidential report by Harod Associates, a company hired by the Initiative to conduct “mainstream & social media analysis” of the Skripal scandal coverage. The entire undertaking was dubbed “Operation Iris.”

Among those who found themselves named “Russian trolls” and Kremlin agents in the report were Ukrainian-born pianist Valentina Lisitsa and a gentleman from Kent who goes by Ian56 on Twitter.

Neocon Fascist, al-Qaeda Supporting Treasonous Scumbag @Benimmo is having a laugh with £2m of Taxpayers money.

Nimmo should be IN JAIL for Fraud & Treason

They didn’t even include my best ones and they didn’t show the pic that went with each tweet.
I wonder why?#Skripal#Novichok#FalseFlag pic.twitter.com/Zq8W9iJshk

“The Insider” – the same “Insider”, that was credited by Bellingcat with “outing Boshirov and Petrovas GRU agents” – has investigated and found me guilty of passing Putin orders to French yellow jackets. I kid you not. https://twitter.com/Antifake_Russia/status/1073112488072437760?s=19 …

Another document, dated March 11, 2018, contains a “Narrative” of the Skripal incident, blaming Russia and President Vladimir Putin personally and containing a number of recommended actions, such as boycotting the 2018 World Cup, starting campaigns to boycott the Nord Stream 2 gas pipeline from Russia to Germany and block Russian access to SWIFT international banking system, but also to “ban RT TV and Sputnik from operating in the UK.”

Other suggestions include propaganda directed at British Muslims “to publicise what has been happening with their Muslim brethren in Crimea since the Russian invasion” (sic) and getting members of Parliament to publicize the “threat Russia poses.”

ALSO ON RT.COMWas ‘Institute for Statecraft’ behind Ofcom’s targeting of RT? Sleuths point to yesThe document dump also contains the April 14, 2018 email from Andy Pryce, whom the hackers describe as “chief propaganda man” at the Foreign and Commonwealth Office, containing the official government narrative of the Skripal affair and the alleged chemical attack in Douma, Syria. Pryce ends the email by recommending “good sources of further information” on alleged Russian propaganda, including the Atlantic Council’s DFR Lab, Bellingcat and Stopfake.

Documents obtained and published by the hackers also show connections between Skripal’s recruiter and neighbor Pablo Miller, the Institute for Statecraft, and the so-called rescue group White Helmets, created in militant-held areas of Syria by a former British official in 2013.

It was already known that Pablo Miller, the MI6 handler of Sergej Skripal, attended #IntegrityInitiative meetings. There is now more material to draw a connection. It is indeed possible that IfS/II initiated the affair.

What role did #IntegrityInitiative play in the #Skripal affair? I looked for answers from a brief look at the newly released files. More very much to follow…. https://sputniknews.com/europe/201901041071225427-skripal-integrity-initiative-miller/ … #SergeiSkripal #Disinformation #Propaganda #InformationWar

There are also several invoices from Dan Kaszeta of the Institute for Statecraft, for articles he wrote as supposedly a chemical weapons expert advancing the Institute’s narrative on both the Skripals and Syria.

The most intriguing, however, is a document from 2015, in which Victor Madeira of the Institute for Statecraft proposes a series of measures targeting Russia, including mass expulsion of diplomats along the lines of 1971’s Operation Foot. One of the actions by the UK, US and several other NATO countries in the wake of claims that Russia used a nerve agent against Skripal was a mass expulsion of Russian diplomats.

Former MP George Galloway noted that the documents written long before the Salisbury events call for arrests of RT and Sputnik contributors (such as himself), adding, “Makes you think…”

So: #IntegrityInitiative funded by the British Govt called for the arrest of people like me like @afshinrattansi @JohnWight1 @NeilClark66 et al in the event of an “incident” like the #Skripal affair. Written incidentally before the #Salisbury events. Makes you think…@RT_com

Previously published documents have revealed the Initiative and the Institute as being involved in widespread propaganda operations targeting not only foreign countries and media outlets – as one might expect from someone doing the bidding of the Foreign Office – but also domestic political figures, such as Labour Party leader Jeremy Corbyn.