For those of you who continually try to find good where none exists, to forgive Donald Trump for the crimes mentioned daily and forget the irrefutable evidence of his drug addiction and his problem with sexually abusing children.  Let’s also remember Noel Casler and how VT predicted that his video on Trump would be crushed.

Youtube lists this with 2000 views except it got ten times that on VT alone.  Google owns Youtube and Google Ideas Group helps manage the White Helmets who stage gas attacks.

It was Google, more than any other organization, that fed the world endless lies to cover election rigging and then blame it on the Russians.  Google is the Mossad. 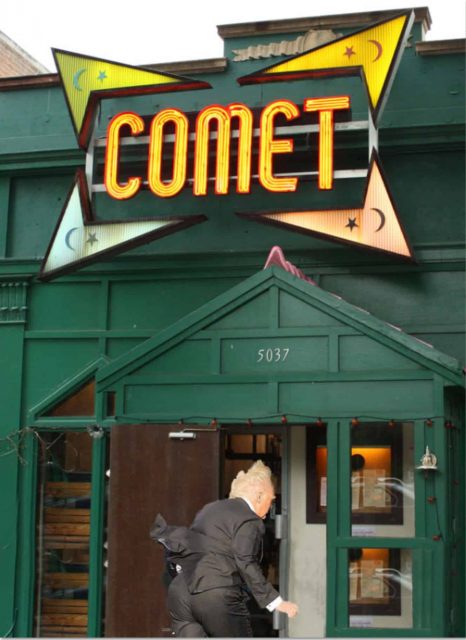 As for Trump, the John Bolton warning below is given while we have solid evidence that Trump has ordered a chemical attack in Ukraine to justify moving a war there as well.

Trump ordered Syria bombed, and Trump has killed more civilians with haphazard bombing of Syrian cities in two years than, well I can’t bring myself to compare Trump to Obama.

Trump’s lies about Syria, his complicity in fake gas attacks, in false flag terrorism, his endless lies, none of this can be forgiven.

He just can’t be fixed and Syria and John Bolton make this totally clear.  When Trump orders the execution by drones of his own White Helmet mass murderers, and then resigns, perhaps permanently, I might reconsider.

John Bolton issued a stern warning to Syrian officials that the planned withdrawal of U.S. troops isn’t an invitation to start using chemical weapons, Reuters reports. The comments from President Trump’s national security adviser came in the wake of Trump’s abrupt announcement that some 2000 U.S. troops, who have backed up Kurdish forces in their fight against ISIS, would leave the war-torn nation. Bolton, who is on a four-day trip to Israel and Turkey, did not say that Syria was poised to use chemical arms, issuing his warning in a hypothetical way, according to Reuters. There is absolutely no change in the U.S. position against the use of chemical weapons by the Syrian regime and absolutely no change in our position that any use of chemical weapons would be met by a very strong response, as we’ve done twice before,” Bolton reportedly said on his plane shortly before arriving in Tel Aviv. “So the regime, the Assad regime, should be under no illusions on that question,” Bolton also said. Trump has bombed Syria on two occasions during his presidency, in April 2017 and April 2018 for the Syrian government’s alleged use of chemical weapons during the conflict. The ongoing war has reportedly left more than 500,000 dead and forced 11 million to flee.