January 6, the operational command of the sixth fleet of the US Navy reported on the movement of the landing ship “Fort McHenry” in the Black Sea. On the ship is about five hundred American soldiers, as well as transporters for the quick landing of military forces on land. 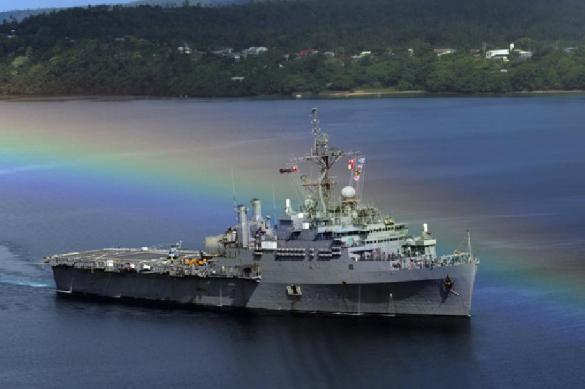 Recall, according to the Montreux Convention, adopted in 1936, warships of countries that do not border the Black Sea, I can not stay in the Black Sea for more than 21 days. However, after the Kerch crisis, US warships regularly visit the Black Sea.

The commander of the operational sixth fleet of the US Navy Lisa Franchetti reported that the landing ship “Fort McHenry” was ordered to go to the Black Sea to show US determination to protect and strengthen relations with NATO partners.

At this point, Fort McHenry is passing through the Dardanelles.

Earlier, Pravda.Ru spoke  about the plans of the United States of America to transfer the solution of the military conflict in Afghanistan to private military companies.