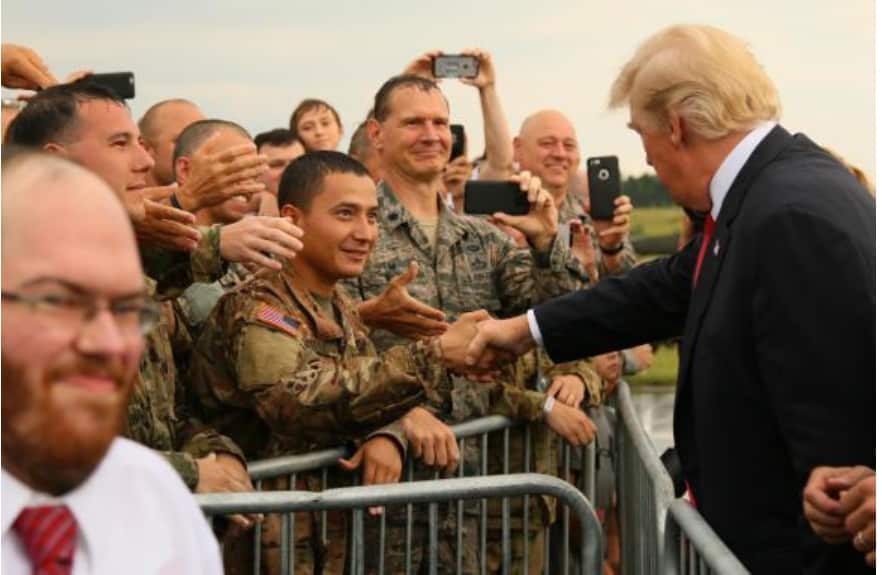 “Trump needs to know his limits. The American occupation of Iraq is over,” the Washington Post quoted, quoting the AP as the head of one of the two main coalitions in the Iraqi parliament, Islah, Sabah al-Saidi. Trump, he said, “slipped” into Iraq, “as if Iraq is one of the states of the United States.” Iraq should not be a platform for Americans to settle their accounts with Russians and Iranians in the region, ”said another faction member.

Noticed that Trump did not meet with officials in Baghdad. The scheduled meeting with Prime Minister Adel Abdul-Mahdi was canceled due to “difference of opinion” on a number of agreements, the administration of the Prime Minister said.

Recall that the US president on Wednesday visited the Ain al-Assad air base, located 100 km west of Baghdad. Trump said he does not plan to withdraw more than 5,000 troops from Iraq, since the airbase can be used if it becomes necessary to attack ISIS in Syria. Trump undertook this voyage after he signed a decree on the withdrawal of the American contingent from Syria , since, in his opinion, the fight against LIH is basically complete, and the remnants of terrorists will be crushed by Turkey.

In 2003, the United States invaded Iraq to destroy the regime of Saddam Hussein and from there in 2011. In 2014, the Americans returned at the request of the Iraqi government to assist in the defeat of the ISIS group, which approached Baghdad.

In May 2018, forces that did not support the presence of Americans in Iraq passed to the parliament. This is the Sayrun bloc of Moqtada al-Sadr, whose deputies form the core of the Islakh coalition in parliament. And this opposition is the coalition Fatah headed by the commander of the Shiite militarized organization Badr.

What prevents Iraq from making an official statement on this issue and asking the Americans to leave?

As the head of the Center for the Study of the Countries of the Middle East and Central Asia, Semen Bagdasarov, told Pravda.Ru , Iraq is a parliamentary republic, but Prime Minister Mahdi is now a neutral figure. “And there is a structure there that wants to cooperate with the United States, this is the same former Prime Minister Haider al-Abadi, who is in coalition with Sadr,” the expert noted . “Iraq is tied to the United States on many issues and not only of a military nature. The Americans, after all, are the main supplier of currency there. From here and so far such indecision to the end.”

Russian oil companies in Iraq are working, we supply them with T-90 tanks , but our relations could be better both economically and politically, summed up Semyon Bagdasarov.

As the Washington Post notes, US companies have significant interests in the petrochemical industry in Iraq.

As Pravda.Ru reported , the Americans wanted to make Iraq a showcase of democracy in the Middle East, but little happened. They destroyed the dictatorship of Saddam Hussein and started the process of change, but the changes did not go according to their plan. Iraq turned over – from Sunni became Shiite. But the Sunnis have not lost their influence. “There is democracy – is to negotiate, because none of the parties does not have the strength to impose an absolute dominance, he said with” Pravda.Ru “of Aveda Department of Theory of Regional MSLU Vadim Makarenko.

Read on:  Panic in Washington: Baghdad creates a military alliance with Iran