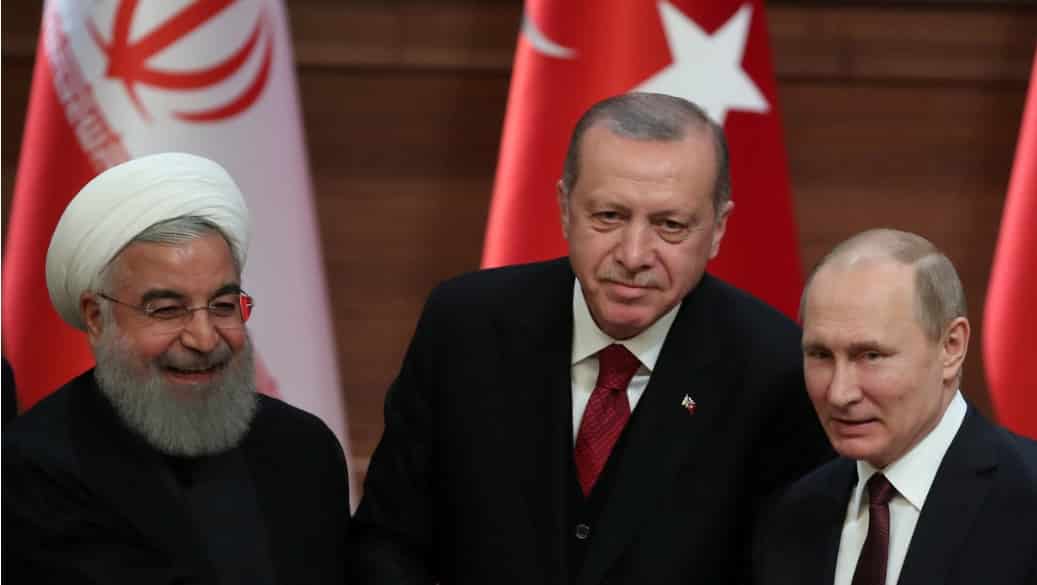 RT: The US is experiencing “certain difficulties” with the withdrawal from Syria, it should be coordinated with Iran and Russia to prevent “terrorists” from taking up the vacated space, the Turkish foreign minister said.
–

“The United States [has] been facing certain difficulties with the process of the troops’ withdrawal from Syria. We want to coordinate this process with Russia and Iran, with which we had arranged work in the framework of the Astana process,” Turkish Foreign Minister Mevlut Cavusoglu said Wednesday.

Cavusoglu visited Moscow late in December to discuss the situation in Syria. On Wednesday, he mulled bilateral talks between Turkey and Iran, giving no timeframe, however.

At the same time, Cavusoglu revealed that a summit between all three partiesis being prepared in Moscow.

The proposal comes as Ankara and Washington are engaged in a bitter war of words over the US troop withdrawal from Syria. On Tuesday, US National Security Advisor John Bolton blasted an opinion piece penned by Turkish President Recep Tayyip Erdogan for the New York Times as both “offensive and wrong.”

Erdogan praised his own efforts in combating terrorism in Syria, while criticizing the US-backed operations in Raqqa and the Iraqi city of Mosul, as well as recalling the “lesson of Iraq” and the “premature declarations of victory” which led to the emergence of Islamic State (IS, formerly ISIS).

Prior to that exchange, Bolton demanded safety guarantees for Syria’s Kurds from Turkey, calling it a precondition for US withdrawal. The Turkish president called Bolton’s demands a “huge mistake” and refused to “swallow” them. He also reiterated Ankara’s resolve to fight “terrorism” in Syria, stressing that it actually seeks to protect the “Kurdish brothers” in the neighboring country.

Russia, along with Turkey and Iran, is a guarantor of the ceasefire in Syria, which has been successfully implemented in several areas throughout the country. Moscow has actively undertaken efforts to settle the years-long conflict, supporting the Syrian government forces in the fight against terrorism, bringing humanitarian relief to civilians, and working on the bringing warring parties to the negotiating table.

The abrupt decision to withdraw troops from Syria announced by President Donald Trump in December was met in Moscow with a great deal of skepticism.

“Concerning the pullout of US troops, I don’t know what that is. The US has been in Afghanistan for 17 years already, and almost every year they say that they’re pulling their troops out. But they’re still there,” President Vladimir Putin said at the time.