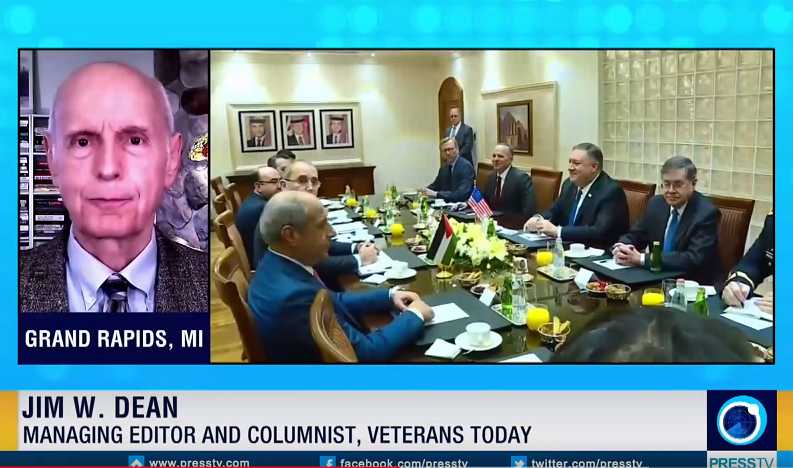 [ Editor’s Note: If the War Party was ever in the closet, it sure as hell is no longer. Pompeo is on the road, doing what he loves to do, threatening those who will not submit to US unipolar status.

I was surprised that when the unipolar crazy uncle was let out of the attic, maybe there would be some serious international response, like kicking the US out of the UN for abrogating its foundational precepts, the big ones.

The UN was founded after the top Nazis were hanged via a showboat trial for “waging an aggressive war”. Fast forward to today and we have the US waging a modern version of that. All must submit or face either economic war or the “full monty” from our military. The Founding Fathers would spit on this unipolar crap, or do something nastier.

The Pentagon has some new reports hitting now, almost like someone felt the timing was right.

One of them is calling for a huge funding to modernize not only the military’s foreign logistics infrastructure, but the domestic one as well, with a tale of woe on how decrepit it currently is to engage in strategic war.

Left out of the report is any mention of our massively outspending everyone else 10 to 1, which eliminates any theoretical threat, as all adversaries are 20 to 50 times behind us in having the logistics capacity to be a “strategic” threat. So the real risk is mutually assured destruction as everybody’s final defense.

What I smell going on here is that after Trump’s getting his big nuclear weapons bill through, along with the big navy, the logistics guys want their future secured so they don’t miss out on the gravy train.

And there is nothing in the report about the “danger” to our country due to massive deficit military spending on fake threats. Color me embarrassed.

This was my first news interview since last Spring, as I was dealing with family estate issues all summer, lots of physical labor rehabbing an old house, where staying abreast of all the news to do interviews was not feasible.

So I am back in the saddle with a regular VT schedule for the winter in Grand Rapids, Michigan, now just 25 minutes from Gordon, and hope to start doing the Press TV Debate Shows again soon at the PBS affiliate downtown … JD ]

US Secretary of State, Mike Pompeo, says Washington seeks to redouble its efforts to put pressure on Iran. Pompeo made the remarks during a news conference with his Jordanian counterpart in Amman.

The top U-S diplomat said his country intends to counter what he called Tehran’s malign influence in the region. Pompeo has started a Middle East tour amid confusion caused by conflicting statements by the U-S administration about the pullout of American troops from Syria.

He will continue his tour by visits to Egypt, Bahrain, Qatar, Saudi Arabia, Oman and Kuwait.