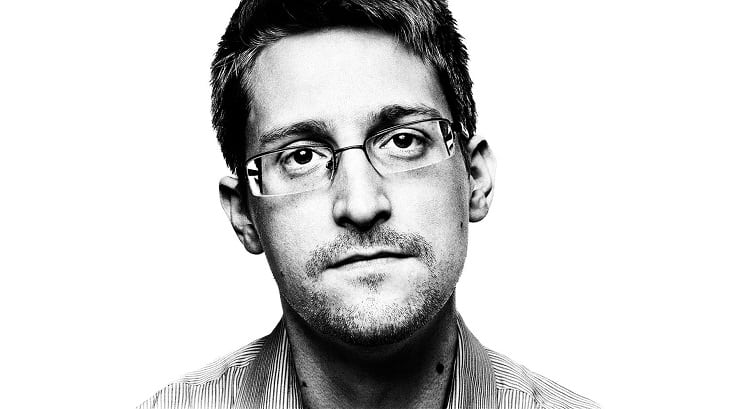 As we enter 2019, one thing above all others is clear, the mechanisms of human engagement, education, media and information, even what passes for human contact through social media and email, is all subjected to “algorithms,” whatever those are.

It was Snowden that brought it to our attention, from the Guardian back in 2014:

“Increasingly, we are watched not by people but by algorithms. Amazon and Netflix track the books we buy and the movies we stream, and suggest other books and movies based on our habits. Google and Facebook watch what we do and what we say, and show us advertisements based on our behavior.

Google even modifies our web search results based on our previous behavior. Smartphone navigation apps watch us as we drive, and update suggested route information based on traffic congestion. And the National Security Agency, of course, monitors our phone calls, emails and locations, then uses that information to try to identify terrorists.”

Documents provided by Edward Snowden and revealed by the Guardian today show that the UK spy agency GHCQ, with help from the NSA, has been collecting millions of webcam images from innocent Yahoo users.

And that speaks to a key distinction in the age of algorithmic surveillance: is it really okay for a computer to monitor you online, and for that data collection and analysis only to count as a potential privacy invasion when a person sees it? I say it’s not, and the latest Snowden leaks only make more clear how important this distinction is.”

When we look back on 2014 from where we are today, Edward Snowden’s warnings of an Orwellian nightmare seem innocent. Maybe it was Donald Trump that opened our eyes, if so, whatever contribution history attributes to him, he might well want to hang his hat on this one.

The fake science of intruding into lives in order to recognize and control “influencers” began in the private sector and was “tuned up” for political races, crime and terrorism prevention and more.

By “more,” we mean “dumbing down” the “masses,” as they are called, presenting reality as a consumer product, custom engineered to be believable, to create drama or fear, to raise concerns of imaginary threats, to distract, and, above all, to control.

Social scientists have postulated that humans can actually be programmed to respond to the most basic stimuli, touch, hearing, taste, based on “fake” information, that the human mind can be fooled into filtering out such basic sensory responses as smell.

The basic synaptic connections that tie sensory input to ideas or concepts, let’s look at one glaring example. Try to say the word “Palestinian” without following it with “terrorist.”

Then again, let’s go back one more step and define the difference between an “armed militant” and a “freedom fighter.” Nothing here is new, the rules were laid out a century ago.

Einstein predicted this in his “Autobiographical notes” on epistemology. It was some 50 years ago when Dr. John Ward of Michigan State University pounded this into my head in his Philosophy of Science lectures. “The relationship between sense experiences and concepts is entirely intuitive as are the relationships between all concepts. You see what you see, not because of what you see but because of what you think.”

It was quite one thing when such pursuits were endeavors of science and philosophy at our great universities, but it became something quite different when Wilson Bryan Key, back in 1973, wrote the seminal work, Subliminal Seduction, demonstrating how altered images could reach into the most basic primitive drives, the “reptile brain,” as it were, driving an unknowing viewer to alter both perceptions and reasoning, even toward lowering human survivability.

Key’s imagery, taken from popular magazines, strange figures of death’s heads or nude women, airbrushed into ice cubes, were an opening salvo. If thanatotic drive could sell liquor or cigarettes, how easy might it be to sell a war?

No more films like Sergeant York or Red Dawn needed, or perhaps only as a “supporting actor,” pounding the nail in just a bit more.

Twenty years prior to the publication of Key’s work, the US government began a project known as MK Ultra. Though it officially ended in 1973 after 20 years of poorly documented “research” into every form of psychological manipulation, in truth, MK Ultra and other programs as well, simply “went dark.”

The reason, of course, we are traveling his historical path today is that those programs, after not 50 but 65 years of still classified efforts, after billions of dollars in black funding, programs with no over sight, programs carried out on unsuspecting citizens, sometimes entire cities, sometimes on unwilling victims in “black sites,” are the precursors to the world of Google and Facebook today.

Looking at 2018, there were some obvious “projects,” the White Helmet staged fake gas attacks for sure. This involved Facebook posts, fake videos, but the key is that they were channeled directly to the President of the United States who had been programmed to ignore credible intelligence sources. Thus, Trump ordered an attack on Syria entirely based on a Facebook post.

But there are millions of Facebook posts every day. Why did he get this one? Who put it in front of him? Is Trump surrounded by handlers, traitors?

You see, it is one thing when something is put on the internet, the equivalent of leaving a post-it note in a public restroom on the “wrong side of town.” It is quite something else when the message, a parentless bastard of disinformation, is given to a man who has, according to sources within the White House, openly advocated use of tactical nuclear weapons against Syrian people in retribution for wildly fabricated accusations.

Consider the implications, even if someone, perhaps General Mattis, had taken the nuclear option off the table. Simply put, it lowers the standards of the United States exercising war powers in attacking a sovereign nation to an anonymous social media post.

Again, we ask, it is one thing posting something malicious and dangerous and quite something else when a national leader with access to nuclear weapons is programmed to seek out and act upon same.

Then again, were any other president to order a missile strike based on, well, based on nothing whatsoever, not even a decent lie, one might expect negative repercussions.

Let’s take a second to juxtapose. If a fake public narrative exists, and it is reasonable to postulate that “the public,” such as it is, is more than aware that a “real world” exists in which what is generally known and accepted as true is, in fact, utterly false.

In fact, some of the most popular television series of the past decades have exposed the flummery of generally accepted history. Shows like The Secret History of World War II and many if not endless others, feed a hungry public a continual diet of debunked reality.

What we are left with is this, an ongoing process, a spiral as it were, around and down, around and down, ever faster, ever more hopeless, intrusion into lives, into thoughts, planted feelings, manipulated responses, altered perceptions, until nothing can be trusted, especially not ourselves.

About Author:  Gordon Duff is a Marine combat veteran of the Vietnam War that has worked on veterans and POW issues for decades and consulted with governments challenged by security issues. He’s a senior editor and chairman of the board of  VT, especially for the online magazine “New Eastern Outlook.”