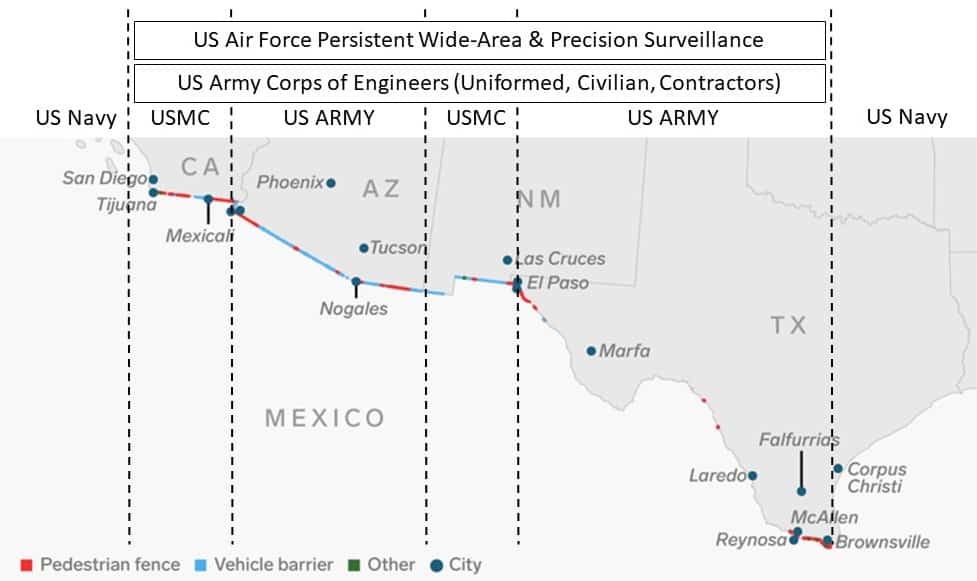 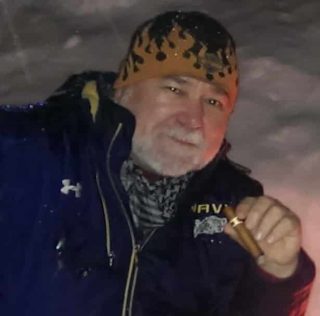 How Our Military Can Help Defend the Border

Few people outside of the Department of Defense (DoD) understand that in preparation for winning two major theater wars, DoD has within its ranks hundreds of thousands of specialists – and tens of thousands of pieces of construction equipment as well as theater and tactical intelligence equipment able to surveil and deny key terrain – all of which are in peacetime available for training missions within the USA that support the President’s domestic objectives.  There cannot be a more important domestic objective than the defense of our borders.[1]

DoD is immediately able to bring to bear formidable resources, ideally in the context of a larger “grand strategy” that seeks to deter as well as prevent illegal immigration and the smuggling of drugs and humans – including children most of whom are being moved by human traffickers, not their parents – across our borders.[2] The National Guard, fully integrated with the active and reserve force, is part of the solution – uniquely, National Guard members are eligible for law enforcement commissions on a state by state basis, and can if so empowered (operating under state authority) become a vital hybrid force able to access law enforcement databases and work easily with both law enforcement in their home state, and their national military counterparts.

Apart from the Army Corps of Engineers,[3] each military service has its own major engineering organization ideally suited to creating — very quickly and far less expensively than any contracted effort — a series of defensive physical barriers across the southern border combined with active military patrols able to totally deny free passage to anyone and anything. From the US Army Corps of Engineers to the Service engineering units there are within DoD no fewer than 15,000 immediately assignable uniformed and civilian engineers who would be supported by logisticians and others as needed, and another 15,000 infantry and aviation personnel highly skilled at the interdiction of individual guerrilla fighters – or illegal aliens and contraband smugglers.

Imagine if instead of trying to devise a “national” standard wall at absurd expense — $20 million a mile is beyond foolish – the President directed the Secretary of Defense to issue “mission-type” orders to the ACE and the Services – the Marine Corps gets the California and New Mexico borders to protect; the Army get the Arizona and Texas borders; the Air Force assumes responsibility for air-based surveillance of the entire border; and the ACE renders direct support to all four state authorities in building walls “fast and furious.”

Below is my depiction of a “mission-type” order that could be given by the new Secretary of Defense if directed to do so by the President as part of a national emergency: 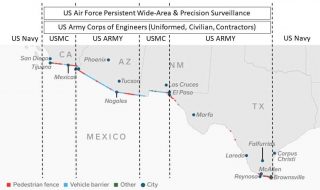 The above construct provides for three levels of homeland defense provided by DoD “by, with, and through” state authorities:

Level 1: US Air Force persistent wide-area and precision surveillance of the entire border, inclusive of “big data” processing and a new program in collaboration with the National Security Agency (NSA) that can track all active cellular telephones moving north by vehicle and on foot.

Level 2: US Army Corps of Engineers direct support to each state authority, ideally in partnership with the state university systems, to enable a national competition attracting volunteers and donations of materials to create physical obstacles along a coast to coast “no go” zone.[4]

Level 3: US Marine Corps and US Army (and at sea, US Navy) active persistent patrolling enabling the interception of every vehicle and pedestrian seeking to illicitly enter the US across the southern border.[5]

The Border Patrol Wants the Wall

The primary value of a wall is to enable very limited numbers of Border Patrol personnel to cover a very large desolate area where slow-moving vehicles cannot possibly contain the incessant challenge of hundreds of individuals, many of them children being trafficked, others criminal, seeking to cross the border each evening.

[1] It is established without challenge that the President has the power to declare a national emergency and direct military resources toward the resolution of the root challenge demanding his declaration. Where the media and the Democrats seems to fall short is in not acknowledging the Department of Defense (DoD) is responsible for DEFENSE, and that the defense of our border’s integrity is certainly a legitimate military mission in a time of national emergency.  Cf. David Welna, “Yes, The President Can Declare A ‘National Emergency’ To Build A Wall,” National Public Radio, 9 January 2019. See also Scott A. Keisler, “President Trump Needs to Declare a State of Emergency,” Truth and Liberty Blog, 10 January 2019.

[2] Walls are one essential part of the solution but not the whole solution. E-Verify is not yet ready for mandatory 100% use but is an obvious area where the President can insist that it be used for both employment and lodging while providing a sufficiency of resources to make it work. “Error Rates in E-Verify,” ImmigrationForum.org, 14 August 2018. A strong foreign assistance and deterrence program is clearly important, to include robust assistance to Mexico in securing its own southern border. Finally, the needs of US employers for seasonal workers who can be tracked, and the reality that most of the US below the Guadalupe-Hidalgo boundary is both Mexican in ethnic origin and Native American tribal in its original demographic, must be acknowledged. The below map is demographic reality. 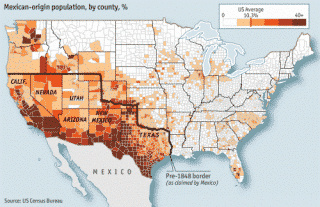 It is vital to observe that the illegal immigration problem is about Other Than Mexicans (OTM), and about drugs that are being imported with the active collaboration of entire state law enforcement and judiciary networks that have been compromised. It is also vital to observe that the change of immigration policy from one of “greatest value” to “family chain migration” is the single largest legal impediment to reinstating cultural balance in the USA.

[3] The Army Corps of Engineers has spent as much as 49.3 billion in military and civil works (Fiscal Year 2008).  In recent years its budget has been closer to $20 billion a year, much of that overseas. Two of its divisions are directly focused on the southern border: the South Pacific Division and the Southwestern Division. With roughly 36,000 employees (almost 800 military, the balance civilian), it supervises over 300,000 contractors on a daily basis. A pro forma briefing, “US Army Corps of Engineering,” is available from September 2014.

[4] There are legitimate reservations about putting walls across specific tribal lands, nature reserves, and locally-owned farmland. By combining infantry and aviation patrolling with interspersed walls and more personnel and technology for the Border Patrol, we achieve near-perfect border integrity.

[5] Camp Pendleton in California is one of the largest Marine Corps installations in the world. Fort Huachuca in Arizona is one of the US Army’s most important intelligence training facilities and ideally suited to host a major US Army task force. Other facilities exist for the respective services in New Mexico and Texas. A Grand Strategy consistent with the President’s campaign promises has been devised and calls for the closure of all of our military bases overseas and the withdrawal of all US forces from elective wars and elective guerrilla campaigns – this will not only free up resources for this vital border protection operation, it will bring our troops and their wallets home to reinforce the economy as the Federal Reserve and Wall Street try to further undermine our President and our public. Robert Steele, “Grand Strategy, Global Reality, & Re-Inventing US National Security Centered on Re-Inventing the US Army,” Phi Beta Iota Public Intelligence Blog, 8 September 2016.

DOC (4 Pages): How Our Military Can Help Defend the Border 1.1