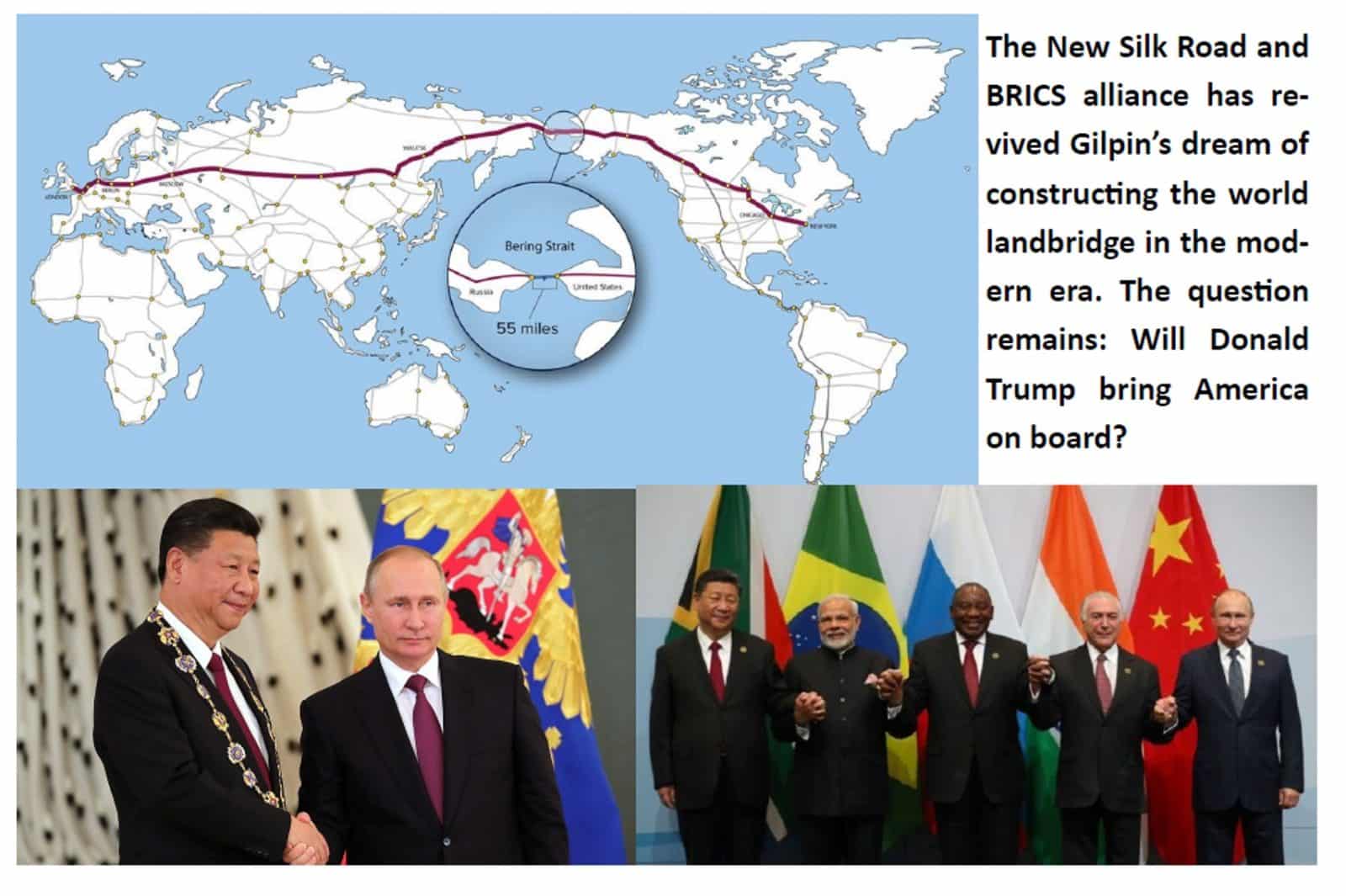 In a January 9, 2019 op-ed in Ottawa’s Hill Times, China’s Ambassador to Canada, Lu Shaye did what no other mainstream media outlet has been willing to do since the untimely arrest of Huawei’s CFO Meng Wanzhou occurred while she was boarding a plane in Vancouver on December 1st. Much dispute has arisen over the arrest and China’s response with its own arrest of two Canadians suspected of espionage in Beijing.

In an article entitled Why the double standard on justice for Canadians, Chinese? Ambassador Shaye cut through the noise being created by the media and western political class by exposing the over bloated western surveillance state known as the Five Eyes which he properly identified as the outgrowth of the unconstitutional Patriot Act, the Prism surveillance system which has annihilated all semblance of privacy among trans-Atlantic nations.

After describing the double standard applied by Canadian elites who have constructed a narrative that always paints China as the villain of the world while portraying the west as “free and democratic” Ambassador Shaye stated:

“these same people have conveniently ignored the PRISM Program, Equation Group, and Echelon—global spying networks operated by some countries that have been engaging in large-scale and organized cyber stealing, and spying and surveillance activities on foreign governments, enterprises, and individuals. These people also took a laissez-faire attitude toward a country that infringes on its citizens’ privacy rights through the Patriot Act. They shouted for a ban by the Five Eyes alliance countries…. on the use of Huawei equipment by these countries’ own enterprises”

For those who may not be aware, the Five Eyes is the name given to the British GCHQ-controlled surveillance structure that involves the four primary Anglo-Saxon Commonwealth countries (Britain, Canada, Australian, and New Zealand) along with the United States. This is the deep state that has been dedicated to overthrowing American President Donald Trump since MI6 and their junior partners in America began organizing Russia-gate in 2015-when it became apparent that Trump had a serious chance of defeating the Deep State candidate Hillary Clinton.

As many patriotic whistleblowers such as Bill Binney, Ray McGovern, and Edward Snowden have exposed throughout recent years, the Five Eyes system that the Ambassador referenced was formed in the “post-911 world order” as a means of overriding each nations’ constitutional protection of its own citizens’ by capitalizing on a major legal loophole (viz: Since it is technically illegal for American intelligence agencies to spy on Americans without warrant, and for CSIS  to do the same to Canadians, it is claimed that it is okay for British/Canadian intelligence agencies to spy on Americas and visa versa).

The Chinese Ambassador didn’t stop there, however, but went one step further, ending his op-ed with a controversial claim which has earned him much criticism in the days since its publication. It was in his closing paragraph that Ambassador Shaye made the uncomfortable point that the double standards employed against China and the west’s willingness to ignore the Five Eyes “is due to Western egotism and white supremacy”. Is this the “belligerent and unfounded name calling” that his detractors are labeling it, or is there something more to it?

When we look at the origins of the Five Eyes, which goes back MUCH further than September 11, 2001, we can clearly see that Lu Shaye is touching a very deep and truthful nerve.

Cecil Rhodes and the Racist Roots of the Deep State

19th Century spokesman for the British Empire, Cecil Rhodes wrote his infamous “Seventh Will” in 1877 where, speaking on behalf of an empire dying in the midst of the global spread of republican institutions, called for the formation of a new plan to re-organize the Empire, and re-conquer all colonial possessions that had been contaminated by republican ideas of freedom, progress, equality and self-determination[1]. Rhodes stated:

“I contend that we are the finest race in the world and that the more of the world we inhabit the better it is for the human race. Just fancy those parts that are at present inhabited by the most despicable specimens of human beings what an alteration there would be if they were brought under Anglo-Saxon influence, look again at the extra employment a new country added to our dominions gives. I contend that every acre added to our territory means in the future birth to some more of the English race who otherwise would not be brought into existence…. Why should we not form a secret society with but one object the furtherance of the British Empire and the bringing of the whole uncivilized world under British rule for the recovery of the United States for the making the Anglo-Saxon race but one Empire…”[2]

The Rhodes Trust was set up at his death in 1902 to administer the vast riches accrued during Rhodes’ exploitation of diamond mines in Africa. Steered by Lord Alfred Milner, it was this Trust which gave birth to the Round Table Movement and Rhodes Scholarship Fund which themselves have been behind the creation of a century’s worth of indoctrinated technocrats who have permeated all branches of government, finance, military, media, corporate and academia- both in America and internationally [3].

The Round Table Movement, (working in tandem with London’s Fabian Society) didn’t replace the old British Empire’s power structures, so much as re-define their behavior based upon the re-absorption of America back into the Anglo-Saxon hive. This involved centralizing control of the education of their managerial elite” with special scholarship’s in Oxford and the London School of Economics- then sending the indoctrinated victims in droves back into their respective nations in order to be absorbed into the British Empire’s governance structures in all domains of private and public influence. In Fabian Society terms, this concept is known as “permeation theory”[4].

Although it sometimes took the early removal of nationalist political leaders from power, via intrigue, coups or assassination, the 20th century was shaped in large measure by the cancerous growth of this British-directed network that sought to undo the republican concept that progress and cooperation were the basis for both sovereignty and international law as laid out in the Treaty of Westphalia of 1648[5].

This is the deep state that President Roosevelt warned of when he said in 1936 “The economic royalists complain that we seek to overthrow the institutions of America. What they really complain about is that we seek to take away their power.” This is the deep state that outgoing President Eisenhower warned of when he spoke of the “acquisition of unwarranted influence, whether sought or unsought, by the military-industrial complex” in 1961 and that John Kennedy fought against when he fired CIA director John Foster Dulles and threatened to “splinter into a thousand pieces and scatter into the winds”. It is what Ronald Reagan contended with when he attempted to break the world out of the Cold War by working with Russia and other nations on Beam defense in 1983. It is this structure that owned Special Prosecutor Robert Mueller’s entire career, from his 1980s railroading of Lyndon LaRouche into prison to his cover-up of the Anglo-Saudi role in 911 as CIA director to his efforts to impeach President Donald Trump today[6].

It is this same complex which is the direct outgrowth of the racist British-run drug wars on China and suppression of India and Africa throughout the 19th and 20th.

In Canada, this was the network that destroyed the plans of nationalist Prime Minister John Diefenbaker after he fired the Rhodes Scholar Governor of the Bank of Canada in 1959 during a desperate struggle to take control of the national bank in order to fund his Northern Vision [7]. Earlier, it was this group that Lincoln-admirer Prime Minister Wilfred Laurier warned of after his defeat in 1911 when he said “Canada is now governed by a junta sitting at London, known as “The Round Table”, with ramifications in Toronto, in Winnipeg, in Victoria, with Tories and Grits receiving their ideas from London and insidiously forcing them on their respective parties.”[8]

The lesson to be learned is that the Deep State is not “American” as many commentators have assumed. It is the same old British Empire from which America brilliantly broke free in 1776 and which Cecil Rhodes and Milner led in re-organizing on behalf of the monarchy at the beginning of the 20th century. It was racist when Lords Palmerston and Russell ran it in the 19th century and it continues to be racist today.

So when Ambassador Shaye says “the reason why some people are used to arrogantly adopting double standards is due to Western egotism and white supremacy – in such a context, the rule of law is nothing but a tool for their political ends and a fig leaf for their practicing hegemony in the international arena” he is not being “belligerent or provocative”, but is rather hitting on a fact which must be better understood if the deep state will finally be defeated and nations liberated to work with the new spirit of progress and cooperation exemplified by China’s Belt and Road Initiative which is quickly spreading across the earth.

[1] By 1876, the American Centennial Exhibition in Philadelphia showcased to a world audience the success of the “American System of Political Economy” which asserted that the value and behavior of money were contingent upon the physical productive growth of the nation rather than “British-system free markets”. Lincoln’s system was being adopted across South American nations, Japan, China, India and many European powers as well (including Russia) which had grown tired of being manipulated by British imperial intrigues.

[4] For anyone in Canada wishing to learn about this in greater depth, they may wish to ask Canadian technocratic Foreign Minister Chrystia Freeland how her experience as a Rhodes Scholar shaped her career.

[5] The Peace of Westphalia: France’s Defense of the Sovereign Nation by Pierre Beaudry, EIR Nov. 29, 2002

[6] Robert Mueller Is an Amoral Legal Assassin: He Will Do His Job If You Let Him by Barbara Boyd, October 1, 2017 larouchepac.com. A common denominator among all of the mentioned American leaders is not only that they waged war on the deep state structures but made constant attempts to work constructively with Russia, China, India and other nations for industrial and scientific development. This policy of “win-win cooperation” is antagonistic to all systems of empire and is the reason why the Empire hates China and the potential created with Trump’s intention to work with both China and Russia.

[7] See John Diefenbaker and the Sabotage of the Northern Vision by  the author, Canadian Patriot #4, January 2013