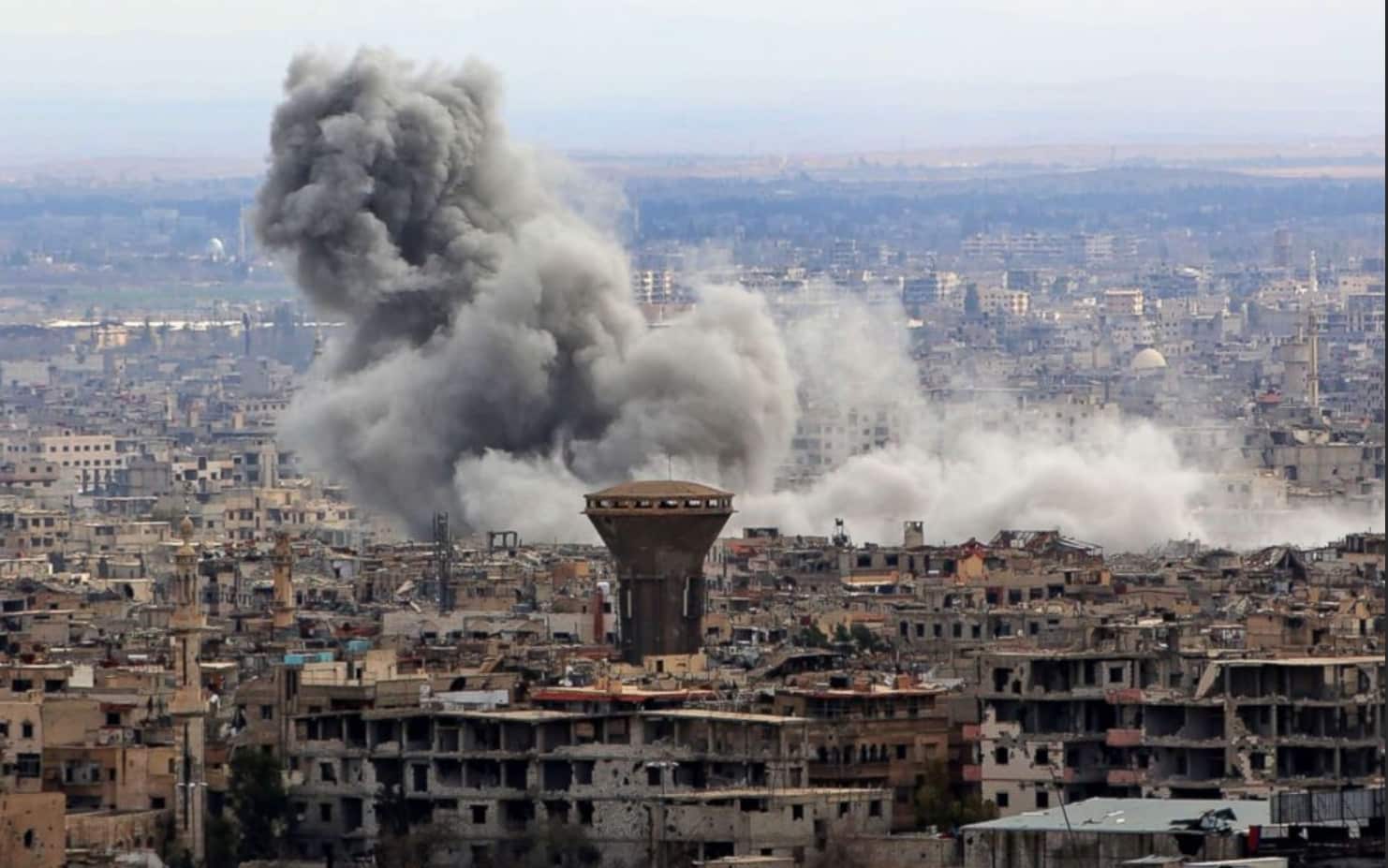 By Gordon Duff with Nahed al Husaini in Damascus

Damascus and Latakia were attacked today by Israeli planes firing missiles from Lebanon’s airspace.  Again, Syria hasn’t used its Russian S300 system, this time because of a general fear in Russia, and Russia is very much in control of Syria’s air defenses, of a broader conflict.

Insiders in Moscow believe a nuclear war brought about by Israel is days away.  Trump will likely “lose his cookies” if Israeli planes begin dropping from the skies of Lebanon and if Russia fails to do this, they will lose everything.

Stranger still is the Iraqi secret delegation that just flew into Israel.  Even the Iraqi Foreign Ministry knows nothing about it, we got the call when our people were there on the ground unloading them from the plane.

The real war will be Iraq, they are the ones with the oil and the majority Shiite population.  Playing Sunni and Shiite inside Iraq against each other has long been the game of Israel and Saudi Arabia though the two are moving politically further and further apart.

With embassies of Bahrain and the UAE opening in Damascus…along with Egypt and Britain…the mood in Damascus is unsettling.

There is no water, no fuel, no electricity in Damascus.

The town is freezing, and no one is getting a real explanation.

Beyond this, the issues is Turkey and Erdogan.  Erdogan thinks he is keeping Idlib Province as the hub of his imaginary Ottoman Empire but Erdogan has burned everyone.  Both Russia and America hate him, he has betrayed everyone, backed out of every agreement, broken every promise and proven militarily inept as well.