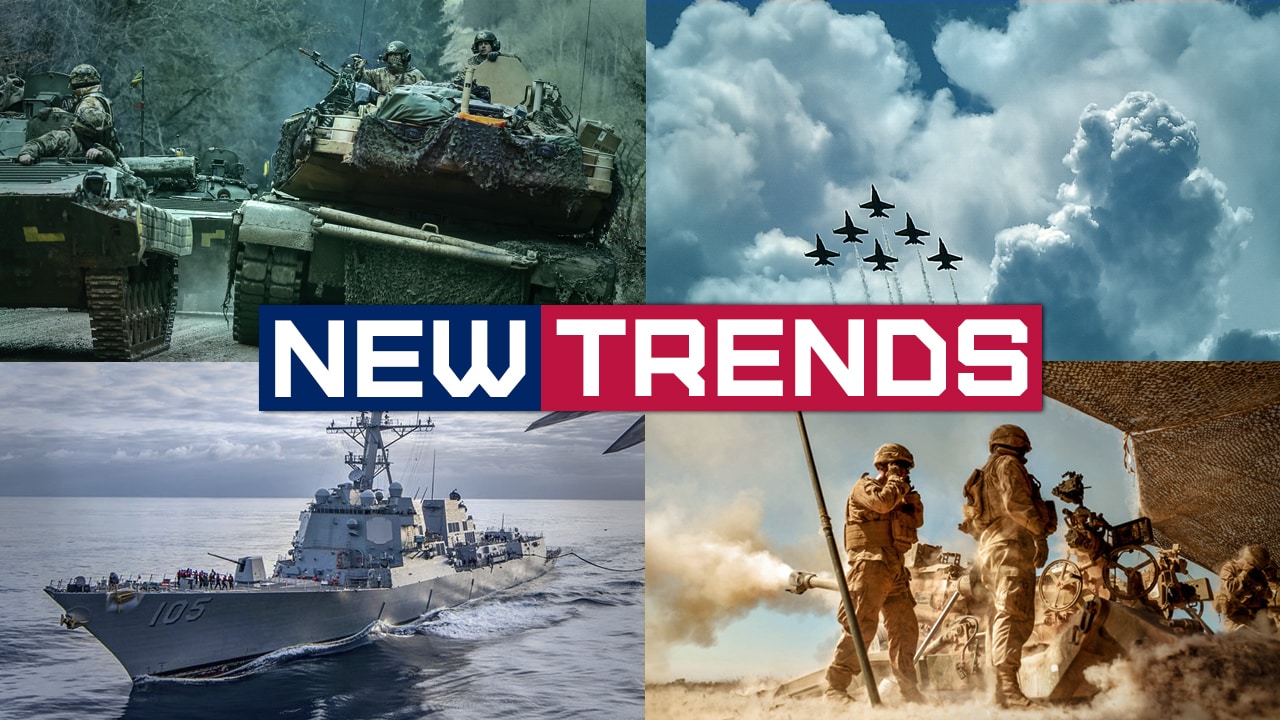 This video provides an additional context for the hour-long analysis “Military and Political Trends Of 2018 That Will Shape 2019“, which was released by SouthFront on December 29, 2018.

In late 2018 and early 2019, several developments took place in Eastern Europe and the Middle East influencing the situation in these regions.

In Syria, the Trump Administration is attempting to reconcile the irreconcilable contradictions of the US military’s illegal presence in Syria, where its use of the Kurds as its proxy army has antagonized Turkey and pushed it into a closer relationship with both Russia and Iran.

In an apparent hope of bringing Turkey back to the fold, on December 19, US President Donald Trump officially announced a “full” and “rapid” withdrawal of US troops from Syria. Commenting on the move, the US President declared that his country had defeated ISIS and argued the withdrawal was consistent with one of his promises – the limitation of the US participation in conflicts around the world was one of the key narratives of his presidential campaign. Despite this, the President, his administration and the Pentagon provided no details into the announced decision.

According to initial reports, most of the US State Department personnel were withdrawn from the war-torn country within 24 hours after the announcement. The same reports suggested that the US troops would leave Syria within in the period from 60 to 90 days after the announcement. On December 31, the New York Times reported citing US officials that the timeframe was even expanded to 4 months.

On January 2, Trump once again commented on the issue by saying that US troops will leave the war-torn country “over a period of time” and that he wants to protect the US-backed Kurdish armed groups in the country as Washington draws down troops.

These remarks as well as the previous US experience with the never-ending troops withdrawal from Afghanistan fueled reasonable doubts over the earlier declaration. Most of the experts say that Washington will just decrease its 2,000-strong contingent in the country and, if this is needed, strengthen it with private military contractors. On the strategic level, this means that in the coming years, the US prefers to focus on promoting its interests in the region mainly through its allies and local forces under its control.

The limitation of the direct US participation in the conflict and military support to Kurdish armed groups will also allow to overcome a part of the existing contradictions with Turkey and to draw it out from the Russian here of influence. Currently, the main US proxy force in Syria is the Kurdish-dominated alliance known as the Syrian Democratic Forces (SDF). Turkey describes its Kurdish factions as terrorist organizations and sees them as a threat to its national security.

Another point of the US efforts to undermine the Turkish-Russian ties is the S-400 missile systems deal, although it is also possible Turkey’s desire to purchase the Patriot missile system from the US was intended as part of a quid pro quo with the US, in return for the US government abandoning its protection of the Kurds. On December 18th, the US State Department approved the possible sale to Turkey of eighty (80) Patriot MIM-104E Guidance Enhanced Missiles (GEM-T) missiles, sixty (60) PAC-3 Missile Segment Enhancement (MSE) missiles and related equipment for an estimated cost of $3.5 billion.

“Turkey will use Patriot to improve its missile defense capability, defend its territorial integrity, and deter regional threats.  The proposed sale will increase the defensive capabilities of the Turkey military to guard against hostile aggression and shield NATO Allies who might train and operate within Turkey’s borders. Turkey should have no difficulty absorbing this system into its armed forces,” the State Department said in the statement.

Previously, the alleged Turkish inability to integrate the S-400 system into the existing NATO air defense framework and threats of sensitive data leaks to the Russian side were used by Washington as an argument against the Turkish-Russian deal. US government issued threats to impose sanctions on Turkey if it buys the S-400, and suspended the delivery of F-35 fighters to Turkey.

In turn, Ankara publicly motivated its decision to buy S-400 systems from Russia by the unwillingness of NATO partners to sell sophisticated air defense systems to it and has so far refused to amend its position.

However, the initially promising US-Turkey rapprochement has run into trouble as the hardliners within the Trump administration reasserted themselves, particularly since the announced US withdrawal from Syria motivated the Kurdish leadership to initiate a new round of negotiations with the Damascus government and in fact the Kurds requested Russia to mediate in this effort. If the relations between Kurdish armed groups and the Syrian-Iranian-Russian alliance improve further, this may create a kind of the situation which Ankara and Washington have faced. Turkey will not be happy to see how the Syrian Army deploys near positions of the Kurdish People’s Protection Units (YPG) in northern Syria and will not support any kind of the Damascus-YPG agreement. Thus, the expected US withdrawal from Syria is in fact laying ground for possible contradictions between Moscow and its partners in Ankara.

From its own side, the Russians will make efforts to solve the differences with Turkey trough existing diplomatic channels and to find a political solution that will involve interests of the all sides in post-war Syria. Since these are not acceptable outcomes from the point of view of the US neocons who were vehement in their media criticism of Trump’s new initiatives, it should be no surprise that as of January 8, 2019 the prospect of US withdrawal from Syria was in doubt.

Another important development is currently taking place in the Idlib de-escalation zone where Hayat Tahrir al-Sham has kicked off a new offensive on Turkish-backed militant and seized large areas, the most important one in western Aleppo. The successful actions of Hayat Tahrir al-Sham in the area demonstrates that the Turkish-backed opposition cannot handle the terrorist group under its control or neutralize it. So, the military action against it is slowly becoming inevitable. This military action will likely put an end to the current format of the Idlib de-escalation zone agreement.

In Eastern Europe, Ukraine remained the main hot point, which could trigger a start of the new hot war in the region. Despite this, the threat of the new open conflict in eastern Ukraine or in the region of the Black Sea and the Sea of Azov decreased in early 2019 in comparison with late 2018.

It appears that provocative actions of the Poroshenko government in the Kerch Strait area and in the Donbass region found little support among its Western allies, first of all in Washington. The so-called democratic world limited its support to Kiev by public statements and avoided supporting further provocations in the region. While the United States announced a new round of military aid for Kiev, so far there are no indications there is more substance to it than to the earlier rounds of US military aid. After all, the only substantive US response so far was an Open Skies overflight of Ukraine, which was about as unprovocative action the United States could have undertaken.

Moreover, the attempt to muzzle the opposition through the imposition of a martial law in Ukraine showed the limits of Poroshenko’s power. The martial law was in the end limited due to Rada pressure to a month and its term expired without being extended. Therefore, Poroshenko has turned to the simple expedient of preventing Ukrainian diplomatic institutions in Russia from acting as polling places during the upcoming elections, therefore limiting the influence of sizable pro-Russian segment of the Ukrainian population.

The next point of the possible escalation in Ukraine will be around the presidential election, which is set to take place on March 31. Despite some increase in Poroshenko’s popularity due to the recent round of anti-Russian and military hysteria, he still has little chance of achieving victory in this election using democratic electoral procedures. He and his inner circle will seek to turn the situation in their own favor. One of the options is, as always, an escalation of the conflict in the region. This will allow the Poroshenko government to boost further control of the internal political sphere, get additional tools of influencing the voters, and, in the sphere of the international relations, to accuse Russia of aggression and to get a new batch of aid from the West, although Ukraine is well past the point of diminishing returns for its investors.

The conflict in eastern Ukraine will be the main security threat in the European region and will, along with the US-Russian standoff, both in the Middle East and around the world, give tone to the international agenda – at least in the first half of 2019. Of special concern to global security is the ongoing disruption of the existing system of international treaties and the increasingly aggressive nature of diplomatic interactions.