The Tragic Fall of a Founding Father: Light-Horse Harry Lee’s Journey from Glory to Ruin

Health Editor’s Note: You will read a story about the life of Robert E. Lee’s father…someone you probably have not heard of until today. Every book has a story and this story is about someone who had a multitude of pluses and negatives in his life.

Light-Horse Harry Lee was both good and bad. I strongly suspect that nothing has been left out of this story. This would be a good read for any Civil War buff….Carol 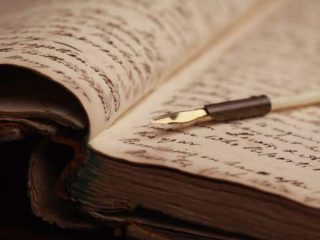 Light-Horse Harry Lee was a Revolutionary War hero, a trusted subordinate to George Washington, Virginia calvaryman, and the father of Robert E. Lee.

He shepherded the Constitution through the Virginia Ratifying Convention, a defender of the United States against all enemies, domestic and foreign. He was also a confidence man, a drifter, imprisoned for debt, and maimed for life by an angry mob.

The history of the American Revolution is written by and about the victors—those who made a difference and who left this world as heroes. But what about a man like Major General—and the father of Robert E. Lee—Henry “Light-Horse Harry” Lee III, who rose to glory, helped shape the fabric of America, but ultimately ended his life in ruin?

“Light-Horse Harry” is worthy of remembrance because he:

– persuaded Virginia to ratify the Constitution

– eulogized Washington as “first in war, first in peace, and first in the hearts of his countrymen”

– was one of George Washington’s most trusted cavalry captains

– received a gold medal for bravery from Congress

– rejected any idea of disunion or revolt in amongst Americans

Despite this, he was disgraced at the end of his life through debt, imprisonment, and maiming.  Lee’s name has been trampled and forgotten, but he deserves to be remembered as a Founding Father nonetheless—vices and all.

Ryan Cole is a former assistant to Indiana Governor Mitch Daniels and speech writer at the U.S. Department of Health and Human Services. He holds degrees for History and Journalism from Indiana University.  He has written about American History and literature for the Wall Street Journal, National Review, the New Criterion, Civil War Times, the American Interest, the Indianapolis Star, Indiana University, the Lumina Foundation, and served on the staff of the U.S. Abraham Lincoln Bicentennial Committee.