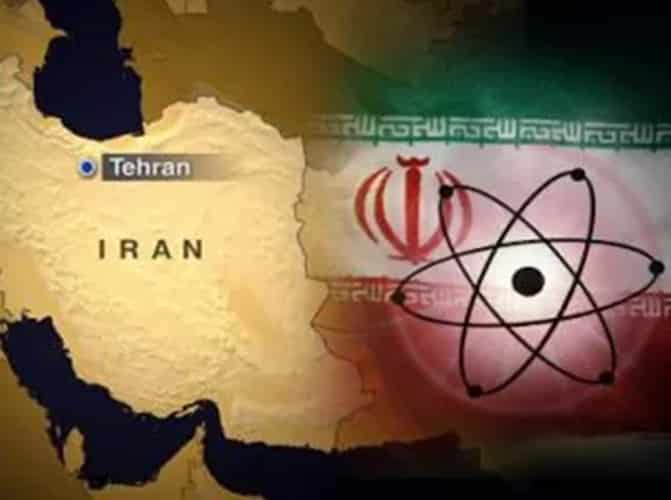 January 9, 2019 on some sites appeared information about the withdrawal of Iran from the nuclear deal.

#Breaking Iran's supreme national security council in consent with Ayatollah Khomenei has decided to withdraw from the nuclear deal. Nuclear activity to be boosted to pre-JCPOA levels https://t.co/AbesiBb7uv

On January 9, 2019, the Supreme National Security Council (the executive political body of the Islamic Republic of Iran), in agreement with Ayatollah Khomenei, approved the decision to withdraw from the so-called “nuclear deal” , in which Iran refused to develop nuclear weapons. Now the level of Iran’s nuclear activity is officially returning to the level until 2015.

Everyone thought that it was false information, but now I will prove that this event really happened. There have been cases in history when political decisions were classified. On August 23, 1939, the non-aggression treaty between the USSR and Germany was signed by the heads of foreign affairs departments of the USSR and Germany. To this Treaty was added the Secret Additional Protocol, which defined the “boundaries of the spheres of interests” of the parties “in the event of a territorial-political reorganization of the regions belonging to the Baltic states (Finland, Estonia, Latvia, Lithuania)” and the Polish State.

Iranian top management has indeed approved Iran’s withdrawal from a nuclear deal. They did not announce it publicly, because the foreign policy situation has not yet changed, but it will change very soon. Iranian authorities have deliberately organized a leak. It was the “black mark” that Iran sent for Israel. Now Israel cannot directly accuse Iran of withdrawing from a nuclear deal, because the events were somehow not there. But the event happened, and everyone knows about it.

The date of publication of information was not chosen randomly. The date of liberation of Iran on January 9, 2019 has a deep mystical significance. Everyone remembers the story of Esther. During the Persian (Iranian) king Artaxerxes, she saved the people of Israel. But about 70 thousand enemies of Israel, mostly the Persians, were killed. The conspirator against Israel was headed by the court official Haman, by origin an Amalekite (Amalek). Haman and his ten sons were also killed. This event is celebrated in Israel as Purim.

Esther’s numerology is a sequence of digits 1.9.1.9, which is very close to the date entry January 9, 2019: 1.9.2019. Coming out of the nuclear deal that day, Iranian Ayatollah acted as Esther, occupying the most important position in Iran, condemning Israel to the same fate that befell Aman. The number 2 in the sequence 19219 means that it will be Purim 2 or Purim-Revenge. Many Israeli rabbis do not recognize Zionism and the State of Israel, which they call the modern “Amalek”. “Amalek” is the enemy of true Israel.

On March 20, 2015, negotiations on the Iranian nuclear program and the “countries of the six” approached the final stage. March 20 – New Year in Iran in 2015. On March 20, 2015, a solar eclipse occurred. In 2015, the New Year in Iran began with a solar eclipse and the end of negotiations on nuclear disarmament – these were formidable omens for Iran. Then Iran fell into the trap.

In September 2017, Trump announced that he had made a decision on an agreement with Iran, and on May 8, 2018, he announced his withdrawal from the “nuclear deal.”

Now Iran has thrown off the shackles that the globalists tried to impose on it. This means that a big war in the Near and Middle East is inevitable. In the coming Iranian war against Israel, Russia will take the side of Iran. The leadership of Israel knows about it, and is already looking for opportunities to evacuate the Israelis who will survive the impending war. To this end, Netanyahu recently visited Brazil.