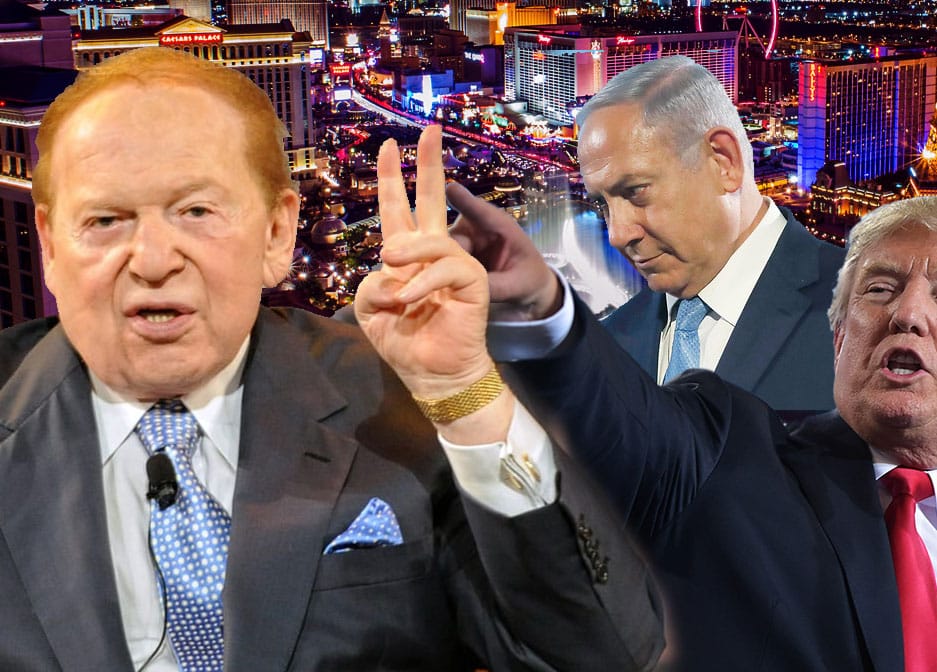 In a naked play to preserve his profits and prohibit Americans from entering the 21st century, Sheldon Adelson, Israel’s biggest funding partner in the USA just got the U.S. Justice Department to now say federal law bars all internet gambling, reversing its position from 2011 that only sports betting is prohibited under a law passed 50 years earlier.

The reversal was prompted by the department’s criminal division, which prosecutes illegal gambling. The opinion issued about seven years ago that the 1961 Wire Act only banned sports gambling was a misinterpretation of the statute, according to a 23-page opinion by the department’s Office of Legal Counsel dated Nov. 2 and made public Monday.

Wire Act Applies Only to Sports Betting, Not Other Internet Gambling, DOJ Decides

The new reading of the law probably will be tested in the courts as judges may entertain challenges to the government’s view of the law’s scope, the Justice Department said. It may also affect states that began selling lottery tickets online after the 2011 opinion, as well as casinos that offer online gambling.

The coalition funded and backed by billionaire casino executive Sheldon Adelson lobbied the Justice Department in 2017 to reconsider its 2011 decision that cleared the way for states to allow online gambling. This decision insures that American Traitor Adelson will be able to continue to fleece the American public and has the power of the US Government to enforce it…

Adelson reminds of the guy who owns the 20th century Taxi business who tried to stop Uber from competiting in the 21st Century!

History shows that Adelson may be able to stop some so he can continue to fund his pschotic dream of Eretz Israel but in the end, Americans will gamble online because the future is aleady here and trying to stop the future is futile.