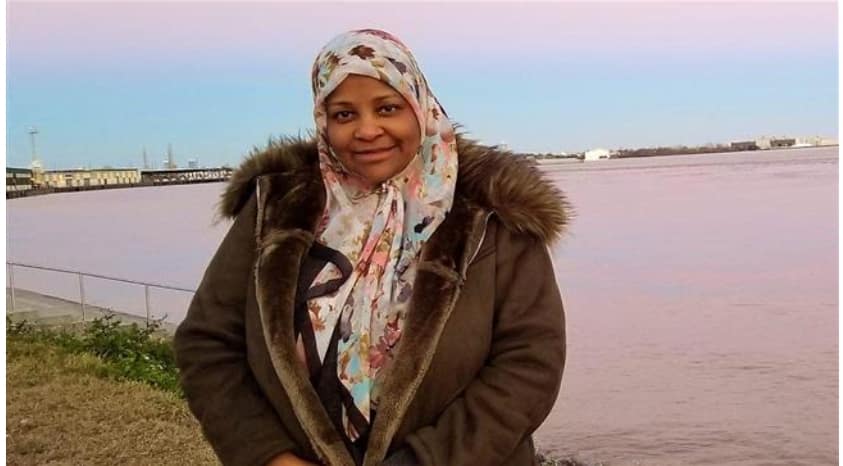 Marzieh Hashemi, a journalist and anchor working for Iran’s English-language Press TV television news network, has been detained and imprisoned in the United States for unspecified reasons.

Editor’s note:  She is African American and had traveled with Robert David Steele and former member of congress Cynthia McKinney on their cross country campaign.

She is a VT regular and has interviewed VT personnel well over 100 times.  This is a frightening escalation.

American-born Hashemi, most famous for anchoring news programs and presenting shows for Press TV, was detained upon arrival at St. Louis Lambert International Airport in St. Louis, Missouri, on Sunday, her family and friends said.

Press TV has learned that she was transferred by the FBI to a detention facility in Washington, D.C. The US officials have so far refused to provide any reasons for her apprehension either to her or her family.

The Associated Press (AP) said a call to the FBI rang unanswered early on Wednesday morning. The bureau did not immediately respond to a written request for comment, it added.

Hashemi, born Melanie Franklin, had arrived in the US to visit her ill brother and other family members.

Mistreatment in US jail

Hashemi, who has been living in Iran for years and is a Muslim convert, has told her daughter that she was handcuffed and shackled and was being treated like a criminal.

The journalist also said that she had her hijab forcibly removed, and was photographed without her headscarf upon arrival at the prison.

Hashemi has only been allowed to wear a T-shirt, and is currently using another one to cover her head.

Furthermore, she has been offered only pork as meal – which is forbidden under Islamic law – and even denied bread and any other halal food after refusing to consume the meat.

Hashemi told her daughter that the only food she has had over the past two days has been a packet of crackers.

Hashemi’s family members and media activists have launched a social media campaign with the hashtags #FreeMarziehHashemi and #Pray4MarziehHashemi in support of the detained journalist.

and from Sputnik News, Russia

A US-born journalist for Iran’s Press TV has been arrested at St Louis Lambert International Airport on Sunday, according to the reporter’s family and friends.

Iranian Foreign Ministry spokesperson Bahram Qasemi has slammed the “illegal” arrest of the journalist, working for the country’s English-language Press TV, and demanded her immediate release. Tehran has also condemned the “inhuman treatment of her in jail in Washington.”

“We denounce the move by the US, which detained Marziyeh Hashemi illegally and inhumanely. The US’ actions with regard to her are a direct violation of human rights,” the official website quoted the spokesman as saying.

“The sudden arrest of an American Muslim woman, and inhuman and disrespectful behavior of U.S. federal officers with her is a clear example of how an apartheid regime treats its non-white citizens,” Qasemi said.

He specified that the journalist “has been unable to contact anyone for two days,” while the attitude toward her after the detention insults her as a Muslim.

Press TV quoted her as saying she had been prohibited from wearing a Muslim hijab in the prison and had been offered pork for her meal.

US-born Marziyeh Hashemi was arrested at St Louis Lambert International Airport on Sunday, according to Press TV, citing the reporter’s family and friends. It became known on Wednesday, after she hadn’t established contact with her relatives for two days. According to a Press TV statement, Hashemi, who has been reportedly living in Iran for over a decade, came to the US to visit her family members, including her brother, who is suffering from cancer. No charges have been so far brought against her. She was allowed to call her daughter two days after her arrest, the broadcaster said.

It further reported that Hashemi was born Melanie Franklin in the United States and changed her name after converting to Islam.

As a journalist, she has reported on such sensitive subjects as discrimination against women, Muslims, and African-Americans in the United States.