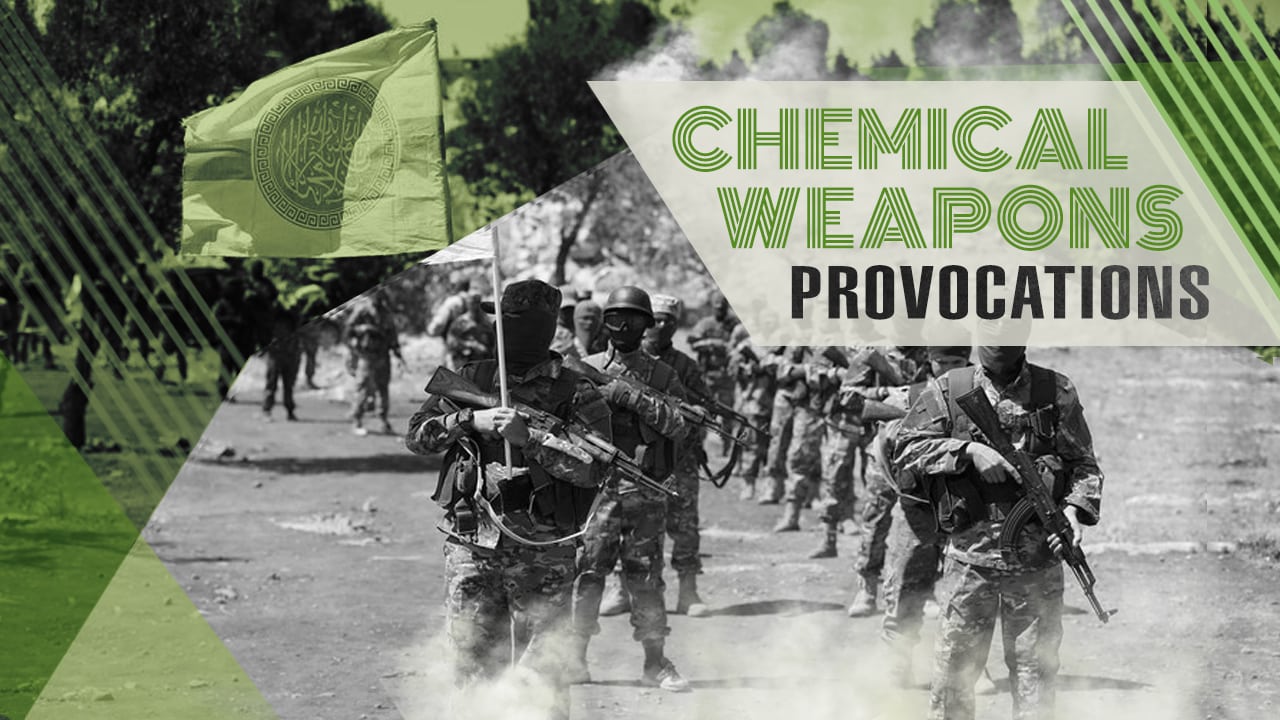 Militants are preparing a new chemical attack in the Ma’aret al-Nu’man area in the province of Idlib, the Interfax news agency reported on January 15 citing an informed source.

According to the source, militants store toxic chemicals in several warehouses across Idlib province and the far northern part of Lattakia province.

The source stressed that Ajnad al-Caucasus, Jaish al-Izza and the Turkistan Islamic Party, all of which are linked to Hayat Tahrir al-Sham, are preparing for a series of synchronized chemical attacks in the provinces of Lattakia, Idlib, Aleppo and Hama. According to the report, militants will use use shells and mortar mines as well as drones loaded with toxic materials.

The same report said that militants have shipped 500 liters of chemicals to the Abu al-Duhour and Helfaya areas in the Idlib de-escalation zone.

The source added that in December 2018, some 30 militants arrived in the Ariha area in Idlib province to make shells loaded with toxic chemicals. These militants reportedly receive assistance from foreign intelligence agencies. The very same militants were reportedly tasked with carrying out chemical attacks against civilians. These pre-planned incidents will then be used to accuse the Syrian Army of attacking civilians with chemical weapons.

A US military convoy consisting of about 100 vehicles has entered Syria from Iraq’s Kurdistan Region, the pro-opposition Syrian Observatory for Human Rights (SOHR) reported on January 15. According to the report, the column included multiple vehicles and logistic equipment for US-led coalition bases of in the eastern Euphrates region.

This development comes amid growing uncertainty over the expeted withdrawal of US forces from Syria. In fact, the continued supply of military equipment to US-led coalition bases and Kurdish armed groups in northeastern Syria confirms that the alleged withdrawal is not going to take place in the immddiate future.

Meanwhile, the US and Turkey are negotiating the creation of a 32-km safe zone in northern Syria. According to reports, this zone could become part of a US-Turkish deal to prevent Ankara’s attack on US-backed Kurdish groups in the area.