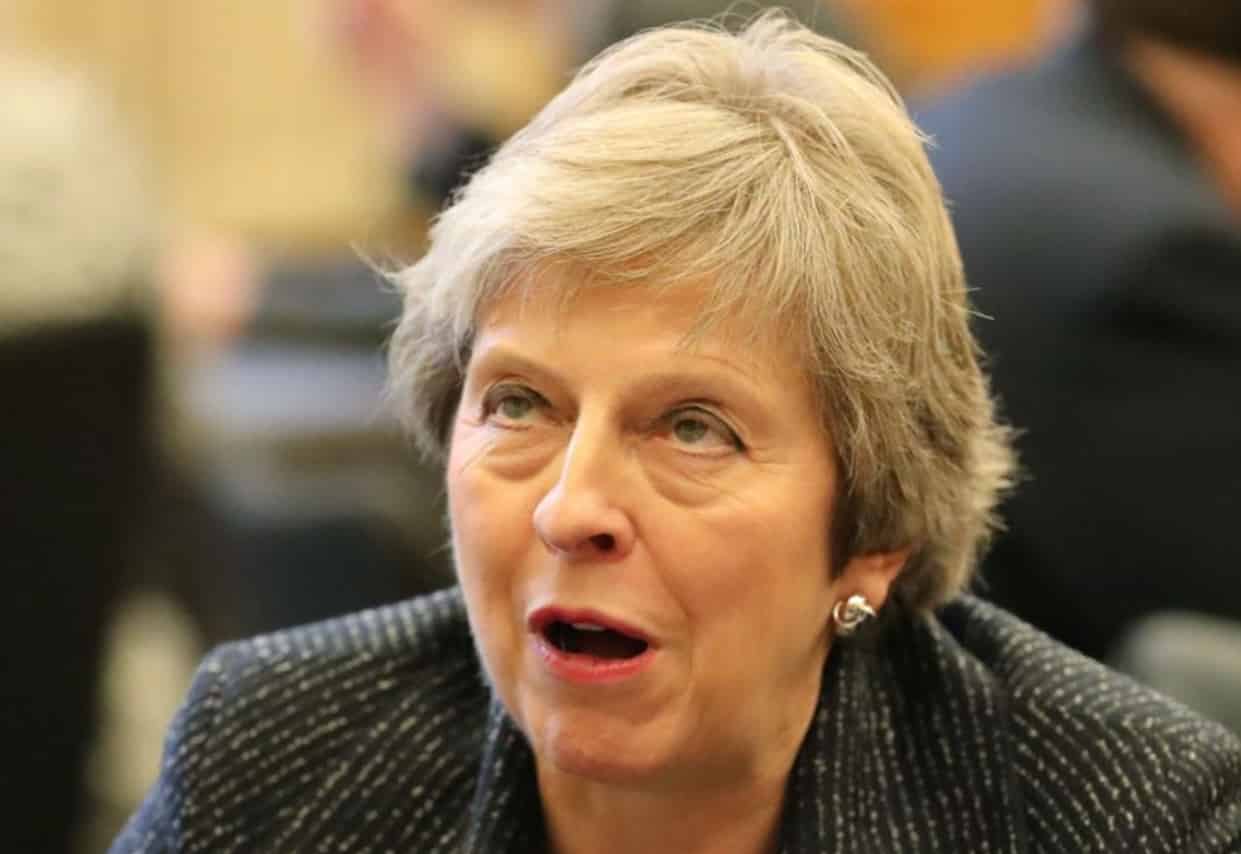 By George Galloway for Russia Today

George Galloway was a member of the British Parliament for nearly 30 years. He presents TV and radio shows (including on RT). He is a film-maker, writer and a renowned orator.
Even after her historic Commons defeat over the Brexit deal, PM Theresa May is unlikely to be toppled in the upcoming no-confidence vote. That won’t help alleviate the chaos her previous bad decisions have started.

There will now be a special glass case in the political museum for May, who has just suffered – by some distance – the worst defeat for any British prime minister in the history of the country. Like the glass case in London’s Natural History Museum marked “Dodo” it will contain an extinct entity, an ex-parrot, an ex-prime minister.

May’s defeat by 230 votes is worse by some margin than the next largest, that suffered by the first Labour PM Ramsay MacDonald – by 166 votes – before being brought down by the MI6 forgery known as the Zinoviev Letter in 1924. It is in the memorable words of a commentator at “the upper-end of bad.” No political adjectives exist to fully describe the stratospheric scale of the defeat.

Also on rt.com Theresa May’s Brexit plan rejected by British parliament In any normal polity, I would now be writing the political obituary of a prime minister who had already delivered her seals of office back to Her Majesty the Queen, who would now be testing the claims to office of a successor to Winston Churchill, Anthony Eden, Harold MacMillan, Alec Douglas-Home, Harold Wilson, Edward Heath, James Callaghan, Margaret Thatcher, John Major, Tony Blair, Gordon Brown, David Cameron and Theresa May – all PMs during Elizabeth II’s long reign.

But there is nothing normal about the polity Britain has now.

On paper, the Conservative Party can do nothing to winkle the limpet Prime Minister May out of office. But as Bill Shankly, the famous manager of Liverpool Football Club, once opined when told that on paper he was sure of a victory one Saturday afternoon, “football isn’t played on paper, it’s played on grass.”

Whilst the failed vote of no confidence in the prime minister, tabled within her own party last December, on paper leaves her invulnerable to internal challenge for the rest of this year, my sense is that this part of the story isn’t over yet.

Do Tories fear a Corbyn govt too much to get rid of May? Analysts on PM’s post-Brexit vote fate

In the earlier part of Queen Elizabeth’s reign, there were nothing as vulgar as votes as leadership elections inside the Tory party. Instead there was what was known as “the magic circle” – like the camel, difficult to define but easy to recognize – of the great and the good in the Conservative Party who would take “soundings” of course, but would essentially act as a sounding board which then visited the palace and informed the Queen of the name of the candidate they regarded as a “sound chap” worthy of Her Majesty’s confidence. They were known (in those old-fashioned days) as “the men in grey suits.”

Whilst both the gender-balance and the wardrobes may have changed since, I believe that the same kind of Tory grandees will be whispering sedition even as I write.

It’s not necessary to hate the British Prime Minister to conclude that she cannot possibly be the right team captain to continue to lead the batting for Britain in these circumstances, not least that those circumstances are very largely of her own making.

On the morning after the historic referendum victory to leave the EU, I said in a broadcast that the government should reach out to the leader of the Opposition Jeremy Corbyn to form a joint negotiating team to maximise the advantage to Britain of leaving the European Union.

Not only was this approach refused, Theresa May and her party spent the next two years describing the leader of the opposition as various forms of the “enemy within,” from an agent of the Kremlin to a friend of terrorism and extremism of all kinds. To say the least, it is difficult to row back from that now.

Secondly, it was Theresa May herself who willfully threw away the parliamentary majority she had in the hope – having believed her own propaganda that Corbyn was an unpopular Russian stooge – of eviscerating the opposition Labour Party and winning a landslide. She called a snap election, lost her majority and had to watch the falsely labelled “Kremlin stooge” increase the Labour vote by more than any leader since 1945 whilst building the largest left-of-centre party in the western world.

Mrs. May’s necessary subsequent reliance on the pro-British northern Irish bloc of ten religious fundamentalists was always bound to founder on the rocks of Brexit, because the Republic of Ireland would henceforth become the border between the EU and British state. The irreconcilable demands of no “hard border” between Ireland north and south (mandatory under the Good Friday Agreement which brought about the end of Britain’s War in Ireland) whilst drawing a necessary border between the EU 27 and the British state turned out to be just that – irreconcilable.

But the division in the Conservative party goes much deeper than the Irish Question. In truth, they are two parties (as are, in fact, the Labour Party – but that’s for another time). The Conservatives are divided right down the middle between what ontologically can be described as a “national-patriotic” capitalist wing and a “globalist” transnational wing, for whom their own country means little beyond being one of many profit-centres. They have moved beyond national boundaries. The problem for them is that their voters have not moved with them.

Whilst the pro-EU Conservatives may be many (including Mrs. May herself) in Parliament, amongst Conservative Party members and voters they are an all but eclipsed minority.

This evening Mrs. May will face a full-dress no confidence motion in the House of Commons, in which the DUP and the 115 Conservative MPs who abandoned her to humiliation last night will be expected to express their full confidence in her 24 hours later. It is unconscionable, wrong, and electorally devastating.

Whilst it’s unlikely that the government will be toppled today, the government will remain a dead man walking. It’s equally unlikely that the EU can possibly concede anything like the negotiating territory required to close such a massive credibility gap as demonstrated in this historic parliamentary defeat, but in that case the clock will keep on ticking towards a No-Deal Brexit on March 29th.

And so a state of chaos exists this day in the once-United Kingdom. The old Queen has never seen anything like it.