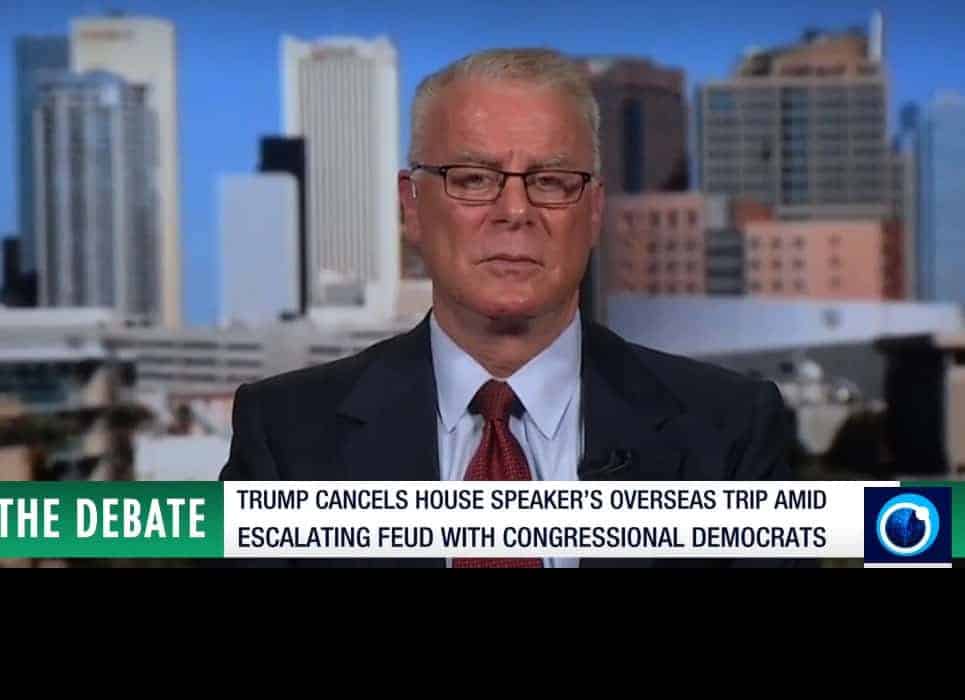 The U.S. government shutdown which began over a costly proposed border wall with Mexico has now turned into a petty political battle between President Donald Trump and House Speaker Nancy Pelosi.

Trump denied permission for Pelosi to use military aircraft for a trip to Afghanistan. That followed Pelosi’s request for Trump to postpone his State of the Union address amid a political deadlock over the U.S. longest-ever federal shutdown. Veterans Today Editor, Mike Harris, (PHOENIX) Investigative Journalist and Author, David Cay Johnston (NEW ORLEANS)