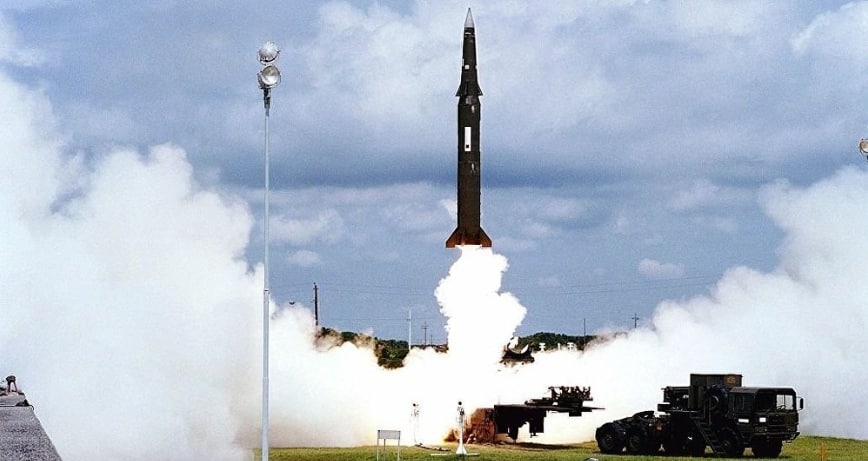 Sputnik/Moscow: Russian Foreign Minister Sergei Lavrov and his German counterpart Heiko Maas discussed the future of the Intermediate-Range Nuclear Forces (INF) Treaty, the situation in Syria and the Nord Stream 2 project at a joint press conference in Moscow.

Sergei Lavrov said the United States has already started working on the creation of medium- and short-range missiles.

“In the event of the collapse of this document, our practical actions will depend on how other countries, which already possess such weapons,” Lavrov said at a press conference in Moscow.

Lavrov added that Russia tested the 9M729 missile at the range allowed under the Intermediate-Range Nuclear Forces Treaty, and has so far received no proof of the alleged range violation.

“Only last fall, they [the United States] named two dates when, according to their estimates, tests that violated the INF treaty took place. We explained to them that the tests had indeed taken place, but the range was allowed by the treaty. We asked them to provide some concrete proof of the range violation, such as satellite pictures or something else, but have not received anything,” Lavrov told a press conference after talks with his German counterpart Heiko Maas.

Russia is ready to continue the dialogue with the United States in order to save the Intermediate-Range Nuclear Forces (INF) Treaty, Sergei Lavrov said.

“Despite the failure, due to the ultimatum-like position of the United States, of consultations that took place between Russian and American experts in Geneva on January 15, we are still ready to continue a professional, concrete conversation with facts in hand in order to try to save this crucial treaty, which provides a significant degree of strategic stability,” Lavrov told reporters.

READ MORE: Moscow Reiterates Its Position on INF Treaty Amid Uncertain US Commitment

He said the Russian and German sides, at the talks in Moscow, had considered the situation resulting from the US decision to withdraw from the INF in detail.

“The entire architecture of arms control, including the New START, including the prospects for further nuclear disarmament and the sustainability of the Non-Proliferation Treaty, is in jeopardy,” Lavrov said.

Commenting the INF treaty, German Foreign Minister Heiko Maas said that that the scope of the treaty should be expanded by means of a new document that would include other countries, such as China, in the agreement.

“Today, there are too many new [weapons] systems, such as autonomous weapons systems and weapons in cyberspace, so that a treaty is necessary that would go beyond the scope of INF Treaty regulations and would regulate new technological capabilities,” Maas said at a press conference after a meeting with Russian Foreign Minister Sergey Lavrov.

Maas noted that besides Russia and the United States, other states developing weapons systems, such as China, should be subject “to a new form of international arms control and new architecture in this area.”

He added that Germany if afraid of a new round of the arms race.

Earlier, EU member states voiced concerns over the US pull-out of the INF Treaty. In December, Heiko Maas stressed that Berlin would oppose the deployment of new medium-range missiles on European soil in the event of the INF Treaty’s dissolution.

In October 2018, US President Donald Trump said that Washington intended to leave the INF Treaty, accusing Russia of violating it numerous times. In turn, Moscow rejected all the accusations, noting that Russia would be forced to take measures to ensure its security if the treaty was terminated by the United States.

Recently, US Undersecretary for Arms Control and International Security Andrea Thompson announced that the US is planning to commence its withdrawal from the INF Treaty beginning 2 February.

The INF Treaty, signed by the United States and Soviet Union in 1987, bans ballistic and cruise missiles with ranges of 300 miles to 3,400 miles.

Commenting the situation in Syria, the Russian foreign minister stressed that Jabhat al-Nusra* now occupies 70 per cent of Idlib Province, the demilitarised zone in northwestern parts of the Arab state.

“It also worries us that in Idlib, contrary to the agreements on creating the demilitarized zone there, Jabhat al-Nusra dominates and violates the demilitarized zone. About 70% of this territory is already occupied by terrorists; they are trying to attack the Syrian army’s positions, settlements and they are trying to threaten our military air base in Hmeymim,” Lavrov said.

According to him, this is one “of the acute problems, because it is infinitely impossible to maintain this last major hotbed of terrorism in Syria.”

Idlib remains the last major insurgency stronghold in Syria. Russia along with Turkey and Iran are guarantors of the ceasefire regime in Syria.

Speaking about the Nord Stream 2 project, Lavrov said that Russia appreciates Germany’s support and values Berlin’s understanding that the pipeline is a commercial project aimed at boosting Europe’s energy security.

“We appreciate it that the German government continues to support construction of the Nord Stream 2 gas pipeline and sees it as a commercial initiative aimed at diversifying natural gas supply routes and ultimately improving Europe’s energy security,” the minister said at a press conference with his German counterpart Heiko Maas in Moscow.

*Jabhat al-Nusra is a terrorist group banned in Russia