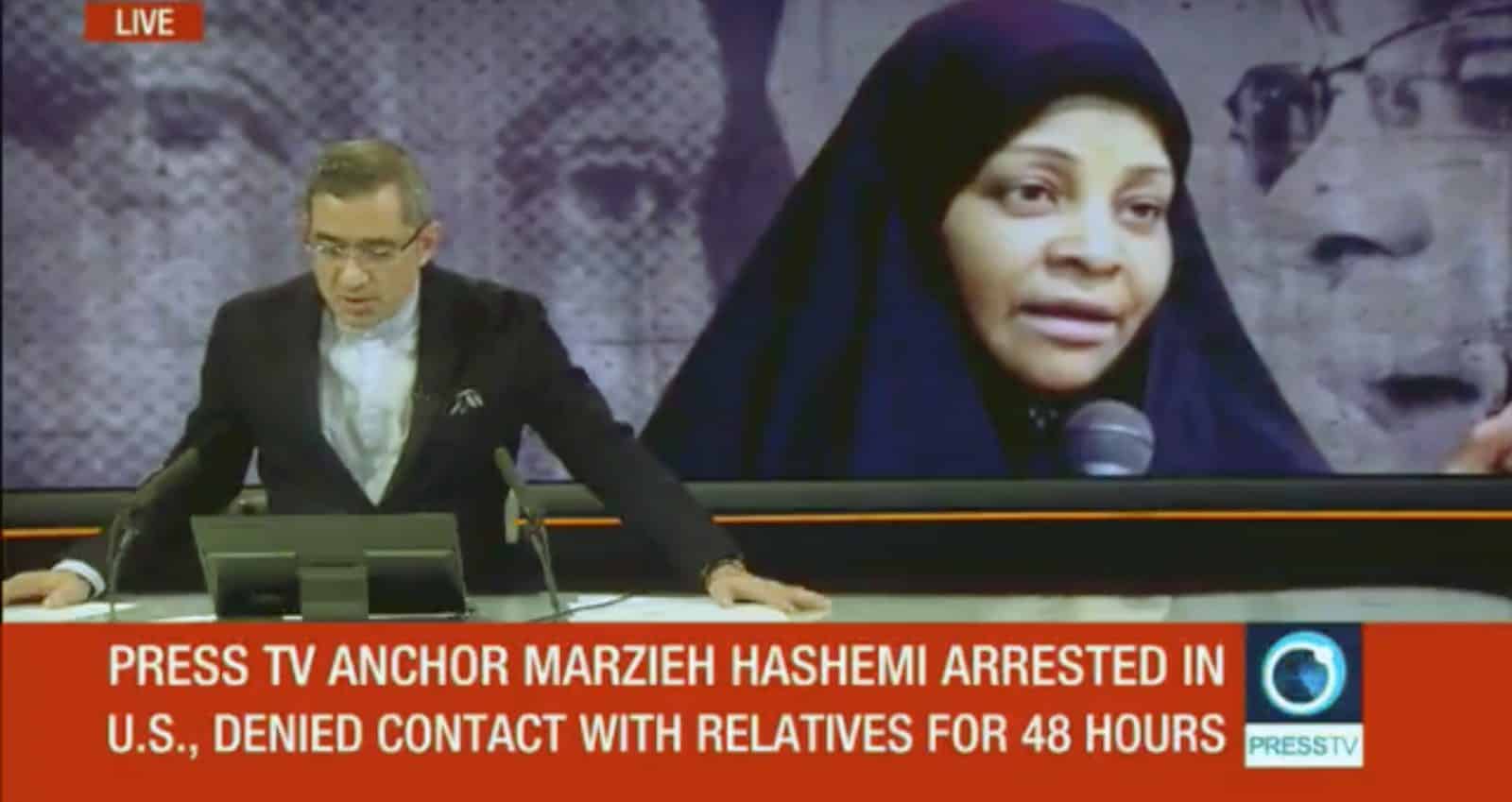 [ Editor’s Note: She has appeared twice before a judge now and has been appointed a court attorney who will fill her in on the procedures, although she will be wary of her court appointed attorney.

The AP report is saying that the government plans to release her after her grand jury appearance. It also mentions that witnesses have to be released after they have testified.

The catch there is, released if there are no “other” charges one can be popped with after testifying, like perjury in the grand jury.  And also, grand jury proceeding are secret even though a transcript is made, so whoever the target is cannot be tipped off which could trigger their flight.

We will be updating as we learn more … Jim W. Dean ]

[ Update 5.06pm EST: Reuters is reporting that a government source has said the investigation involves PressTV being an unregistered foreign agent for Iran, a strange twist indeed. Does this mean AIPAC will be next? …JD ]

A court in the United States has confirmed the arrest of US-born IraD ]nian Press TV news presenter Marzieh Hashemi as a material witness in an unspecified investigation.

Hashemi, 59, was arrested by the Federal Bureau of Investigation (FBI) on unspecified charges upon arrival at St. Louis Lambert International Airport in St. Louis, Missouri, on Sunday, her family and friends said.

Judge Beryl Alaine Howell, the chief US district judge for the District of Columbia, issued the federal order on Friday upon a request by the Justice Department, Reuters reported.

This is the first official confirmation of reports of the arrest of Hashemi, most famous for anchoring news programs and presenting shows for the English-language channel Press TV.