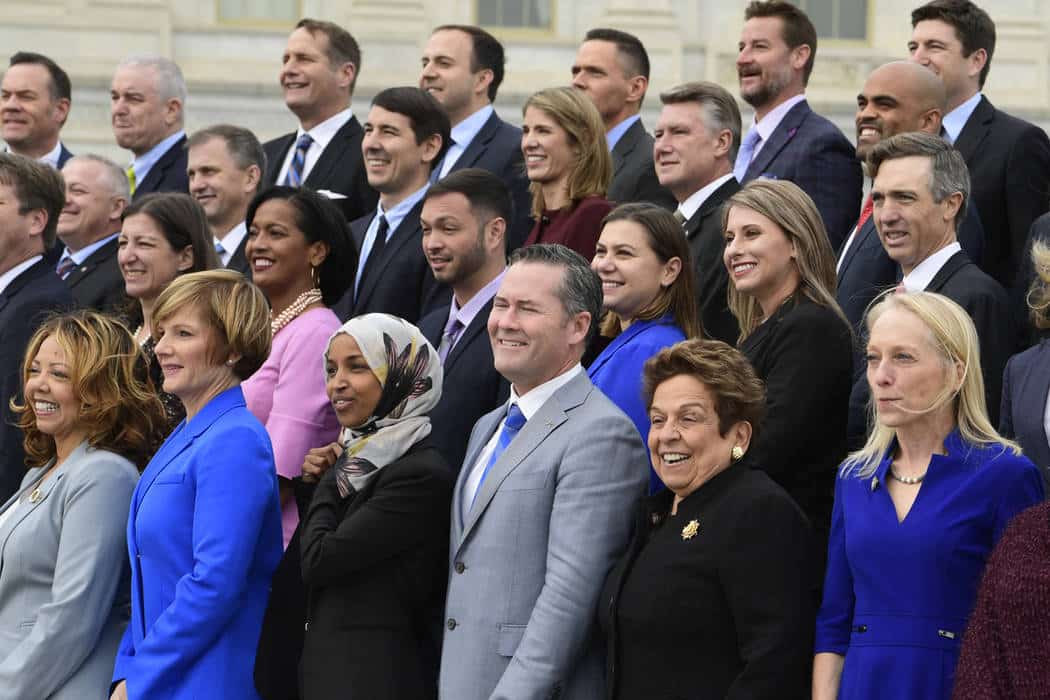 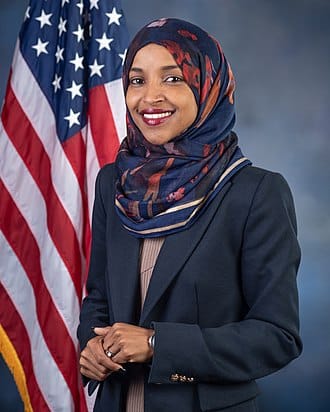 While I am quite stunned that Speaker of the House Nancy Pelosi, who is owned by the Zionists more ways than anyone can count, has put Representative Ilhan Omar (D-MN-05) on the House Foreign Affairs Committee (HRAC) this is a stroke of genius and exactly the right thing to do. This is an opening for our President.

The Zionist apartheid genocidal state of Israel has been controlling Congress for too long, and putting an elected US citizen who is sympathetic to the Palestinians and antithetical to the Zionist lies and bribery and blackmail that frame every bit of US legislation (including the legislation making it a felony in the USA to advocate for the boycott of Zionist Isreal) into the HRAC is exactly the right thing to do. Whether she had the right intentions or not, Hats Off to Nancy Pelosi for an inspired appointment.

Ari Fleischer, appearing on Fox, is full of crap when he says that anti-Zionism is the same as anti-Semitism.  No, it is not. There is absolutely no favorable comparison to be made between the Zionists — criminals controlling a criminal state — and Judaism.

Zionist power in the USA — which Robert Mueller is rumored to finally be studying — is not based on the nine million decent Jews who are US citizens and qualified voters, a tiny minority within two hundred million eligible voters. Zionist power in the USA is based on bribery, blackmail (think Jeffrey Epstein and pedophilia videos shot surreptitiously on Lolita Island), and lies.

Yes, Senator Lindsey Graham is compromised.  Representative Ilhan Omar (D-MN-05) is absolutely correct.  It is publicly known  that Senator Lindsey Graham is a not-so-closeted gay man, and it is extremely likely — a virtual certainly — that Zionist Israel has videos of Senator Graham, perhaps drunk, perhaps drugged without his knowledge, doing horrible things, perhaps to children against his own inclinations.

To his enormous credit Senator Lindsey Graham has emerged within the Trump Administration as a champion for the conservative agenda of our President Donald Trump, and I for one have publicly stated that I consider him to be “born again” with all past indiscretions forgiven. God Bless Senator LindseyGraham, and God Bless Donald Trump.

It was with Senator Lindsey Graham explicitly in mind that I have proposed to the White House on more than one occasion the need for a Presidential Counterintelligence Task Force comprised of active and retired military (the Federal Bureau of Investigation (FBI) is itself totally compromised) who convey the President’s offer of an absolute Presidential Pardon to each Member of Congress now serving, in return for their collaboration in a complete debriefing that gives up every person that has bribed them or blackmailed them.

That will assuredly expose representatives of Zionist Israel as well as quasi-Zionist Saudi Arabia. Robert Mueller appears to be on this hunt now, in part because all Russians seeking to compromise President Trump were in fact part of the Red Mafiya based in Zionist Israel. IF COMBINED WITH #UNRIG – the Election Integrity Act — this ends the ability of the Deep State and its Zionist underbelly to compromise Members of Congress.

In no way can we diminish the truthfulness and power of the ethical stance of Representative Ilhan Omar (D-MN-05); her truthfulness absolutely validates the decision by Speaker of the House Nancy Pelosi to appoint her to the House Foreign Affairs Committee.

That is an appointment that must stand — it should not be rescinded — if Speaker Nancy Pelosi is to have any credibility at all with the vast majority of American voters who favor a boycott of Zionist Israel, who despise the degree to which Zionist Israel dominates the US economy, US government, and US society — including pedophilic Hollywood celebrities and judges as well as prosecutors across America — and who want Jared Kushner — Chabad Supremacist and prat boy to Benjamin Netanyahu — out of the White House.

America is emerging from over a century of darkness in which fake news and false flag operations, compromised history, compromised science, compromised values, have  been the order of the day.

The two-party tyranny that disenfranchises 70% of America’s voters is the enabler of Deep State and Shadow Government crime — high crimes and misdemeanors all richly deserving of military tribunals that we are all praying for day and night.

HR 1, ostensibly an electoral reform act such as six-term former Representative Cynthia McKinney and I have been championing for years, is a fraud.

Not only does this act federalize and privatize the drawing of Congressional District boundaries (think Diebold fractional voting fraud on steroids), but it sets the stage for enabling non-citizens to vote in local, state, and federal elections.

I mention this because I regard Speaker Pelosi’s appointment of Representative Ilhan Omar (D-MN-05) as an omen — as a clear indication that there are possibilities for Presidential – Speaker negotiations that are being overlooked by both the President and the Speaker.

The is an opportunity to clean out the stables — to do that we need to air all the shit that everyone very hypocritically (and often criminally) refuses to air.

The President has offered flexibility on the Dreamers but I see something much larger looming here: the President and the Speaker need to go for broke on protecting Congress from those who bribe and blackmail our Members — not only the Zionists and the Saudis en masse, but other countries including France and Germany a la carte, and of course the CIA, FBI, and NSA, each holding Members hostage with their secret knowledge of Member crimes and indiscretions.

This is something Senator Chuck Schumer worries about — he is comprised, primarily as Zionist Israel’s top “Ambassador” to the US Congress (put bluntly, Schumer is an undeclared agent of a foreign power, as is Debbie Wasserman Schultz), but also in other ways I can only begin to imagine.

From where I sit, our President should offer Speaker Nancy Pelosi the first pardon, and form a unique working relationship where everything is on the table, including the restoration of Congressional integrity; the opening of Congress to Independents and small parties; and the commencement of evidence-based legislation instead of what we have now, “pay to play” legislation Of, By, and For the Deep State (the 1% with the Zionists as the digital media censors and digital as well as real assassins — see our Memoranda for the President on 9/11 Truth).

It thrills me to be able to write this. God is shedding his light on America, and there are possibilities for good governance looming in all this madness.

If the President were to take in hand the recommendations of black leaders such as Dr. Randy Short and Dr. Cynthia McKinney, issue the recommended pardons for black leaders who are political prisoners (as well as Native American leaders who are also political prisoners) I believe he can not only triumph in 2020, but do so on the basis of a new integral relationship with Congress.

The truth at any cost lowers all other costs. Honor the truth to honor God.

Robert David Steele was recommended for the Nobel Peace Prize in 2017. A former Marine Corps infantry officer and former CIA clandestine operations case officer (spy), he created the modern Open Source Intelligence (OSINT) movement in 1988 and is now the leading proponent for Open Source Everything Engineering (OSEE) manifested in an Open Source Agency (OSA) twice approved by the Office of Management and Budget (OMB) at $2 billion a year. He is the pro bono Chief Enabling Officer (CeO) of Earth Intelligence Network (501c3) and Open Source Everything, Inc. (C Corp).

His three avocational interests are racketball, reading (he is the top reviewer of non-fiction in the English language, with over 2,500 published reviews across 98 categories of literature); and off-shore sailing, finally making the break from monohulls to catamarans. Learn more about him, and access his life’s work free, at https://robertdavidsteele.com.

American Herald Tribune: The International Reputation of Israel Is in Tatters, Even in US Congress

Daily Stormer: Hot New Info: Lindsey Graham Might be Getting Blackmailed by Jews for Being a Homo

Veterans Today: Suppressed History: Military Intelligence Expose of the Origins of the Deep State in America