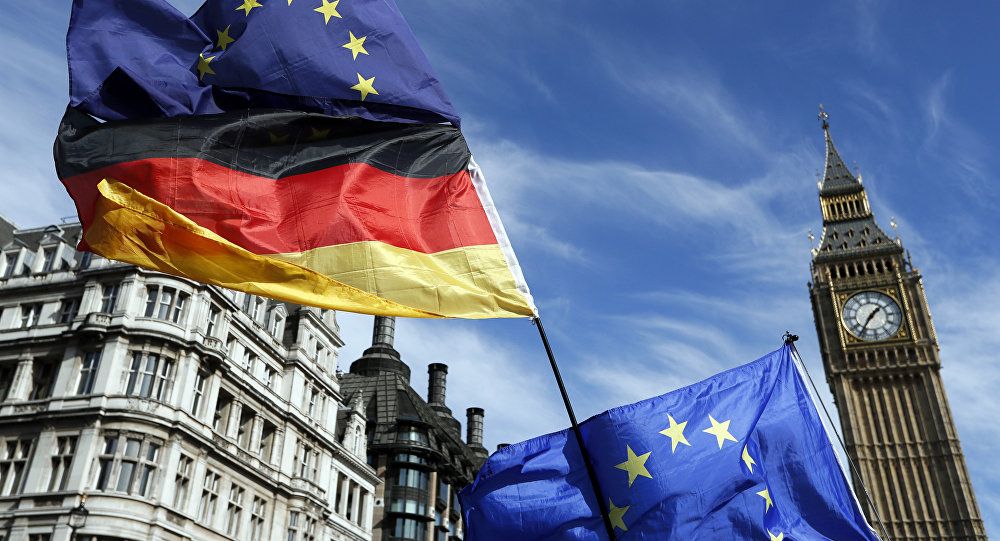 Leading German figures have written to the UK asking it to stay in the European Union. The letter, published in The Times, is signed by 31 people, including the leader of the Christian Democratic Union – and likely successor to Angela Merkel – Annegret Kramp-Karrenbauer and former Arsenal goalkeeper Jens Lehmann.

They cited post-work pints and pantomime as beloved British habits. But the UK’s role in post-war Europe is the focus of the signatories calling for Britain to stay.
“Without your great nation, this Continent would not be what it is today,” they wrote.

The letter – also signed by the chief executive of Airbus, Thomas Enders, and punk singer Campino – said the UK had helped define the European Union as a community of “freedom and prosperity”.

“After the horrors of the Second World War, Britain did not give up on us,” it continued. “It has welcomed Germany back as a sovereign nation and a European power. ”This we, as Germans, have not forgotten and we are grateful.“

The signatories said that they ”respect the choice“ of British people who want to leave the EU and, if the country wants to leave for good, ”it will always have friends in Germany and Europe“.
But they said the choice was not irreversible and ”our door will always remain open“.

The letter concluded: ”Britain has become part of who we are as Europeans and therefore we would miss Britain.

“We would miss the legendary British black humor and going to the pub after work hours to drink an ale. We would miss tea with milk and driving on the left-hand side of the road. And we would miss seeing the panto at Christmas.

”But more than anything else, we would miss the British people – our friends across the Channel. “Therefore Britons should know, from the bottom of our hearts, we want them to stay.”