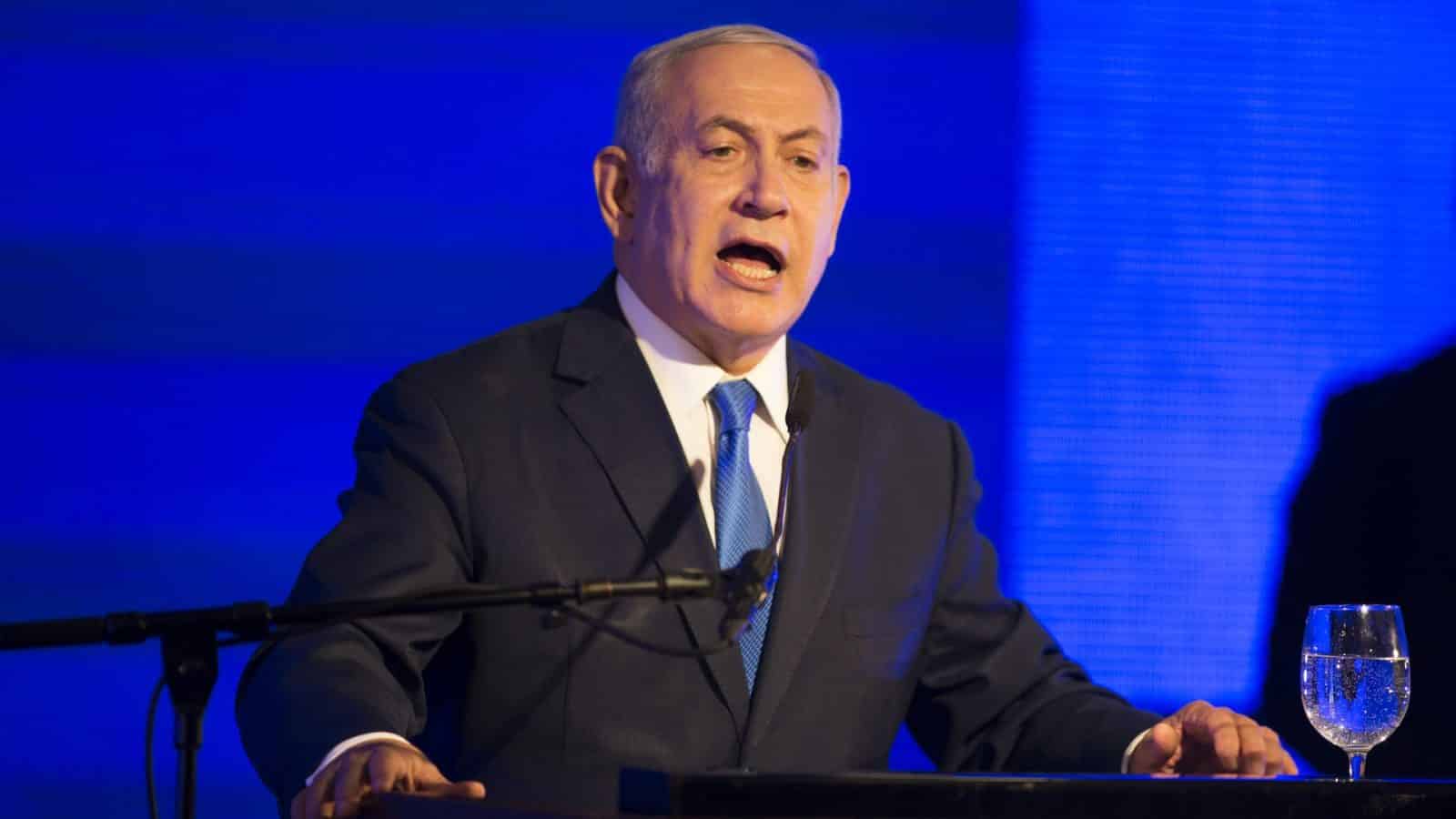 [ Editor’s Note: Netanyahu’s comments below show he is beginning to sweat the reality of the legal cases against him after Israeli’s Attorney General recommended his indictment on corruption charges.

Bibi’s bag of defensive tricks really only contains one thing, attack the motives of those who are charged with upholding the law for not understanding that Bibi holds himself above the law. Gosh, I wonder where it might have gotten an idea like that, living in Israel all of these years.

He is showing a weak hand, never contesting the details of the charges, or mentioning those that have turned states evidence. He obviously does not want the details in the media, and you will be hard pressed to find then in the English press, but quite available in Hebrew.

Bibi has already said he will not step down, even if indicted, but that could give his political opponents inside Likud a shot at taking the top slot, a la “due unto others as they would do unto you.” Lieberman will make his move when the time is right … Jim W. Dean ]

Case 4000 pertains to corruption allegations against Benjamin Netanyahu, with suspicions that he assisted the Bezeq group, controlled by Shaul Elovitch, in exchange for favourable media coverage, while working as communications minister in 2014-2017, in addition to his prime ministerial post.

Israeli Prime Minister Benjamin Netanyahu has hit out at Attorney General (AG) Avichai Mandleblit for recommending his indictment over the corruption case. Specifically, the PM described the move as a surrender to the media and the Left, Haaretz reports.

The newspaper referred to a short video published on Netanyahu’s Facebook page on Saturday, which opens with claims of “the left and the media” pursuing “Mandelblit for three years to indict [Netanyahu] at any cost”.

The footage, which also shows a spate of protests near Mendelblit’s house, ends with: “Will they succeed?”

Also on Saturday, Netanyahu lambasted Mandelblit’s move to give an interview to the Israel Television News Company, saying that “the decision to cooperate with such a program, at such a time, is unprecedented in the history of Israeli law and raises serious question marks”.

“I have serious things to say about what we saw this evening and I will say them when I return from the diplomatic trip to Chad,” Netanyahu noted.

READ MORE: Netanyahu Denies Claims He Tried to Dig up Dirt on Police Amid Corruption Probe

“It’s a question of professionalism,” Mandleblit stressed, in a statement that came after he reportedly rejected Netanyahu’s request that the indictment be delayed in light of the upcoming Israeli elections.

In line with Case 400, former Netanyahu spokesman Nir Hefetz, and Shlomo Filber, the ex-director of the communications ministry, were arrested on suspicion of promoting regulatory benefits worth hundreds of millions of dollars to Israeli telecom company Bezeq in return for favourable coverage of Netanyahu on Bezeq’s highly popular news site, Walla.

Netanyahu’s office, which is also suspected of being involved in two other separate corruption cases — Case 1000 and Case 2000 — has repeatedly rejected all the accusations, labeling them “fake news”.