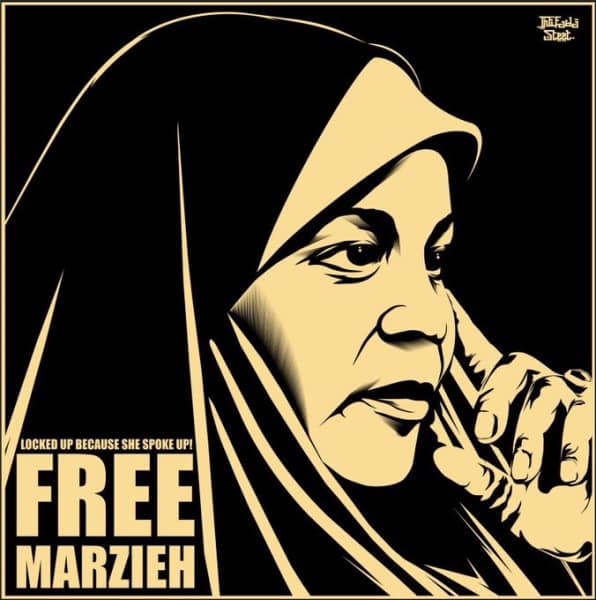 
Jonas E. Alexis: We have argued in the past that the New World Order and its linkage to the Zionist State of Israel is intrinsically evil. Its fountainhead has many offshoots: world government, controlled of the media, central banking, and subversive movements such as Neoconservatism.

The New World Order essentially has many tentacles which warp around the face of humanity. Its main goal and purpose is to subvert the moral and political order and replace it with something dark and evil, thereby creating a world in which logic and reason become obsolete.

The New World Order seeks to enslave the entire globe with a diabolical ideology, utilizing internal subversion, wartime economic sanctions, a global surveillance police state. We continue to witness this in our time. The recent Marzieh Hashemi case is a classic example. Mark Dankof, your thoughts on this. 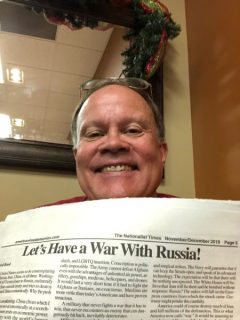 Mark Dankof: The assault on freedom of speech, freedom of association, and the right to oppose Israeli crimes and wars in the Middle East courtesy of American arms, money, and Zionist political support, has reached a new and ominously draconian level this week with the arrest and Federal detention of Press TV Iran’s anchor Marzieh Hashemi. Of the international news agencies who have covered the story since this past January 16th, Fox News would seem to have the most details presently known in this murky affair being conducted in the netherworld of the American National Security Police State.

Hashemi is an American citizen, and was attempting to fly from St. Louis to Denver to visit a brother terminally ill with cancer, when arrested at Lambert International Airport. According to Fox, the FBI subsequently transported her to a presently unknown Federal detention facility in Washington.

I will state again the summary of what I told Iran’s Press TV on this matter on open international TV on January 17th, on National Bugle Radio on the Republic Broadcasting Network with Dr. Patrick Slattery on the same date, and in subsequent conversation with Jonas E. Alexis.

First, the arrest of Marzieh Hashemi of Press TV and her subsequent detention is a violation of International Law and the Bill of Rights of the United States Constitution.

Second, the significance of the arrest and detention without charges is heightened by her status as an American citizen. Every American should understand that what is directed against her now could and will be targeted at he or she tomorrow.

Third, I am telling my responsible colleagues on the American Alt Right and Left that this arrest, in conjunction with the actions of the American National Security State against domestic activists in Alternative Media in working with Facebook, Google, Twitter, You Tube, and their “experts” at the Anti-Defamation League of B’nai Brith (ADL) and the Southern Poverty Law Center (SPLC) to hinder freedom of expression in matters related to the Zionist State of Israel, the domestic Jewish Lobby in the United States, and the marriage of the advocates of War for the American Empire with the Zionist Beast, represents a level of desperation and lawlessness not seen at any previous time in American history.

Fourth, this level of desperation and lawlessness indicates that the desire of the Zionist New World Order Beast to facilitate a war with Iran and possibly Putin’s Russia, now knows no boundaries. In conjunction with the employment of the MEK to assassinate Iranian scientists on Iranian soil, the illegitimate cancellation of the P5+1 deal with Iran, the subsequent illegitimate imposition of economic sanctions on that country, and the employment of ISIS and Al-Qaeda terrorists in Syria against the Assad regime, the Marzieh Hashemi arrest and detention suggests 2019 will bring a level of escalation against the Tehran government by the Netanyahu government in Israel and Jewish Neo-Conservatives in the United States to the brink of actually achieving the war they have desired for so long.

There are four wild cards that can and will bring down the New World Order:

One: An Iranian military capability and national will to fight consistently stronger than is understood in the United States, Israel, or the West generally.

Two: A military intervention on behalf of Iran by Mr. Putin’s Russia.

Three: Ongoing political and economic bankruptcy in the United States in a new phase of armed conflict which will exacerbate both. (For openers, David Stockman predicts a $40 trillion dollar national debt for the Washington Regime by the end of the decade.)

Four: The Anti-Zionist, Anti-NWO American Right will move into a new phase of resistance, along with their counterparts on the American Antiwar Left, once the real shooting commences in the launching of a wider global conflict leading to World War III. For real Christians in America not enamored of the American political elite, Zionism, or wars launched by both, I have recently warned of this in an essay on Christian Martyrdom and the American Empire. The bumpy road for Marzieh Hashemi this week is about to be everyone’s bumpy road as the countdown to conflict continues apace.

The clock is ticking to midnight.