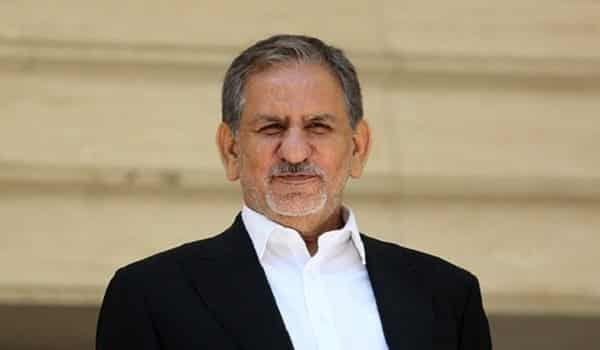 “Although the US sanctions have made the country’s conditions somehow difficult, we have proudly announced that we can manage and plan for these hard conditions and live through all difficulties with the Iranian nation’s vigilance and participation and we can move in a way that the US will not be able to attain its goals,” Jahangiri said, addressing a ceremony in Tehran on Tuesday.

“We desire talks and logic in interactions with foreign states but the Iranian nation never allows to be addressed in the language force and contempt,” he said.

Jahangiri referred to Iran’s non-oil products, and said that the country ranks 10th in the world in production of steel and ranks 2nd after India in production of direct reduced iron (DRI), also called sponge iron.

Iran has produced up to 16,640,000 tons of steel in the first 8 months of the current local calendar year (started on March 21, 2018), which shows an 18% increase in comparison with the corresponding period in last year.

The Head of the Board of Directors at Iranian Mines and Mining Industries Development and Renovation Organization (IMIDRO) Khodadad Qaribpour announced that in the first eight months of the current Iranian year exports of steel chain earned the country $ 3.2 billion.

According to Iran’s 20-year vision plan of 1404, hitting the target of 55 million ton crude steel production is accessible and about 15 to 20 million tons out of the figure is expected to be exported.

He said today Iran has the knowledge and license required for production of steel chain and has the ability to set up the process and implement it in this chain.

During the first eight months of this year (leading to November), up to 16,640,000 tons of steel was produced, showing 18% growth was observed in the production compared to the figure in the same period last year.