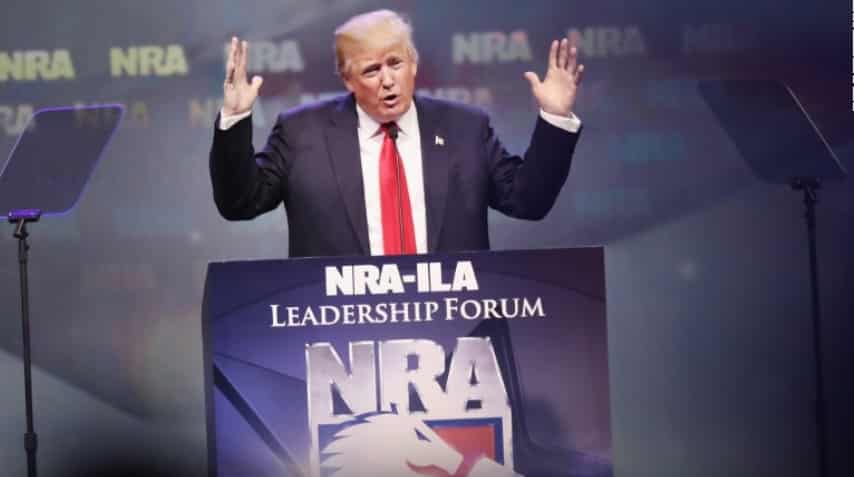 Washington (CNN)Special counsel Robert Mueller’s team has expressed interest in the Trump campaign’s relationship with the National Rifle Association during the 2016 campaign.

“When I was interviewed by the special counsel’s office, I was asked about the Trump campaign and our dealings with the NRA,” Sam Nunberg, a former Trump campaign aide, told CNN.
The special counsel’s team was curious to learn more about how Donald Trump and his operatives first formed a relationship with the NRA and how Trump wound up speaking at the group’s annual meeting in 2015, just months before announcing his presidential bid, Nunberg said.
As recently as about a month ago, Mueller’s investigators were still raising questions about the relationship between the campaign and the gun group, CNN has learned.

Exclusive: NRA gathers documents amid scrutiny over ties to Kremlin-linked banker
The NRA had already come under scrutiny from lawmakers for its massive spending in support of Trump in 2016 and its ties to Russian nationals.
Maria Butina, a Russian national, pleaded guilty in DC federal court in December to engaging in a conspiracy against the US. As part of her plea, she acknowledged that she attempted to infiltrate GOP political circles and influence US relations with Russia, in part by building ties with prominent members of the NRA.
read more at CNN