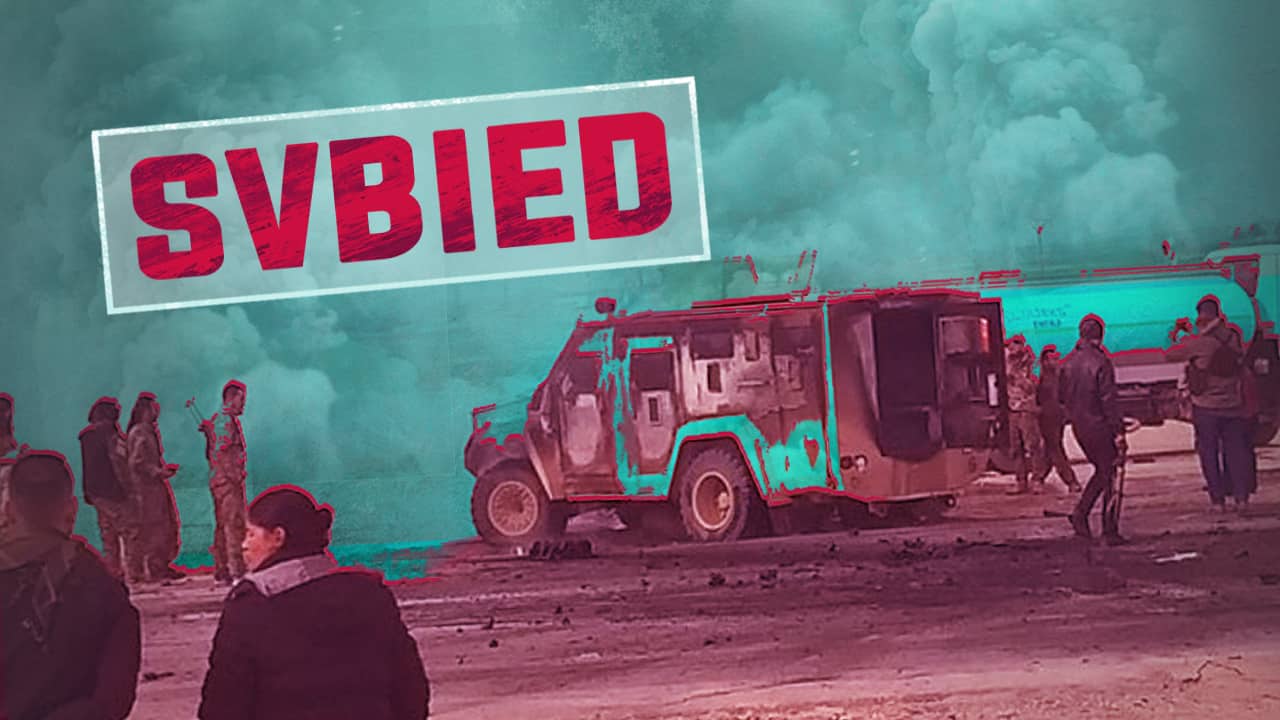 On January 21, a suicide vehicle-borne improvised explosive device exploded at a checkpoint of the Syrian Democratic Forces (SDF) in northeastern Syria, when a column of the US-led coalition was passing it.

This was the second attack, which targeted US personnel in Syria within a week. On January 16, a suicide bombing attack hit a coalition patrol in the center of Manbij. 2 US service members, a US Defense Department civilian employee and a contractor supporting the department were killed in the attack.

ISIS claimed responsibility for both attacks via its news agency Amaq.

The US-backed Syrian Democratic Forces (SDF) have captured the village of Moazah and advanced on ISIS positions in the village of Safaqinah in the Euphrates Valley. The SDF is currently developing its advance in an attempt to fully eliminate the remaining ISIS-held pocket in the area. Despite thousands of SDF-reported ISIS casualties in the area, this has not been done yet.

Speaking at the inauguration of a new international airport in southern Israel, Prime Minister Benjamin Netanyahu said Israel’s air force had “delivered powerful blows to Iranian targets in Syria, after Iran fired a rocket from that area toward” the Golan Heights, which he described as Israeli territory.

Regional political experts, including Israeli ones, point out that Netanyahu is attempting to exploit the “Iranian threat” to gain an upper hand in the upcoming elections to the Israeli Parliament, which are set to take place in April 2019.

Despite this, the increasingly aggressive Israeli rhetoric triggered a reaction in Iran. The country’s air force chief Brigadier General Aziz Nasirzadeh said that the army is ready “to confront the Zionist regime and eliminate it from the Earth” if it is needed.