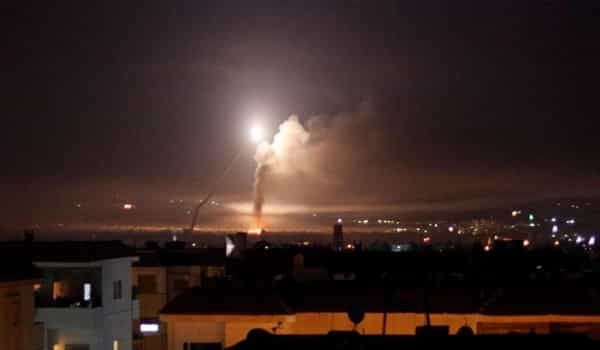 Tragically, the airstrikes still managed to target an airport in Southeastern Damascus, killing and wounding a number of Syrian soldiers. Syrian media, citing a military source, said the country had endured “intense attack through consecutive waves of guided missiles” early Monday, but had destroyed most “hostile targets.”

Israel launches airstrikes on Syria from time to time in breach of international law and in what is widely viewed as an attempt to win elections or to prop up terrorist groups that have been suffering defeat at the hands of the Syrian government forces and allies.

Mind you, in September 2018, a Russian reconnaissance aircraft with 15 servicemen on board was also downed as Syria was responding to Israeli airstrikes. Moscow held Israel responsible, saying the regime’s pilots had intentionally used the Russian plane as cover to conduct air raids, effectively putting it in the cross-chairs of the Syrian air defenses. Russia stopped coordinating its airborne operations over Syria with Israel after the incident, and upgraded Syria’s defenses with its S-300 missile systems.

This is welcome news but never enough. The international civil society, the United Nations in particular, should also join in and seek international accountability as civilians in Syria are also being killed by Israeli airstrikes. The UN must seek Israeli records on the legal basis for the Syrian raids and the assessment of civilian deaths afterward.

Indeed, the international civil society has a right to know about any claims and justifications Tel Aviv is making to target Syria and what really happens with their illegal operations and missile warfare specifically. The usurper regime’s explanations have little credibility, and the documents the Syrian government and other organizations seek are essential for international accountability.

As is often the case, civilians are still being killed by Israel in Syria. Israeli officials responsible for these bungled raids and missile-drone campaigns have committed, and continue to commit, war crimes and crimes against humanity. They should stand trial because they have broken international laws designed to protect civilians and Syria’s sovereignty. As maintained by Damascus, Israel’s missile and air strikes are unjustified, contravene the laws of armed conflict, and must end.

Some might argue that getting to the bottom of individual strikes is exceptionally difficult in places like Syria. Yet Human Rights Watch and Amnesty International have both mounted a major effort to investigate tens of the many attacks Israel has carried out against civilian areas in besieged Gaza. All those interviewed by Amnesty and Human Rights Watch strongly deny any of the men, women and children killed had been involved in militancy.

The same is true in Syria. Israel has no right to attack Syrian military positions and/or civilian airports. The world community has serious concerns as these attacks violate the prohibition of the arbitrary deprivation of life and constitute war crimes. The world community calls for those responsible to stand trial, particularly those who are exploiting the fragile situation in Syria to evade accountability for their deliberate violations.

The world community also rejects the “pro-Israel doctrine” that allows the US to support Israeli air strikes on Syria without any justifications. To accept such a policy would be to endorse unlawful Israeli practices that fundamentally undermine regional peace and human rights protections that have been painstakingly developed over more than a century of international law-making.

These arguments determine beyond any doubt that Israel’s air strikes on Syria are condemnable under international law and UN Charter. They are only designed for domestic consumption and to protect its own illicit interests. Israel’s air strikes are illegal because they are not authorized by the United Nations and because Syria never attacks Israel. Israeli strikes are illegally and indiscriminately killing civilians as well, and must be classed as war crimes. Evaluating the legality of these strikes must begin immediately at the UN with an understanding of how the law of armed conflict applies – not how Tel Aviv and its friends in Washington view its applicability in Syria.