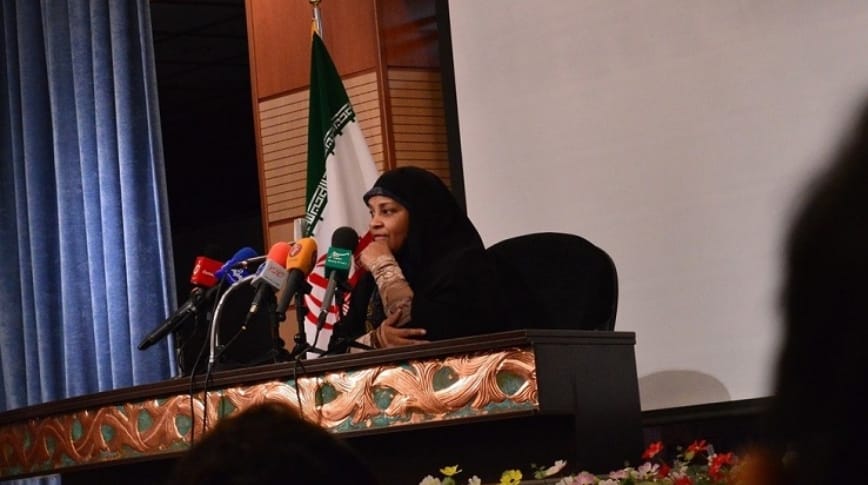 Marzeiah Hashemi disappeared on Sunday, January 13, 2018 from the St. Louis International Airport while on a domestic flight to Colorado. She had been in the United States for two weeks. No one knows where she is but, allegedly, she was “picked up” by the FBI or some other agency and is being held without legal counsel and under inhumane conditions. She was allowed a phone call after 48 hours, not to an attorney but to a family member, confirming she is alive.

There is word that a secret Grand Jury may exist in Washington and that she may well be held as a witness or may be under investigation for terrorism or treason. We do know that several of her children are now subject to a legal inquiry and will be taken to Washington for questioning.

This is a whole new game, rendition and black site detention of a “witness” but treating the witness as an “enemy combatant” or terrorist. You see, a witness, or so current judicial thought in the US goes, can be jailed forever without legal assistance or due process.

The insanity of this hasn’t set in as the majority of justices on the Supreme Court have chosen to allow this quasi-legal tool to be used while the court itself denies due process by ducking cases challenging this gross violation of human rights.

Technically, this is not an arrest. You see, there is no provision for simply “picking up” an American citizen, and Marzeiah, born in New Orleans, Louisiana as Melanie Franklin, can be detained or questioned without legal counsel. It is 100% illegal.

If she had been detained while entering the US, however, that would have been different. The American government has begun interrogating journalists, seizing their notes, photographs, devices and demanding their passwords, even access to their social media and cloud based accounts for some years now.

In 2015 Michael Chester and I, of Veterans Today, were detained by the Department of Homeland Security and accused of aiding ISIS. Michael and I were traveling through Germany, France and Italy, much of the time guests of the United States Air Force. The DHS spent hours screaming, issuing threats and reviewing documents illegally seized including perfectly dated photographs, literally hundreds of them, depicting visits to cathedrals, vineyards and archeological sites.

Eventually it was the FBI that ordered our release, a strange circumstance indeed, explaining that the DHS is poorly trained and “overenthusiastic” when it comes to journalists.

Similarly, but really far worse, my good friend Jeffrey Silverman, VT’s bureau chief in Tbilisi, Georgia, has been detained several times, beaten more than once, including by private military contractors working for the US Department of State. Silverman, a former US Army chemical weapons expert, was investigating production and transfer of chemical weapons produced at an American run facility in Georgia to terrorists inside Syria, a story the US State Department wanted stopped.

America is very sensitive about its own “Skripial” problems it seems.

The Marzeiah Hashemi issue has many facets. One, of course, is that she isn’t simply a journalist but a prominent one as well, an anchor at Press TV that I have worked with for nearly a decade. Her work is superb. She is also a magazine publisher, documentary film maker and has a long history of supporting women’s rights and of investigating abuses of illegal detainees around the world.

Now she is one.

It is alleged that she was arrested by the FBI and is being held somewhere at a black site near Washington. All detention centers in the region have been contacted and are legally required to tell the press, in accordance with the Freedom of Information Act, 5 U.S.C. 552 of 1966, if an individual is being held at a facility be it a prison, jail, military base or other type of facility.

That, as of 96 hours after detention she can’t be found by any of as many as 4 dozen press agencies, she is now “disappeared.”

The war on journalists has long been around, with mysterious deaths among journalists commonplace. Journalism is one of the most dangerous occupations on earth. When you add new “wrinkles,” the policy in nation after nation of hostage taking, one the US seems to have embraced as well, “show trials” and fake arrests to fuel prisoner swaps, which may well be what we are seeing here, journalists aren’t just kept from doing their jobs, their personal lives are interfered with as well.

Marzeiah Hashemi was in the US to visit a brother who has cancer.

It is difficult reporting on such things in developing stories, putting out material of lasting or salient value where the story itself might well disappear in what we hope might simply be a release and an apology. The darker side, of course, naming a reporter as an “enemy combatant,” which is the only way she could be held under the semblance of legality is a possibility. After all, the US has withdrawn from the Geneva Convention and no longer works with the Red Cross as required, reporting on POW’s and detainees as was done even by Nazi Germany during World War II.

The Red Cross even visited concentration camps, some at least, while America has black site prisons in up to 40 nations as well as in dozens of American states, though not all. There may well be no black site prisons in Delaware or Rhode Island, but even that can’t be stated with any degree of certainty.

Thus, we wait this out, seeing what charges will be filed, what allegations will be made, be it terrorism or espionage. What can’t be avoided, in this case, is that we are dealing with a news anchor, a prominent one, who has interviewed hundreds of Americans over the years including representatives of opposing sides in most issues.

Even the most right wing, most extreme of Washington’s think tanks vie for the opportunity to appear on Press TV to get their “talking points” on record. Press TV debate shows, hosted by Marzeih, have included Washington “insiders” strongly opposed to Iran on many occasions.

There is a darker side as well, a hidden agenda as it were. Whatever transpires, there is clearly a war on the press. What is strange and seemingly inexplicable is that even platforms that are generally accepted as “fake alternative news,” these are organizations not so secretly funded by big money Washington special interests, such as the powerful Israel lobby, seem to be under attack as well.

These pro-Israel, anti-immigration media fakes are being tossed off Facebook and twitter and now face lawsuits in what seems to be a false flag attempt to silence the entire alternative media through a fake war on the fake alternative media. If that one doesn’t confuse you, I don’t know what can, but it is happening.

A simple trip to Google Images with the adult contend filter off will yield disgusting images of America’s current first lady yet nothing is written about her. The word is out, her real history in Slovenia and New York will never be written of and it is alleged that an army of lawyers and private military contractor shields what would be the biggest potential personal scandal in American history.

Allegations about the Kushner family and Jared Kushner’s secret private life as well are being protected even though top Trump supporters like former CIA officer Robert David Steele insist that Kushner is doing more to destroy the Trump White House than any Democrat.

However this plays out, whether Marzeiah is being held hostage in order to trade her for Americans held in Iran or for some reason, the humiliation being suffered by Americans around the world and the fear sweeping through the world’s press as well, have made this an unimaginable error for who or whatever organization put this into motion.

Gordon Duff is a Marine combat veteran of the Vietnam War that has worked on veterans and POW issues for decades and consulted with governments challenged by security issues. He’s a senior editor and chairman of the board of  Veterans Today, especially for the online magazine “New Eastern Outlook.”
https://journal-neo.org/2019/01/23/the-strange-case-of-marzeih-hashemi/