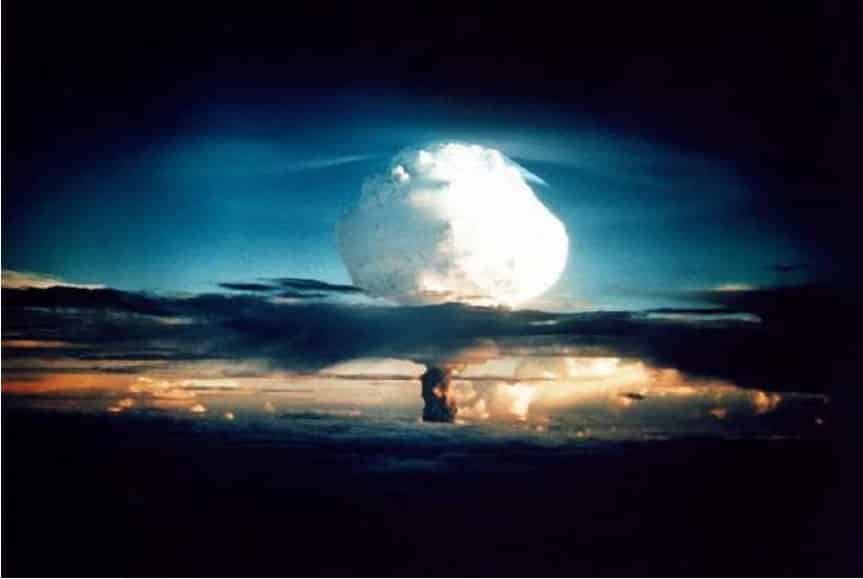 The US military has pursued a policy of “assured destruction” since the 1950s. Such a policy means that the country has at its disposal a powerful nuclear arsenal, a crushing blow of which will destroy any aggressor. This strategy makes all players – especially enemies – not even think about attacking the country.

For the strategy to work, America must be able to support it. The technological basis of the “guaranteed destruction” is the so-called “nuclear triad”. Since the United States can launch nuclear weapons from the air, from land, and from the sea, another country has no chance of success in an attack – the enemy will certainly not be able to prevent a counterstrike.

Currently, the US is working to gradually replace the weapon that makes up the nuclear triad. We are talking about bombers, intercontinental ballistic missiles and missiles launched from submarines. Such large-scale work will cost hundreds of billions of dollars, and, no doubt, the final cost of all the works in this regard will be higher than the initial estimates of the Pentagon. Meanwhile, experts in the US are already wondering – is there still a need for a nuclear triad in the 21st century?

The United States used its nuclear weapons for the first time in history during the nuclear bombing of the Japanese cities of Hiroshima and Nagasaki in 1945. Bombers remained the main means of delivering nuclear weapons in the 1950s. In the future, the development of long-range missiles, along with a decrease in the size of nuclear warheads made possible the first intercontinental ballistic missiles. In the early 1960s, adapted nuclear reactors for submarines were invented. Thus, there were three options for a nuclear attack.

During the Cold War, each part of the triad justified its existence before each other. Heavy strategic bombers, such as the modern B-2 Spirit and the “old man” Stratofortress B-52H, could carry several nuclear bombs on board and strike multiple targets distributed on the plane. Bombers can deliver accurate strikes and hit emerging targets, such as, for example, a rocket preparing to launch, suddenly detected by a US satellite. If necessary, the aircraft may return to the base in case of a cease-fire or false alarm, which is not the case with missiles.

The bombers had their flaws. Aircraft spend most of their time on the ground. This makes them vulnerable to a surprise attack. Bombers must also physically penetrate enemy territory, where they can be shot down by fighters or ground-to-air missiles.

Intercontinental ballistic missiles (ICBMs) deliver nuclear warheads into space along ballistic trajectories. As a rule, they are located in underground concrete bunkers. They accurately hit targets, quickly launch into the air and can hit a target anywhere in the world in a few minutes. Moreover, ICBMs can destroy an adversary’s nuclear weapons before the other side can deploy and launch its own nuclear weapons.

The third part of the triad was nuclear submarines carrying their own ballistic missiles with nuclear warheads. The use of nuclear energy means that the submarine can remain under water for the duration of the mission, which makes their detection and destruction extremely difficult. Nuclear submarines of the United States can destroy the aggressor country, even if the attack of the enemy somehow disables all bombers and ICBMs.

Atomic missile submarines also had their drawbacks. The first ballistic missiles launched from submarines had a relatively small range, so they needed to be delivered to the shores of an enemy state. Unlike land-based missiles, which are stationary and have accurate ballistic trajectories for predetermined targets, submarines plow the expanses of the world’s oceans and their strike accuracy in the past was lower, at least, until GPS appeared.

Nowadays, with the development of military technology, bombers can carry cruise missiles on board to attack targets at long distances, which eliminates the need for risky penetration into the air defense network. Thanks to advances in guidance technology, missiles launched from submarines hit a target almost as accurately as an ICBM. As the second decade of the 21st century is completed, the nuclear triad is getting older. For example, the B-2 Spirit Bomber bomber was introduced in the 1990s, while the B-52H has been flying since the early 1960s. The ICBM Minuteman III was first deployed in the early 1970s.

Can the United States exist in the 21st century without a nuclear triad? To answer this question, just look at China. Asia’s largest power is building more aircraft carriers, warships and modern combat aircraft. Interestingly, China is not expanding its nuclear arsenal.

China has about 280 nuclear weapons – this can be determined by the volume of nuclear fuel produced by a country. This number is about one-sixth of the number of nuclear weapons in the United States and Russia. China’s nuclear weapons are distributed between ground-based ballistic missiles and submarine-launched missiles. The country has no nuclear weapons delivered by air. In other words, China has a nuclear dyad, not a triad.

In accordance with its military doctrine, China undertakes never to use nuclear weapons first. China’s entire nuclear philosophy comes down to the following: a country can be destroyed as a result of an unexpected nuclear strike, but Chinese nuclear weapons can give a decent answer to destroy the aggressor.

China is calm about the fact that Russia or the United States is significantly superior to it in terms of nuclear weapons. The balance of power remains with China’s ability to strike back and destroy at least a few American (or Russian) cities.

Does China’s nuclear position work? Even a blow to tiny North Korea carries with it the risk of a nuclear counterattack from China, and the destruction of even one American city will be a disaster.

Many nuclear strategists claim that the United States needs a reliable and diverse nuclear arsenal to maintain an adequate level of security. According to the Chinese model, confidence is the ability to strike back after an attack.

If so, what is the use of the triad? Can the US get rid of one or two elements of the triad, spending the money released for other needs? Most experts believe that the easiest way to do without an ICBM, since the task of conventional ballistic missiles can successfully cope with sea-based missiles. A missile launched from submarines can perform all the tasks for which modern ICBMs have been developed.

Imagine that a certain state decided to destroy ground-based ICBMs on the territory of a conditional enemy. Defending themselves, the military command will have to decide on a quick attack in response. The most effective solution will be the launch of ICBM ground-based. However, it is highly probable that such a decision can be made on the basis of erroneous or unreliable information. For example, a computer system may fail, as a result of which the system will show that the enemy has already launched its missiles and an urgent response is needed.

Bombers can also retire. They fly slowly: it may take several hours to reach the goal, not to mention the fact that they can be shot down. However, bomber planes retain several advantages. Bombers can be used in a wide range of scenarios, from full-scale nuclear war to the destruction of an enemy tank column using a low-power nuclear charge. Compared with other tactical aircraft, bombers can penetrate deeper into enemy territory.

The most effective part of the nuclear triad is a missile launched from a submarine. Submarine cruisers are largely invulnerable. Britain transferred its entire nuclear arsenal to nuclear submarines. France also relies heavily on its nuclear submarines to provide a deterrent.

Suppose that the United States will follow the British example and fully switch to submarine nuclear forces. The Pentagon now has about 197 billion dollars, which it can redirect to other programs. With only a submarine nuclear fleet, opponents will still prefer to refrain from unexpected nuclear attacks. The strategy of guaranteed destruction is preserved. The United States could add a few more ships to the nuclear submarine forces and equip their missiles with several warheads, without disregarding conventional armaments.

Is there a need for a nuclear triad today and is it worth its money? Probably, specialists should think about what modern nuclear safety is and how to achieve it in today’s conditions.

US will spend a trillion dollars to prepare for war

“The US is creating a new nuclear triad”

Pentagon has found the answer to the “hypersonic threat”