[ Editor’s note:  The story below is from the UK Guardian.  It is a major research paper and is 90% accurate.  Where it is wrong, it is very wrong.

But this is opinion.  Most at VT think Sandy Hook needs an independent analysis.

What is explained is Pizzagate, where the hoax behind the hoax is exposed as the crap it is and other things, vaccinations, birtherism, the mental diseases passed on by internet infection.

About a week ago, I commented in an email chain (which includes Israeli paid trolls who now run the “troofer” community along with prominent activists who read and shudder).

The subject was how electrons behaved differently in experiments where, when viewed, they altered behavior.  The reference included lots of science and research data.  Problem is, the research never happened, no references, no dates, no peer review and the science was junk.  No, they didn’t prove g-d exists by faking science for the those who don’t have enough background to know the difference.

This is where the anti-vacc movement comes from as well, fakery and junk science.  I read a piece a few years ago how tetanus is a normal childhood disease as is polio, an anti-vacc piece to calm parents concerns.

A child with tetanus will spasm to the extent he or she will snap his or her tiny little spine in half.  This is a normal childhood disease to a ‘vaxxer’ as is diphtheria, typhoid and perhaps AIDS.

Anyway, the story below is better than it could have been, to the extent I would recommend it.  There is nothing worse than someone who means well being hoaxed into insanity.

The Guardian is fairly careful but, as usual, totally ignores the reality of false flag terrorism… Gordon Duff ]

The Guardian: Conspiracy theories used to be seen as bizarre expressions of harmless eccentrics. Not any more. Gone are the days of outlandish theories about Roswell’s UFOs, the “hoax” moon landings or grassy knolls.

Instead, today’s iterations have morphed into political weapons. Turbocharged by social media, they spread with astonishing speed, using death threats as currency.

Together with their first cousins, fake news, they are challenging society’s trust in facts. At its most toxic, this contagion poses a profound threat to democracy by damaging its bedrock: a shared commitment to truth.

The trend began on obscure online forums such as the alt-right playground 4chan. Soon, media entrepreneurs realized there was money to be made – most notoriously Alex Jones, whose site InfoWars feeds its millions of readers a potent diet of lurid lies (9/11 was a government hit job; the feds manipulate the weather.) 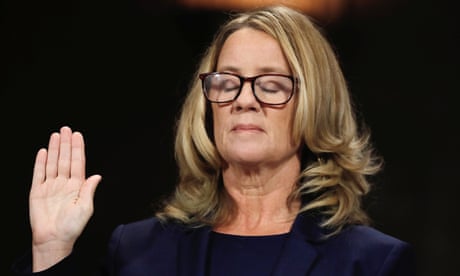 Now the conspiracy theorist-in-chief sits in the White House. Donald Trump cut his political teeth on the “birther” lie that Barack Obama was born in Kenya, and went on to embrace climate change denial, rampant voter fraud, and the discredited belief that childhood vaccines may cause autism.