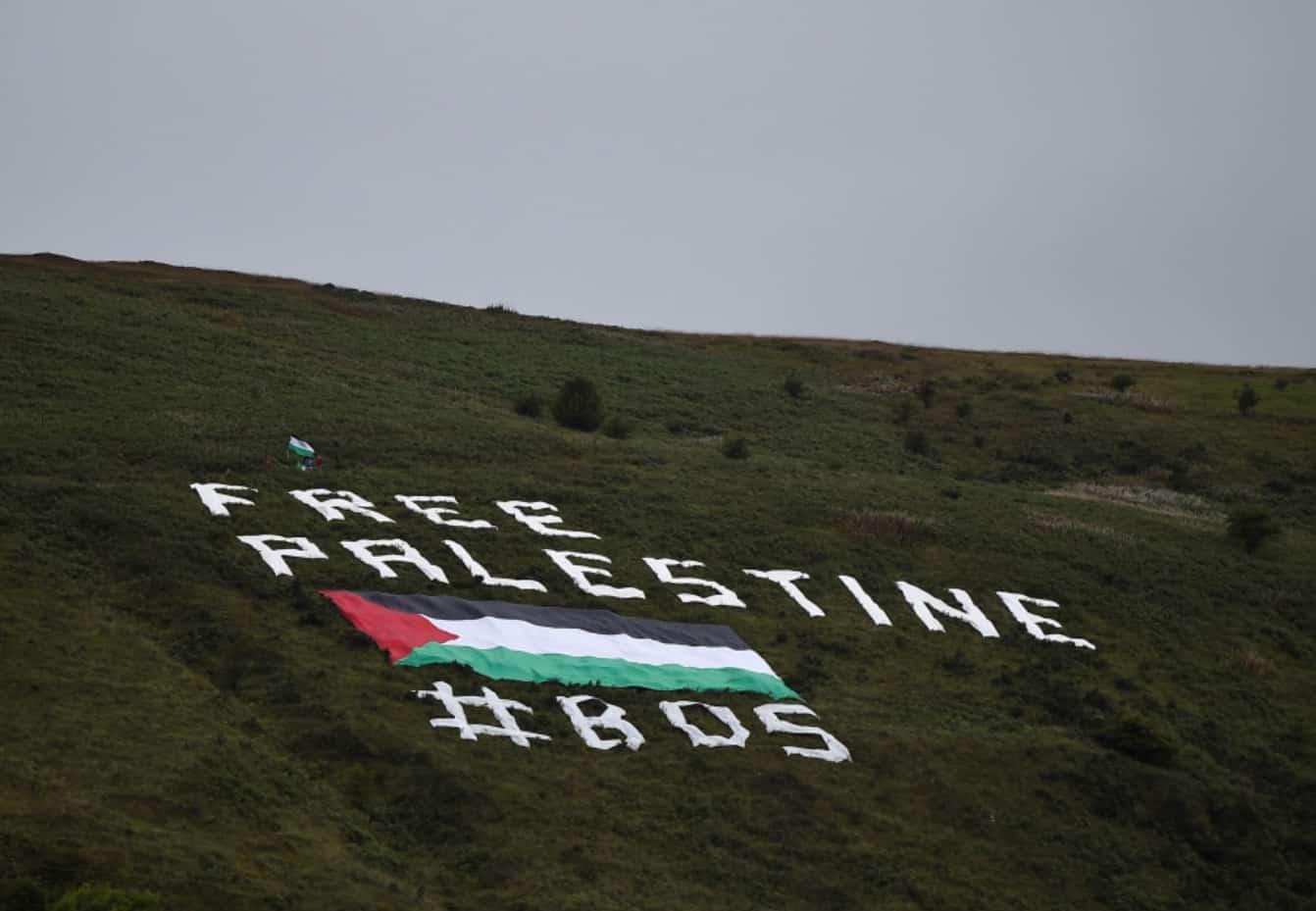 Jerusalem Post: Israel plans to reprimand Irish Ambassador Alison Kelly over her country’s advancement Thursday of a bill that would criminalize selling goods or services that originate beyond the pre-1967 lines.

“It is disturbing and disappointing that the initiators of the law are focusing on a hypocritical attack on Israel, rather than on dictatorships that slaughter their citizens,” the Foreign Ministry said. “This is a clear expression of obsessive discrimination that should be rejected with disgust.”

Israel’s Foreign Ministry summoned Kelly to a meeting on Friday, after Ireland’s lower house of parliament voted 78-45, with three abstentions, to advance the bill. If it passes, it would make Ireland the first European Union country to criminalize commercial activity beyond the 1967 lines, including east Jerusalem and the Golan Heights.

The Prime Minister’s Office said “Israel is outraged over the legislation against it in the Dail which is indicative of hypocrisy and anti-Semitism.”

Israeli Ambassador to Ireland Ophir Kariv wrote recently on the Irish website TheJournal.ie that passage of the bill would also make Ireland “the most extreme anti-Israel, although not pro-Palestinian country, outside Iran and the Middle East.”

Irish parliamentarian Maurice Quinlivan tweeted that it was also now time for Ireland to recognize the state of Palestine.

The minority government opposes the private member’s bill, but has not been able to halt its passage through the parliament because of its minority standing.

If passed into law, the measure would impose a fine of up to €250,000 or five years in jail for those found guilty of importing or selling any goods or services originating in the Golan Heights, east Jerusalem or West Bank settlements.

Initially it was believed that the government would be able to kill the bill, but the legislation gained steam. Israeli officials are still exploring possibilities to see whether there may be a route for the Irish government to squash the bill, but there are no guarantees and little optimism.

The senate approved it last year. It is now making its way through the house, which it is at the second stage of a five-stage process.

Ireland’s Foreign Minister Simon Coveney retweeted the speech opposing the bill, which he gave to the lower parliament on Wednesday during a two-hour debate about the bill.

He told the chamber that the country had a long history of opposing Israeli settlement activity and had been at the forefront of government policy on the matter.

But Ireland cannot act alone on this matter because it is part of the EU’s single market, and as a result it has to abide by its policies, he explained.

“Trade is an exclusive competence of the European Union,” Coveney said.

The EU has labeled but not banned Israeli products produced over the pre-1967 lines.

Passage of the bill would put Ireland in breach of EU law and would open it up to legal action from the EU, including monetary fines that could cost Ireland millions of euros, Coveney said.

It would also make it difficult for American companies to operate in Ireland and vice versa, because of US legislation in support of Israel, Coveney said.

In addition, he added, the bill would harm Ireland’s ability to advocate for the Palestinians on a global stage.

“We would be choosing to be a principled voice in the wilderness, satisfied in the righteousness of our course, but largely unable to influence the real action,”

Minister of State Ciaran Cannon warned the parliamentarians that other EU states would not follow Ireland in passing similar bills criminalizing settlement activity. Ireland has no partners on this issue, he said.

Supporters of the bill were not deterred by the government’s arguments.

“This historic bill is an important message from us as a small nation, expressing our solidarity with the Palestinian people who are living in dreadful conditions in the occupied territories,” she said.

They were part of a long list of parliamentarians who delivered emotional speeches in support of the bill.

Some politicians who spoke in favor of the legislation – often in emotional speeches – insisted they supported Israel, and that the bill was a statement against the settlements, not a boycott of Israel or a statement of antisemitism.

Others were harsh in their rhetoric, accusing Israel of war crimes and apartheid. One of the speakers wore a keffiyeh.

“When discussing the settlements, we should be clear that they are a weapon of war,” said parliament member Paul Murphy.

The real reason for the government’s opposition to the bill is pressure from Israel, which has threatened to remove its ambassador from Ireland, Murphy said.

Outside the parliament, the Ireland Israel Alliance and the International Christian Embassy Jerusalem held a small demonstration.

In a letter to politicians, Paul Coulter of the ICEJ said, “As an Irish citizen who loves Israel and the Jewish people, I am both appalled and ashamed at this measure. Appalled at the bill’s thinly veiled antisemitism, and ashamed of my fellow countrymen who are promoting it. Criticism of Israel is not automatically antisemitic, but to uniquely single out Israel for criticism and boycott is.”

Bloomberg columnist Eli Lake wrote Wednesday that the proposed bill would be detrimental to Ireland’s economy, which is a tax haven for American tech giants such as Apple, Google, Microsoft and Facebook.

These companies, and others, have set up branch office in Israel and bought Israeli start-ups that have employees who live beyond the 1967-lines.

“The Irish legislation, if it becomes law, would force Apple, Google, Microsoft and Facebook to choose between their Irish tax haven and their business in the Jewish state,” he wrote.

And The Irish Examiner daily editorialized on Thursday that at best the bill is a “well meaning show of solidarity” with the Palestinians, and at worst – by targeting the actions of Israel alone – it “risks the accusation that Ireland is antisemitic. It is already being seen as such in the United States, particularly in Boston where politicians, business people and other power brokers have spoken against it, among them Mayor Martin J. Walsh.”

Boston has a strong Irish-American population.

“The State of Israel is not the only occupying force,” the newspaper wrote. “What about the occupied territories of Russia (Ukraine, including Crimea, from 2014, also parts of Moldova – 1992 – and Georgia – 2008), Turkey (northern Cyprus from 1974 and parts of Aleppo in Syria since 2016), Morocco (most of the Western Sahara since 1975)?”