[ Editor’s Note: Venezuela is a mess, and I cannot see how Maduro can hang on much longer. Politically he is a dead man walking with so little support from the Organization of American States (OAS).

The US would prefer a military coup of course, quick, clean and tidy, but the brass there is holding steady. The sanctions have really squeezed the economy down to the point where the free food for the poor is no longer enough for the working class people who see no future with no water or electricity.

Despite having supported him in the past, if they feel nothing will change without him gone, he will be toast. When his own supporters come out to protest against him, then the military might move toward an interim government and new elections.

The bandied about military intervention would look bad for the US, if it resulted in a shoot out with the Venezuelan military. Nobody wants to see that, so we have a big game of chicken being played here as to who can stare who down… JD ] 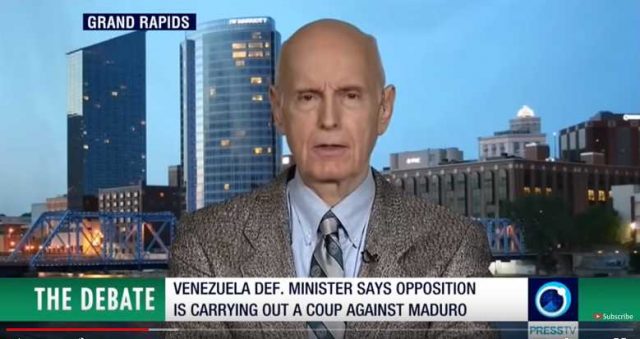 Russia has warned the U.S. not to intervene militarily in Venezuela, saying such a move would trigger a catastrophe. The warning came after the U.S. and some of its western allies supported opposition leader Juan Guaido after he declared himself interim president of the Latim American country on Wednesday.
*