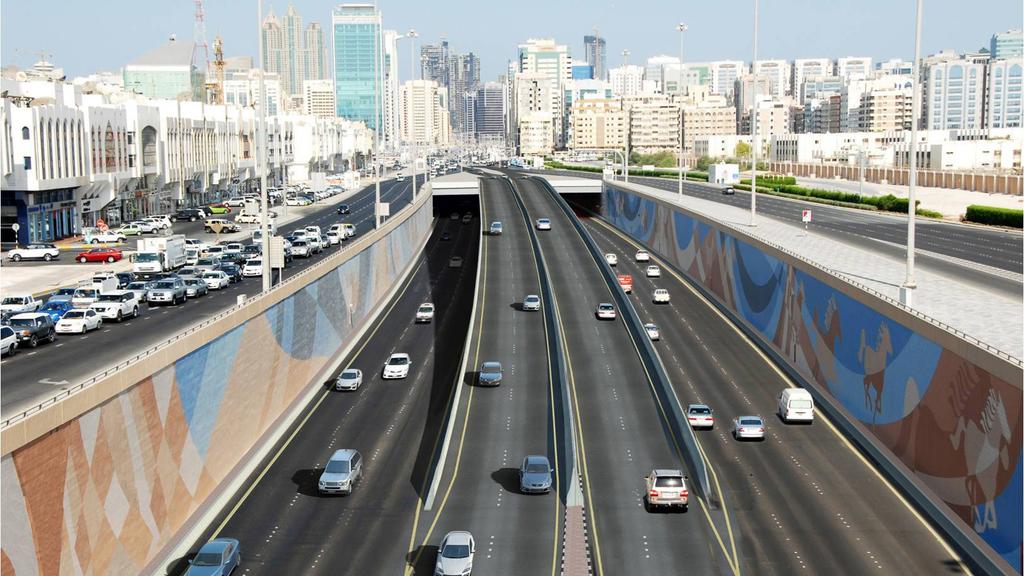 The latest updates include that UAE driving license holders can now use their license in 50 different countries to drive legally. This has given a sigh of relief to the travelers as well as the UAE residents who can now freely drive around a number of countries.

The Ministry of Affairs and International Cooperation (MoFAIC) in a recent announcement has made a declaration that in a close tie-up with 50 countries the UAE driving license shall hold true in these countries from now on. The residents can make use of the driving license is not just their own country but about 20 Arab countries and 30 others.

List of countries where UAE driving licenses are valid

The tie-up entered by the Ministry of Affairs and International Cooperation (MoFAIC) has made it possible to bring about a number of countries to accept the authenticity of the driving license that is prevalent in UAE. This recognition helps the people of UAE to now comfortably travel to these countries and be able to rent or drive cars on their roads legally.

What does it mean for the people?

With the recent announcement, there is a sigh amongst the people of UAE. While there had always been restrictions on the legality of the license in certain countries the residents had to go through a lot of efforts to procure an international driving license. However, with the new announcement, there has been a relief to the people as they can now drive in the listed countries without having to make any extra effort.

Similarly, the countries where the UAE licenses hold true can now avail UAE license easily to be able to drive on the streets of UAE. Instead of going for multiple driving tests, documentation and a lot of hard work to procure a license of UAE, these countries can get their licenses converted into an international one with which the people of the country can drive on the streets of UAE.

What are the hurdles to making this announcement active?

Although the announcement has been made in public interest, it is still to be implemented across the countries. People of different nations will have to wait for a while longer to get their licenses accepted at the global scenario.

However, there are failures to the rules because a lot of travelers often exclaim that they have been able to access driving in many other countries with their local licenses. With even the licenses that had been issued in Emirates, the travelers have been able to drive cars in the US and Europe.

How difficult it is to get an international license

Not all the travelers are able to get a driving license for their international travels as it requires a rigorous driving test on the side of the traveler. Also, the time period of the international license application, processing and arrival take a lot of time.

But one of the best things related to international driving license is that these have the credibility to be used for company insurance claims and accidents.

UAE driving license holders are going through a state of relief. This is because apart from the earlier listed countries a lot of new names have been added where the people can migrate easily and use their driving license to rent or drive cars. The residents are also free to lease out a car and travel through the country. With absolutely no more processing or documentation required the UAE driving license stands valid to every country it is listed in.

To avail, the perk one needs to carry their driving license to the country they are traveling in. As part of the visa procedure and the stamping of the passport, the UAE driving license needs to be showed to the authorities to recognize and rent out a car in the country. The check shall happen at the time of entering the country, and after the check, one can rent, lease or drive a privately-owned vehicle.

A lot of UAE residents have been withheld in the past from working in certain countries for some of the other reasons. The accessibility of the driving license in added countries makes way for the countries to accept the residents of UAE. Instead of going for the rigorous driving tests and documentation the ease brings in more accessibility, ease, and comfort.

How will this rule impact international travel?

With regards to making UAE driving license authoritative in more than 50 countries now, it shall get easier for the residents of UAE to travel to other countries and seek their driving freely. People traveling to the listed countries on a routine purpose the freedom to access driving in other countries will increase tourism for these countries.

As a result, there will be an increase in international travel especially by the UAE residents who will not restrain themselves from traveling to the listed countries especially with a new perk attached to it. Countries like Canada, Spain, Italy, Austria, Italy, Ireland, Finland, South Africa, Australia, etc are estimated to receive a higher tourism impact.

Advise for the motorists for international license

While the announcement has brought relief to a lot of residents in UAE the motorists need to keep an eye on their plans and take their step accordingly. The listed countries provide access to the UAE residents to drive vehicles in their country, but if your plan includes a country which does not support the authenticity, then one will be required to apply for the international license.

It is recommended that motorists should apply for the international license. This is one of the safety measures that is recommended for the motorists. While being on a plan to travel across countries, one might come across countries which shall prohibit their driving on the roads, and hence the international license will help them get access to the country driving scene.

Dubai offers a range of services for residents to travel with ease and experience safe travel. The insurance plans for the safety of driving helps the residents stay secured with their future. With the addition of the new rules, these services too are to be extended to the countries. So if a person owns an online car insurance Dubai and travels by their car to the listed countries, the insurance plan shall stay valid.

However, it is recommended that one should only sign up with the insurance plan that is supportive of the latest rules. While some of the old insurance plans might not support the new rules, it is important to avail the latest ruling in your insurance plans to extend it to your travel plans too. Compare insurance and choose the most viable option to stay safe on the road and travel through the listed countries without any trouble.

With the extension of the UAE driving license across a set of 50 countries, the tie-up has brought a strong connection of the people of the nations and promoted traveling. Residents of UAE feel privileged and are now more open to taking their cars to various nations. This will not only increase the demand for rental cars in other countries but also make tourism easier for both the countries.