The massive asteroid impact crater, discovered by scientists below the Antarctic ice sheet via satellite observation, may well be linked to the worst extinction event in the earth’s history known as the Great Dying.

A vast gravity anomaly was detected by a NASA satellite deep under the frozen surface of Antarctica, prompting some to wonder what might lurk below the ice in the enigmatic southern continent, the Daily Express reports. 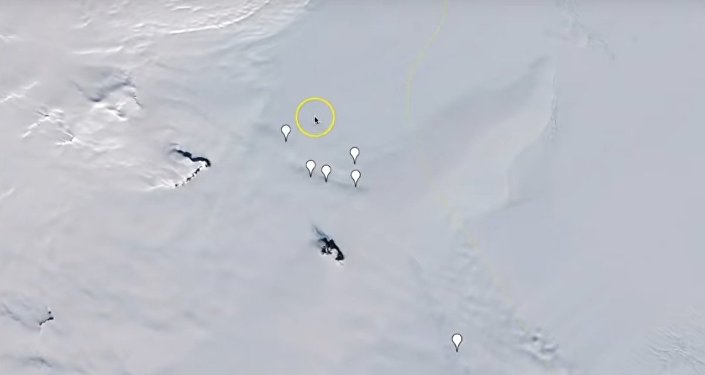 As the newspaper points out, the anomaly was first discovered in 2006 by the Gravity Recovery and Climate Experiment (GRACE), a joint mission by NASA and the German Aerospace Centre, which attempted to measure the earth’s gravity field anomalies in order to show how mass is distributed around the planet and how it varies over time.

The scientists determined that their find was in fact a huge crater beneath the Wilkes Land ice sheet, likely created as a result of an asteroid impact millions of years ago which, according to a team of researchers led by Ralph von Frese and Laramie Potts of Ohio State University, might’ve been related to the Permian–Triassic extinction event – the most severe extinction event ever, known as the Great Dying.

This discovery also sparked intense debates amid conspiracy theorists who were quick recall claims of Nazis building secret installations there during World War II, and speculations about the The United States Navy Antarctic Developments Program, also known as Operation Highjump, which allegedly was aimed at discovering the entrance to an “inner Earth”.