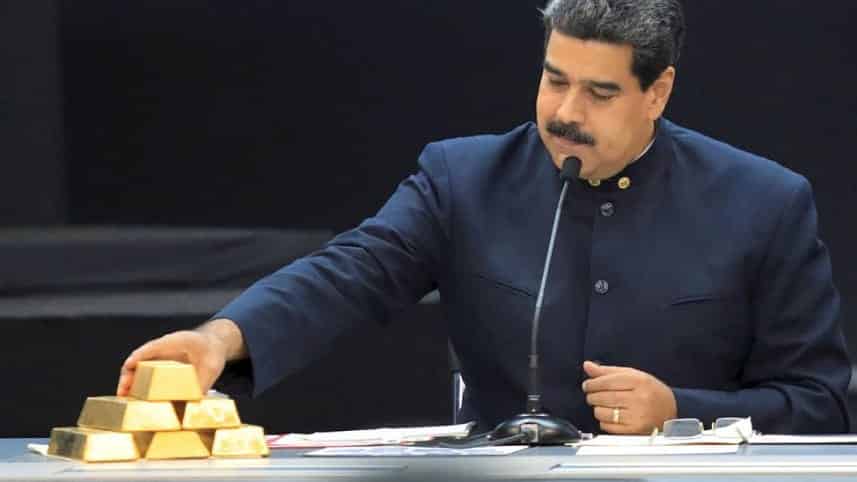 Economic and political ties between Ankara and Caracas have grown stronger, with Erdogan criticising sanctions against Venezuela during a visit there last month, without directly mentioning the United States or President Donald Trump.

Erdogan pledged to invest in Venezuelan’s failing economy during the trip, with Maduro claiming that Turkish businesses would pump some 4.5 billion euros into the country. Politico points out that while Western carriers have mostly stopped their flights into Venezuela, Turkish Airlines still operates several flights a week to Caracas.

Immediately after news of Guaido’s declaration, plane spotters tracked a jet belonging to Turkish Billionaire Turgay Ciner – owner of the Ciner Group – taking flight from Turkey to Moscow and then on to Venezuela.

Turkey 🇹🇷 to Russia 🇷🇺 on Tuesday, then on to Venezuela 🇻🇪, arriving late yesterday… 👇 pic.twitter.com/xKv0XXojWs

Tons of Venezuelan gold, mined in horrendous conditions overseen by the military, are shipped to Turkey for refinement and processing. According to Bloomberg, U.S. officials say “some may be making its way to Iran in violation of sanctions on the Islamic Republic.”

Turkey has previously been implicated in schemes to evade U.S. sanctions on Iran by trading in gold.

Maduro has since last year been seeking to repatriate about $550 million in gold from the Bank of England on fears it could be caught up in international sanctions on the country.

“My brother Maduro! Stand tall, we stand by you!” presidential spokesman Ibrahim Kalin quoted Erdogan as telling Maduro. “Under the leadership of President Tayyip Erdogan, Turkey will maintain its principled stance against all coup attempts. #WeAreMADURO,” Kalin said.

In September of 2018, a viral video of Maduro and his wife eating a steak prepared by Turkish celebrity chef Salt Bae sparked outrage in Venezuela, where malnutrition has become widespread due to the economic crisis.

Turkey joined Russia and several other countries which came out in support of Maduro, Kalin writing on Twitter that Erdogan told Maduro Turkey would support him.

“There is an elected president and on the other hand the head of congress declares himself de facto president. Some countries recognised this. This may cause chaos,” Cavusoglu told the A Haber news channel.

Many Turks voiced support for Maduro on social media using the hashtag, #WeAreMaduro. One posted an image of Maduro picking up a small Turkish flag and another one of him holding the flag of a historic Turkish clan.

“You’re not alone, big-hearted man. Turkey is with you,” another wrote.