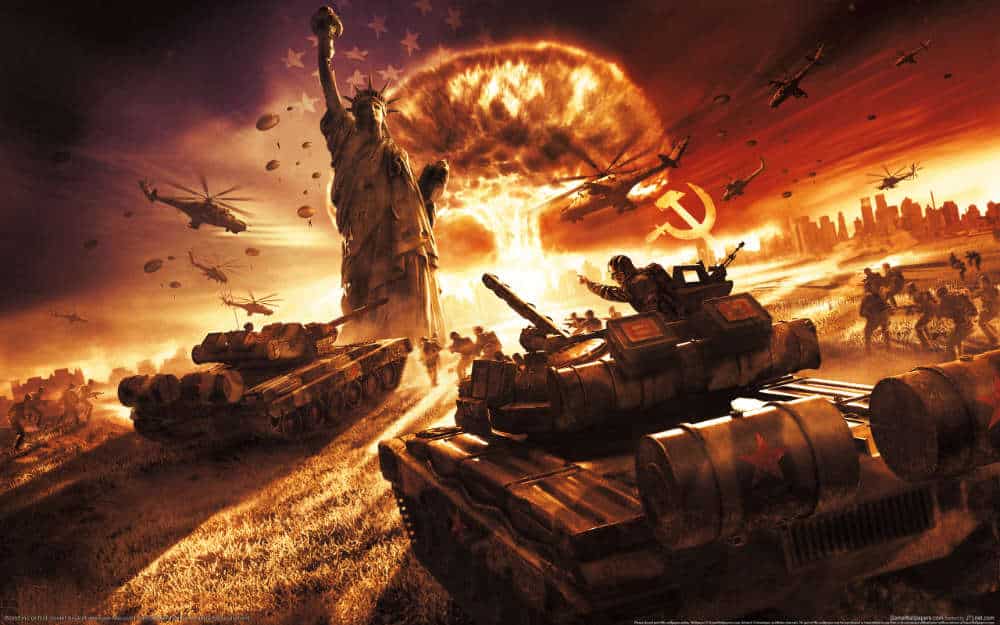 Jonas E. Alexis: Mark Dankof believes that a war of aggression is on the horizon, and it involves the usual suspects: The United States, Israel, and Saudi Arabia. Is this true? Well, all you have to do is look around. The United States has already hired flaming Neocon Elliott Abrams to marshal regime change in Venezuela under the name of “restoring democracy and prosperity.”[1]

Abrams declared that it is “nice to be back” on the political scene, adding that “This crisis in Venezuela is deep and difficult and dangerous and I can’t wait to get to work on it.”[2] Russian Foreign Ministry spokeswoman Maria Zakharova couldn’t hold her laughter because people like Abrams have a history of destroying countries under the name of democracy and freedom. As Zakharova puts it,

“Democracy was ‘restored’ in Iraq. In Libya, too. In Syria they tried but failed, or rather weren’t allowed to. And now in Venezuela.”[3]

Jill Stein agreed that Abrams is a diabolical creature. She wrote:

-Lied to Congress to cover up treasonous Iran-Contra affair

-Led 2002 US coup attempt in Venezuela

Still think this is about democracy & human rights?

Other political pundits declare the same thing. It sounds like Dankof was right: the political players continue to marshal a war of aggression virtually everywhere. These people must be exposed.

Q #1: US Secretary of State Mike Pompeo said on Friday that Washington will jointly host a global summit focused on Iran and the Middle East in Warsaw from February 13 to 14. Pompeo said the meeting would “focus on Middle East stability and peace, freedom and security here in this region, and that includes an important element of making sure that Iran is not a destabilizing influence.” What is your take on the move by the US administration?

Dankof: Pompeo and Bolton have managed to bring American foreign policy to a new level of the tragi-comedic. Your own Tasnim News Agency now reports that the United States may have to cancel the Warsaw summit due to a combination of low attendance and the attendance of junior officials dispatched by key countries who are clearly signaling their disdain at what is clearly a waste of time.

It is a waste of time since the “destabilizing influence” in the Middle East is clearly the result of the criminal policies of the United States and its Israeli and Saudi friends in disregarding international law on a global basis.  The illegal use of NATO in Libya accompanied by the extra-judicial killing of Muammar Gaddafi; the employment of Sunni Wahhabic terrorists in Syria to overthrow the Assad regime; the utilization of the MEK/MKO terrorist organization to assassinate Iranian scientists in Tehran, even as the United States maintains high-level public contacts with the MEK/MKO leadership in Albania; the co-optation of the Trump regime by Zionist forces which has facilitated the theft of East Jerusalem, the continued illegal Israeli settlements on the West Bank, and Israel’s genocidal war in Gaza; the direct American political, logistical, and military support for Saudi Arabia’s genocidal activities in Yemen; and the unilateral cancellation by Trump of the multilateral P5+1 with Iran followed by wartime economic sanctions on Iran subsequent to Tehran’s absolute compliance with the treaty, are only a few examples which illustrate that no thinking person in the world truly takes anything seriously that Pompeo and Bolton say about peace and stability in the region.

When one adds to this the NATO military buildup on Mr. Putin’s borders, and the American/EU inspired coup d’etat in Ukraine in February of 2014, the picture of who is a “destablizing influence” and an aggressor becomes crystal clear.

Q #2: A group of activists in the United States and other countries have signed a petition, calling on European countries to boycott an anti-Iran summit set to be hosted by Washington in Poland next month. The online petition urges EU countries to skip Pompeo’s “belligerent conference” and “instead host an alternative one with all nations of the region, including Iran.” What do you think? Do you believe European nations will resist against Washington’s pressure campaign?

Dankof:  The fact that the Wall Street Journal is reporting that Pompeo is considering the cancellation of his circus in Warsaw is an indication to me that the European nations and Russia are all signaling to Washington that this ridiculous event inspired by Zionist, Neo-Conservative elements in the Trump Administration and the State Department is an absolute non-starter with anyone interested in peace and stability in the region and globally.

The European countries that signed P5+1 are trying to save the agreement.  It is also dawning on them that a war in the Middle East risks a blockage of the Strait of Hormuz that would sink the world economy, and potentially draw the Europeans into a conflict with Putin’s Russia that would be both unnecessary and devastating.  It hasn’t dawned yet on Trump, Pompeo, and Bolton and their Zionist Neo Conservative pals that such a war would lead the United States into a potentially devastating situation economically, as well as a military conflict with Russia and Iran, two nations with strong conventional military capabilities.

In the case of Russia, the development of hypersonic missiles leaves the American Navy’s aircraft carrier-based task forces vulnerable to instant devastation.  China might well dump American debt instruments on the open market which would cause economic havoc on a world-wide basis.  And if the American military finds itself in a quagmire in Afghanistan and Iraq, and effectively countered by Putin in Syria, why their masters would consider adding Iran, Russia, and possibly China into the mix indicates that a considerable number of people in the Trump Administration, the State Department, and the American National Security Establishment have taken complete leave of their senses.

There is one other factor Washington is not considering:  the possibility of a Left-Right antiwar coalition in the United States domestically that may bring a final revolt against the War Party and its friends in the Israeli Lobby and the military-industrial complex that may be seismic in its implications and outcome. Mr. Trump needs to understand that his own political survival will be impossible if he betrays his America First constituency and commits his countrymen to another worthless foreign intervention and war that no one can possibly win.  There will only be losers and survivors.

Q #3: Do you think that it would make sense for Europe to participate in the conference as European countries are still a party to the Iran nuclear agreement? Some European officials have reportedly said that they will not join the event.

Dankof:  From what I have read in the Wall Street Journal, the Europeans are not about to be dragged into Pompeo’s P. T. Barnum Circus in Warsaw.  P. T. Barnum was a great circus showman and promoter in a by-gone era in the States.  He made the infamous observation many years ago that, “There’s a Sucker Born Every Minute.” The Europeans and the Russians are not suckers.  They won’t buy tickets to Pompeo’s opening night act, even if Stormy Daniels shows up.

Q #4: The Trump administration’s withdrawal from the long-negotiated agreement and its increased hostility towards Iran that have added to the instability of the region and are threatening to unleash another devastating war in the Middle East. Do you believe so?

Dankof:  I absolutely believe that the chain of events over time I have already described indicates that a war of aggression on the part of the United States, Israel, and Saudi Arabia is on the horizon.  The most recent outrage which suggests this is the recent unlawful arrest and detention of Iranian-American journalist Marzieh Hashemi of Press TV/Iran in the United States without criminal charges being filed, a process which has ended in Ms. Hashemi’s release after 10 days.

This is clearly a violation of the First and Fourth Amendments of the United States Constitution’s Bill of Rights, and a less than veiled threat to antiwar, anti-Zionist journalists on both the American Left and the American Alt-Right issued by Mr. Pompeo and Mr. Bolton to these activists, broadcasters, and print journalists, that their work exposing the criminal plans of these malefactors is going to be shut down over time.

The Zionist minions working through the Anti-Defamation League of B’nai Brith (ADL), the Southern Poverty Law Center (SPLC), and both American and Israeli intelligence are having tremendous success with censorship of Facebook, Google, YouTube, Twitter, and the like.  The latest is the Microsoft employment of the NewsGuard software in all of their mobile phones, and in research and academic centers and libraries in the United States, which would seek to discredit and demonize sources of news information that the Pompeos, the Boltons, and the Netanyahus of the world cannot tolerate.

Eventually, American broadcasters and journalists using non-MSM means of distributing their stories and analysis will be subjected to what befell Ms. Hashemi recently.  Thomas Jefferson understood this: The government that is the aggressor abroad becomes the oppressor at home.  It’s happening before our very eyes.