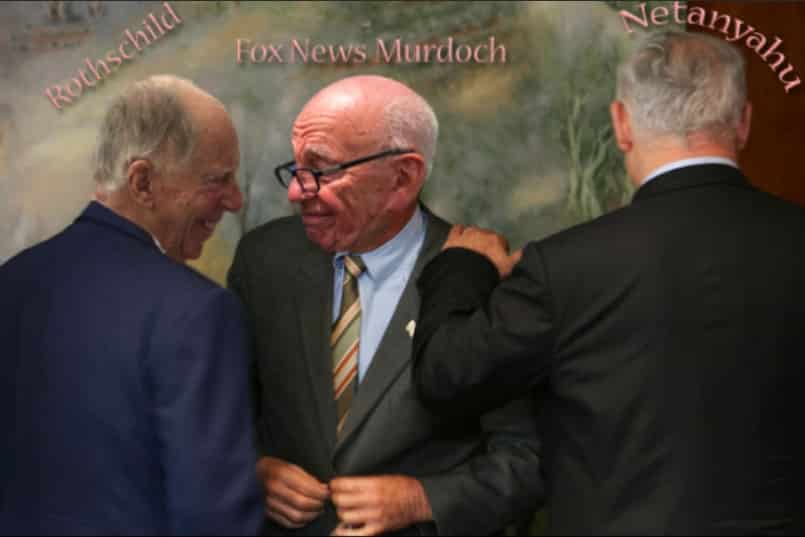 Editor’s note:  For over a decade, Israeli/Mossad run Fox News has orchestrated a hate campaign against George Soros, a deception campaign playing to neo-Nazi’s in the US and Europe.  Soros, the “arch-Zionist” is reviled in Israel as pro-Palestinian and a supporter of human rights, which makes him a target of Fox and the neocons.

Sadly, too many, even my good friend Jeff Rense, buy into right wing Zionist propaganda, falling for the big lie.

The things Soros is accused of do happen, mind you, today at the hands of Google Jigsaw/Ideas Group headed by Jared Cohen, not Soros,  He is the other side.

As with the other Fox fakery, Pizzagate, Jade Helm, EmailGate, Clinton Foundation, Birtherism, all of it simply “schmears” from our Zionist overlords custom made for idiots.

Don’t be one, we don’t have enough oxygen to keep your little heart pumping occasional red cells to your very very few tiny little grey cells, as I paraphrase Poirot.g

By Robert Mackey for The Intercept

Paranoid conspiracy theories about George Soros — the liberal philanthropist and financier cast, in starkly anti-Semitic terms, as a shadowy puppet master bent on toppling governments — are now so common that it is easy to forget that this viral meme was first injected into the far-right imagination by Fox News more than a decade ago.

An otherwise valuable new article for BuzzFeed by the Swiss journalist Hannes Grassegger — which explains how Hungary’s prime minister, Viktor Orbán, focused his entire re-election campaign on the imaginary threat posed by Soros, a Hungarian-born Jew — is marred by an incomplete history of the meme.

Grassegger, perhaps because Fox News is not broadcast in Switzerland, appears to be unaware of the key role played by Rupert Murdoch’s channel in spreading this myth, and incorrectly attributes the creation of the anti-Soros meme to the late Arthur Finkelstein, an American political consultant who advised Orbán.

Grassegger is right to report that Finkelstein and his partner George Birnbaum “turned Soros into a meme” in Hungary, starting in 2013, portraying the billionaire as an enemy of the Hungarian people in posters and attack ads disguised as public service announcements. But his claim that the two men “created a Frankenstein monster that found a new life on the internet,” prompting baseless smears about Soros to spread across the globe, fails to note that the coded anti-Semitic attack on Soros had appeared on Fox News six years earlier.