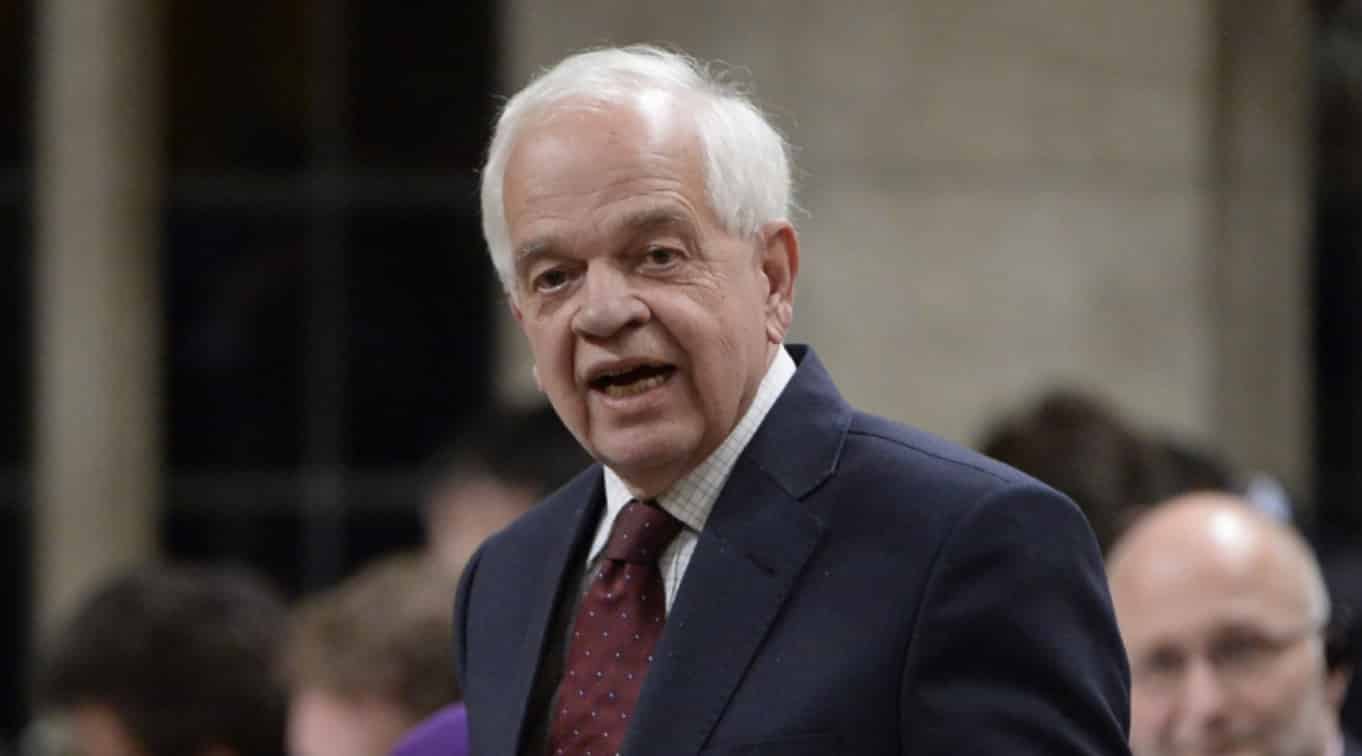 A lot of work has been put into sabotaging the emerging US-China friendship which began blossoming with Trump’s killing of the TPP and 12 day state visit to China in November 2017. While institutional structures embedded within America have come to be known as the “Deep State”, a major overlooked component of that apparatus is found in America’s Monarchy to the North whose anti-American Deep State was set in place long before Lincoln’s assassin received his orders from Confederacy operations in Montreal.

The newest fissures in the Anglo-Canadian Deep State appeared on Saturday January 26 as Canada’s Ambassador to China, John McCallum found that he was out of a job due to the sin of uttering perfectly rational truths during a January 23rd meeting of Chinese journalists in Toronto. The speech dealt with the extradition case of Huawei’s CFO Wang Meng Wanzhou- who has been held as political prisoner in Canada since December 1, 2018. What were those truths?

First: That President Trump has stated his willingness to intervene in the case if it threatened America’s trade relations with China, and  Second: That Canada never signed onto those Iran sanctions which involve her case.

What McCallum was referring to were Trump’s December 11 statement to Reuters “If I think it’s good for what will be certainly the largest trade deal ever made, which is a very important thing — what’s good for national security — I would certainly intervene, if I thought it was necessary”

It took little more than the blink of an eye for the terrified technocrats steered from the Deep State/Privy Council Office of Ottawa to go into damage control mode reflected in Justin Trudeau’s announcing McCallum’s firing within three days, with leaders of the nominal opposition gleefully rejoicing at his sacrifice with Conservative Party leader Andrew Sheer stating: “This decision should have been made days ago. Instead [Trudeau has] shown weakness on this file and damaged Canada’s reputation and our ability to handle this very important issue where Canadians’ treatment in China is being affected by this”.

While the press heard PM Trudeau announce Saturday afternoon that “Last night I asked for and accepted John McCallum’s resignation as Canada’s Ambassador to China” the true effects of the firing have run directly contrary to the Deep State’s intention, as McCallum’s downfall represents the largest of a growing array of structural cracks in the imperial machine. These cracks provide both a glimpse into the ugly workings of the British Empire’s operations in North America and also serve as a precursor of the immanent downfall of the bankrupt Empire itself.

McCallum and the Rift Between Technocrats and “Practical” Politicians

A Jean Chretien-era Cabinet Minister, John McCallum is an old school “practical politician/businessman” whose tendency was to act in Canada’s national interests when war and economic devastation became the obvious outcomes of those brazen imperial agendas endemic in the mindsets of such neo-cons and technocrats as John Bolton, Elliot Abrams or Canada’s PM-handler-in-Chief Chrystia Freeland (1).

The sin of telling the truth, even in the simple manner that he did, involves not only exposing the true agenda behind the arrest of Meng Wanzhou but also showcases who is truly behind it. The “official” British narrative has demanded that Trump be perceived as the anti-Chinese villain of the story and Canada a mere victim doing the bidding of the big bad bully to the south by sacrificing our relationship with China in this arrest. The McCallum case demonstrates that the very opposite is true. Trump wants positive relations with China and the Belt and Road Initiative now lifting billions out of poverty and it is the Deep State which is deeply embedded in Canada which is working to do everything possible to prevent that potential alliance.

(1) In her own writings, Rhodes Scholar Freeland has referred to this schism within the elites of the west as that of “bad” Plutocrats vs “good” technocrats- with “good” Plutocrats defined by the likes of her friends Jeff Bezos, Bill Gates, or George Soros, who are willing to sacrifice much of their own financial gain under a new system of global governance masquerading under a “Green New Deal” (aka: Malthusian de-population) which she has also championed on record for years. See “The Strange Case of Chrystia Freeland” in Canadian Patriot #11, 2014 for more.

BIO: Matthew J.L. Ehret is a journalist, lecturer and founder of the Canadian Patriot Review. His works have been published in Executive Intelligence Review, Global Research, Global Times, The Duran, Nexus Magazine, Los Angeles Review of Books, Veterans Today and Sott.net. Matthew has also published the book “The Time has Come for Canada to Join the New Silk Road” and three volumes of the Untold History of Canada (available on untoldhistory.canadianpatriot.org). He can be reached at [email protected]