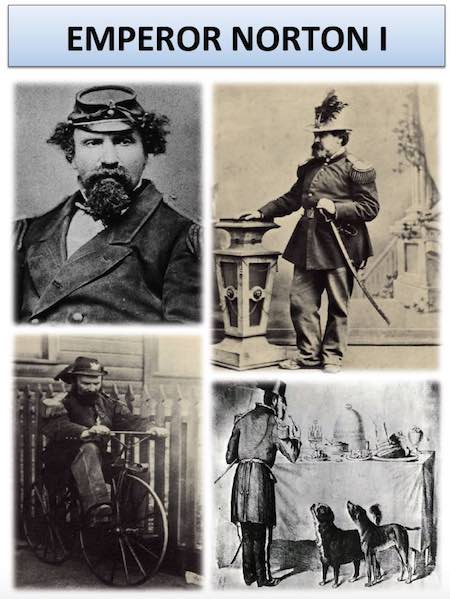 Watch False Flag Weekly News (click HERE for links) for a week-by-week rundown of the world’s descent into madness. This week’s craziest story involved some guy named Guido—sorry, I mean Guaido—who woke up one morning and thought he was Napoleon, or the president, or something like that…and much of the world humored him. (“You think I’M crazy, how about all those people who believe me?”) Apparently “Guido” is Venezuela’s answer to Emperor Norton, the infamous 19th century San Francisco madman who declared himself “Emperor of the United States and Protector of Mexico,” printed his own fake currency, and was humored for decades as a lucrative tourist attraction.

Below is Helen Buyniski’s amusing piece on “Guido” and his promotor Pompeo.

Guido? Guaido? Neoliberalism’s Sacrificial Lamb Scrambles to Prove Himself Worthy of a Name

The US’ support for Venezuelan National Assembly leader Juan Guaidó’s coup may not be as solid as it looks. While Vice President Mike Pence personally gave Guaidó the go-ahead to declare himself president in a phone call earlier this week, Secretary of State Mike Pompeo apparently doesn’t even know the American puppet’s name, referring to him as “interim president Juan Guido.”

“We’ll have announcements from…other places later today, talking about how we anticipate interim president Juan Guido will have the resources he needs to lead the government of Venezuela forward,” Pompeo announced in a press conference, looking somewhat dyspeptic while mangling the name of the man Washington has chosen to lead the Venezuelan people into a shiny, democratic future – minus the actual democracy.

“Guido,” once a racial slur used in the US against Italians, has more recently been reclaimed by reality TV fans to describe tanned, over-muscled hair-gel aficionados of all ethnicities, but no one ever looked at the cast of Jersey Shore and thought, “That’s who I want to lead my coup!” Until now.

Even mainstream media admits Guaidó was an “unknown figure on the international stage” until last week, and it’s entirely possible no one had heard of him in Washington until then, either. Pompeo and equally rabid anti-Maduro national security adviser John Bolton have a bad habit of rushing to support literally any group willing to oppose a regime they dislike, which has led to some questionable alliances in Iran, Syria, and everywhere else they’ve chosen to aim their peculiar brand of ‘freedom.’ 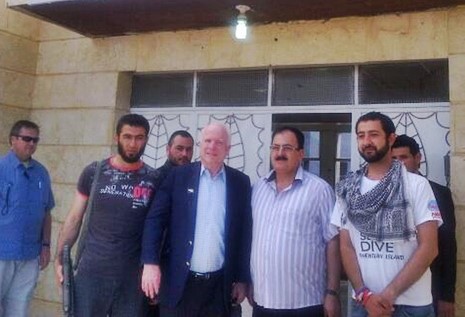 Pompeo seems to understand on some gut level that Guaidó isn’t going to be around for too long. Why bother learning his name when he’s destined for the scrap-heap that has claimed so many others anointed by Washington to lead the Venezuelans out of the frying pan of socialism into the towering inferno of neoliberalism?

Guaidó’s first act as self-appointed leader – to apply to the IMF for a loan with the promise of privatizing Venezuela’s vast oil reserves (the largest in the world) – bears this theory out. Even he knows he has a limited window of opportunity. The Venezuelan army remains loyal to President Maduro, who recently won his second term in an election the opposition boycotted in order to deem it illegitimate. As former Venezuelan minister Moises Naim told a Davos panel, “guys with guns” are largely responsible for what happens next in Caracas. While Pompeo has blustered that “no options are off the table,” the US is unlikely to run a full-scale ground invasion in Venezuela when their usual Latin American takeover model has worked so well in the past, especially now that they’ve gotten Iran-Contra ghoul Elliot Abrams out of cold storage and named him “special envoy” to the country.

Still, Pompeo isn’t the only one tongue-tied over the Venezuelan boy wonder. Paraguayan President Mario Abdo Benítez also struggled to get Guaidó’s name out, and he speaks the same language and lives on the same continent.

Not been the only one to say it. This 👇 is Mario Abdo Benítez, president of #Paraguay, recognizing a man whose surname he doesn’t know. Maybe a new influenza? #Venezuela https://t.co/BKCUsTIFbD

The speed at which the western hemisphere recognized Guaidó without, apparently, knowing who he is raises a few questions. Did the State Department send out a chain letter to South American governments warning “Forward this to five other countries or Trump will sanction you?”