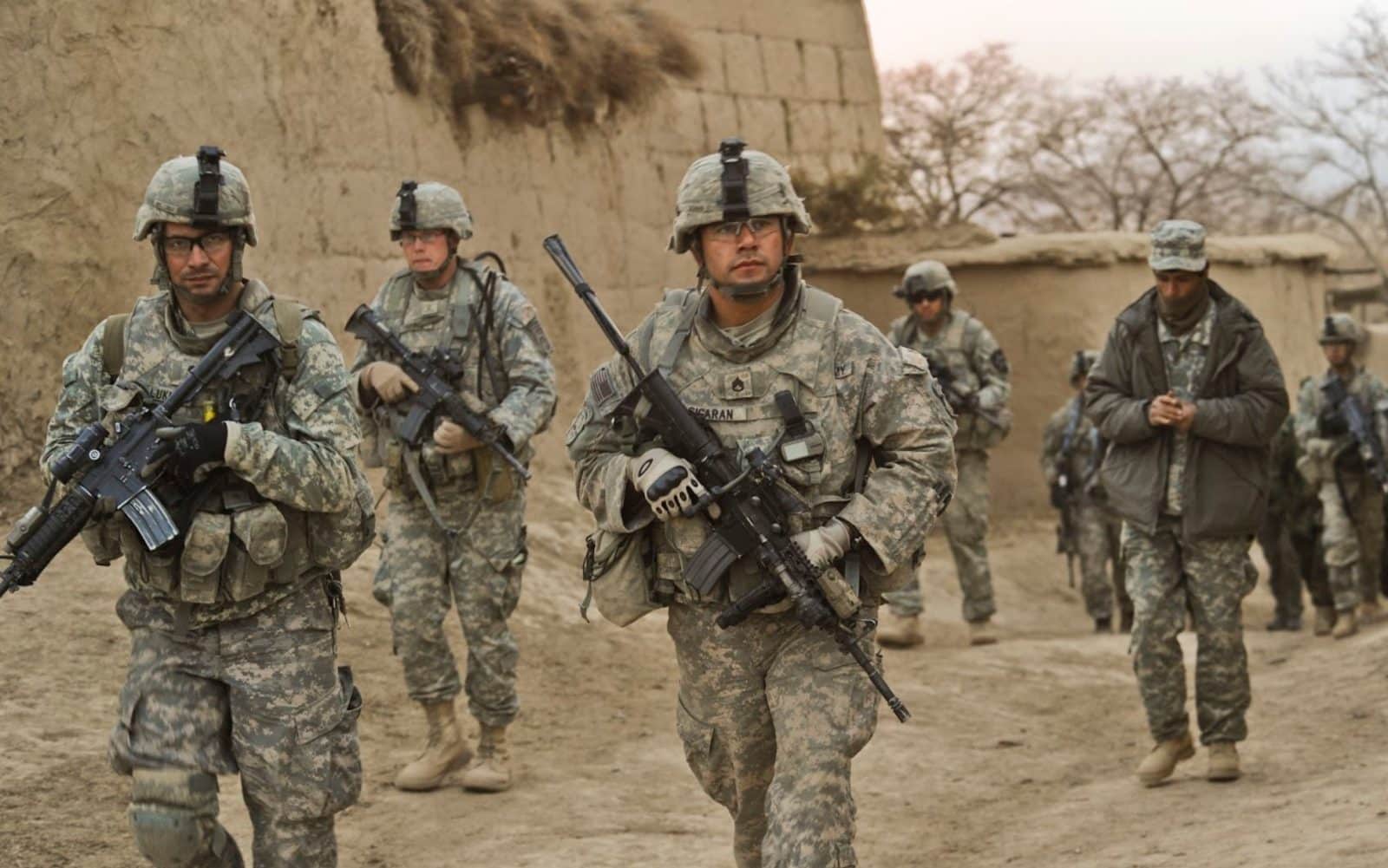 On Saturday, January 26, Reuters reported [1] that Taliban officials said the US negotiators agreed on a draft peace pact setting out the withdrawal of American troops from Afghanistan within 18 months, potentially ending the United States longest war.

Confirming the news, New York Times reported [2] on Monday, January 28, that the US chief negotiator Zalmay Khalilzad stated the American and Taliban officials had agreed in principle to the framework of a peace deal in which the insurgents guaranteed to prevent Afghan territory from being used by terrorists, and that could lead to a full pullout of American troops in return for a ceasefire and Taliban talks with the Afghan government.

Moreover, Secretary of State Mike Pompeo tweeted on Saturday: “The US is serious about pursuing peace, preventing Afghanistan from continuing to be a space for international terrorism and bringing forces home,” though he declined to provide a timeframe for the withdrawal of American troops from Afghanistan.

The news of drawdown of American forces is expected after the next round of peace talks is held in late February in the capital of Qatar, Doha, in which Mullah Abdul Ghani Baradar, a close aide to the Taliban’s deceased leader Mullah Omar, will lead the Taliban delegation.

Baradar was released from captivity [3] in October by Pakistan’s intelligence agencies and was allowed to join his family in Afghanistan. He was captured in a joint US-Pakistan intelligence operation in the southern port city of Karachi in 2010. His release was a longstanding demand of the Afghan government because he is regarded as a comparatively moderate Taliban leader who could play a positive role in the peace process between the Afghan government and the Taliban.

Alongside the issues of Taliban providing guarantees it would not allow Afghan soil to be used by transnational terrorists, al-Qaeda and Islamic State Khorasan, the Taliban holding direct negotiations with the US-backed Afghan government – which the Taliban regards as an American stooge and hence refuse to recognize – a permanent ceasefire and the formation of a mutually acceptable interim government, a few other minor issues, such as the exchange and release of prisoners, removing travel restrictions on the Taliban leadership and unfreezing its bank accounts are also on the agenda of the peace talks.

Although both Reuters and New York Times reports hailed the news of the pullout of American forces from Afghanistan a diplomatic victory for Washington since the Taliban had agreed to a ceasefire and holding talks with the US-backed government of Afghanistan, in fact the withdrawal of foreign troops from the Afghan soil would be a stellar victory for the Taliban and one of the most humiliating defeats for Washington since the Fall of Saigon in 1975, because besides destroying a country of thirty-million people, Washington has failed to achieve any of its objective, including the much-touted imperialist project of “nation-building,” during its seventeen years of occupation of Afghanistan.

Regarding the presence of transnational terrorist networks on the Afghan soil, the al-Qaeda chief Osama bin Laden has already been killed in a May 2011 raid of the US Navy Seals in the Abbottabad compound in Pakistan and its second-in-command Ayman al-Zawahiri is on the run. Besides, the number of al-Qaeda’s Arab militants in the Af-Pak region does not exceed more than a few hundred and are hence inconsequential.

It is understandable for laymen to conflate such local militant outfits for the Islamic State proper in Iraq and Syria, but how come the policy analysts of think tanks and the corporate media’s terrorism experts, who are fully aware of this not-so-subtle distinction, have fallen for such a ruse?

Can we classify any ragtag militant outfit as the Islamic State merely on the basis of ideological affinity and “a letter of accreditation” from Abu Bakr al-Baghdadi without the Islamic State’s Baathist command structure and superior weaponry that has been bankrolled by the Gulf’s petro-dollars?

The Western political establishments and their mouthpiece, the mainstream media, deliberately and knowingly fall for such stratagems because it serves the scaremongering agenda of vested interests. Before acknowledging the Islamic State’s affiliates in the region, the Western mainstream media also similarly and “naively” acknowledged al-Qaeda’s affiliates in the region, too, merely on the basis of ideological affinity without any organizational and operational association with al-Qaeda Central, such as al-Qaeda in Arabian Peninsula, al-Qaeda in Iraq and al-Qaeda in Islamic Maghreb.

Regarding the creation and composition of the Islamic State in Iraq and Syria, apart from training and arms which were provided to Syrian militants in the training camps located in the Turkish and Jordanian border regions adjacent to Syria by the CIA in collaboration with Turkish, Jordanian and Saudi intelligence agencies, another factor that contributed to the stellar success of the Islamic State in early 2014 when it overran Raqqa in Syria and Mosul and Anbar in Iraq was that its top cadres were comprised of former Baathist military and intelligence officers from the Saddam era.

Reportedly, hundreds of ex-Baathists constituted the top and mid-tier command structure of the Islamic State who planned all the operations and directed its military strategy. The only feature that differentiated the Islamic State from all other insurgent groups was its command structure which was comprised of professional ex-Baathists and its state-of-the-art weaponry that was provided to all militant outfits fighting in Syria by the intelligence agencies of the Western powers, Turkey, Jordan and the Gulf states.

Recently, the Islamic State’s purported “terror franchises” in Afghanistan and Pakistan have claimed a spate of bombings against the Shi’a and Barelvi Muslims who are regarded as heretics by Takfiris. But to contend that the Islamic State is responsible for suicide blasts in Pakistan and Afghanistan is to declare that the Taliban are responsible for the sectarian war in Syria and Iraq.

Secondly, and more importantly, the insurgency in Afghanistan and the border regions of Pakistan is a Pashtun uprising which is an ethnic group native to Afghanistan and northwestern Pakistan, while the bulk of the Islamic State’s jihadists is comprised of Arab militants of Syria and Iraq.

The so-called “Khorasan Province” of the Islamic State in the Af-Pak region is nothing more than a coalition of several breakaway factions of the Taliban and a few other inconsequential local militant outfits that have pledged allegiance to the Islamic State’s chief Abu Bakr al-Baghdadi in order to enhance their prestige and draw funds and followers, but which don’t have any organizational and operational association, whatsoever, with the Islamic State proper in Syria and Iraq.

Conflating the Islamic State either with al-Qaeda, the Taliban or with myriads of ragtag, local militant groups is a deliberate deception intended to mislead public opinion in order to exaggerate the threat posed by the Islamic State which serves the scaremongering agenda of Western and regional security establishments.

[2] US and Taliban Agree in Principle to Peace Framework: