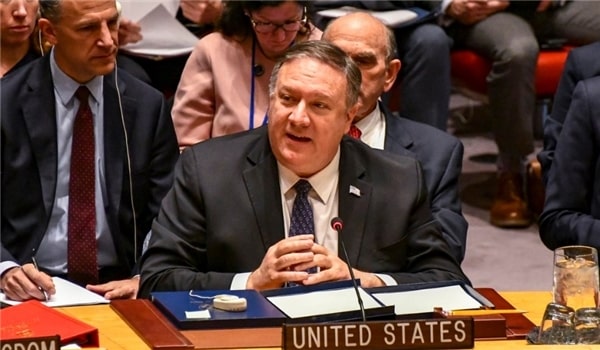 __________
FARS
Cuba Slams US for Meddling Accusation on Venezuela

Cuban Foreign Minister Bruno Rodriguez rejected US accusations that his country is “meddling” in Venezuela, and accused Washington of trying to “orchestrate” a coup to overthrow President Nicolas Maduro.

“I categorically reject the slanderous accusations launched by the US Secretary of State against Cuba at the UN Security Council,” Rodriguez tweeted later on Saturday, adding that “his attack on the constitutionality of Venezuela, orchestrated from Washington, is doomed to fail despite all lies”, World News reported.

It came after Cuban President Miguel Diaz-Canel lashed out at US Secretary of State Mike Pompeo over the latter’s comments on Havana’s alleged contribution to the escalation of political crisis in Venezuela, qualifying this as “slander” and “arrogance”.

The US diplomat told the UN Security Council that Cuba had “directly made matters worse” in Venezuela. He called on the international community to “pick a side”, choosing between Maduro and opposition leader Juan Guaido, who declared himself interim president days ago.

“These interventionist threats, full of slander and arrogance, will get blown to pieces when they face the determination of people that have never given up on their independence and sovereignty,” Diaz-Canel posted on Twitter late on Saturday.

Earlier in the day, Anayansi Rodriguez Camejo, the permanent representative of Cuba to the United Nations, accused Washington of using the Security Council as a platform for legitimization of its international campaign against the constitutional government of the country’s president, Nicolas Maduro.

She also voiced belief that aggression by the United States and its allies was the main threat for peace and security in Latin America.

Guaido swore himself in as interim president last Wednesday. His symbolic declaration came after days of anti-government protests in Caracas, and after the country’s Supreme Court declared all acts of the National Assembly null and void.

Within the hour, US President Donald Trump officially recognized Guaido as Venezuela’s legitimate president, prompting Maduro to sever diplomatic ties with the US.

With most of Venezuela’s neighbors echoing American calls for regime change, Cuba is one of a handful of Latin American countries that stuck by Maduro.