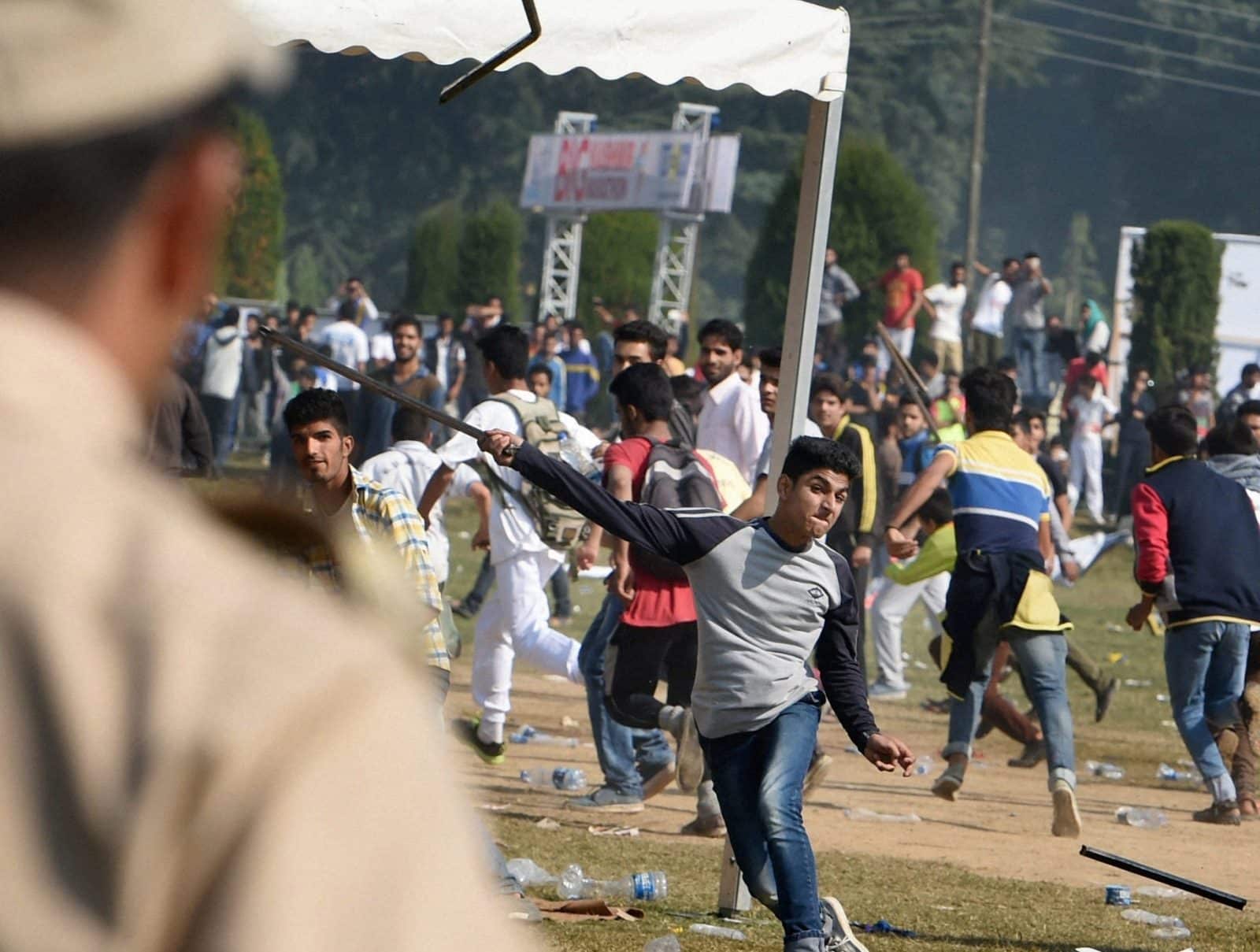 A question would naturally arise in the minds of curious observers of regional geopolitics that why did Pakistan choose to wage Washington’s proxy war against the erstwhile Soviet Union in Afghanistan during the 1980s?

Was it to strengthen its defenses against India, the oft-quoted “strategic depth” theory, or the fear that the former Soviet Union might make further advances into Pakistan’s western Balochistan province to reach the warm waters of the Arabian Sea?

All these geopolitical considerations might have played a part, but in order to understand the real reason why Pakistan decided to become Washington’s accomplice in the Afghan conflict, we need to understand the nature of power.

Rationally speaking, power ought to be means to achieve higher goals, but “normative idealism” is generally shunned in realpolitik, and rather than as means to an end, power is cherished as an end in itself, and it is the nature of power to expand further and to grow more powerful.

Thus, Pakistan’s military establishment did not collaborate in Washington’s “bear trap” project for any ulterior strategic goal; the objective was simply to exercise power by taking advantage of the opportunity.

In order to elaborate this abstract concept, I would like to draw a parallel between power and sex. In the grand scheme of things, sex is not an end in itself; it is means to an end, the end being the procreation of offspring.

But many hedonic couples nowadays use contraceptives and don’t consider it worthwhile to procreate and nurture children, due to economic constraints or the unnecessary effort that nurturing children inevitably entails.

Social scientists have no business offering advice or moral lessons; to each his own. But if the ultimate end for which nature has invented the agency comes to a naught, that does not per se renders the agency any less significant, instead the agency itself becomes a categorical imperative.

Thus, power is like sex; its exercise is pleasurable and its goal is further expansion and amassing more power to gratify insatiable needs of compulsive power-maniacs.

Regarding the much-touted argument that Pakistan’s military trained and armed Afghan jihadists during the Soviet-Afghan War in the 1980s as self-defense to prevent the likelihood of Soviet Union invading Pakistan’s western Balochistan province in order to reach the warm waters of the Arabian Sea, according to recently declassified documents [1] of the White House, CIA and State Department, as reported by Tim Weiner for The Washington Post, the CIA was aiding Afghan jihadists before the Soviet Union invaded Afghanistan in 1979.

Jamaat-e-Islami is a far-right Islamist movement in Pakistan, India and Bangladesh – analogous to the Muslim Brotherhood political party in Egypt and Turkey – several of whose leaders have recently been hanged by the Bangladeshi nationalist government of Prime Minister Sheikh Hasina Wajed for committing massacres of Bangladeshi civilians on behalf of Pakistan’s military during the late 1960s.

Then, during the 1970s, Pakistan’s then-Prime Minister Zulfikar Ali Bhutto began aiding the Afghan Islamists against Sardar Daud’s government, who had toppled his first cousin King Zahir Shah in a palace coup in 1973 and had proclaimed himself the president of Afghanistan.

Sardar Daud was a Pashtun nationalist and laid claim to Pakistan’s northwestern Pashtun-majority province. Pakistan’s security establishment was wary of his irredentist claims and used Islamists to weaken his rule in Afghanistan. He was eventually assassinated in 1978 as a result of the Saur Revolution led by the Afghan communists.

Pakistan’s support to the Islamists with the Saudi petro-dollars and Washington’s blessings, however, kindled the fires of Islamic insurgencies in the entire region comprising Afghanistan, Pakistan, Indian-administered Kashmir and the Soviet Central Asian States.

The former Soviet Union was wary that its forty-million Muslims were susceptible to radicalism, because Islamic radicalism was infiltrating across the border into the Central Asian States from Afghanistan. Therefore, the Soviet Union invaded Afghanistan in December 1979 in support of the Afghan communists to forestall the likelihood of Islamic insurgencies spreading to the Central Asian States bordering Afghanistan.

Regarding the Kashmir dispute, there can be no two views that the right of self-determination of Kashmiris must be respected in accordance with the UN Security Council resolutions on the right of plebiscite for the Kashmiri people, and Pakistan should lend its moral, political and diplomatic support to the Kashmiri cause; but at the same time, the militarization of any dispute, including Kashmir, must be avoided due to massive human suffering that militancy and wars anywhere in the world inevitably entail.

The insurgency in Kashmir erupted in the fateful year of 1984 of the Orwellian-fame when the Indian Armed Forces surreptitiously occupied the whole of Siachen glacier, including the un-demarcated Pakistani portion.

Now, we must keep the backdrop in mind: those were the heydays of the Cold War and Pakistan Army’s proxies, the Afghan jihadists, were winning battle after battle against the Soviet Red Army, and the morale of Pakistan Army’s top brass was touching the sky.

Moreover, Pakistan’s security establishment also wanted to inflict damage to the Indian Armed Forces to exact revenge for the dismemberment of Pakistan at the hands of India during the Bangladesh War of 1971, when India provided support to Bangladeshi nationalists and took 90,000 Pakistani soldiers as prisoners of war after Pakistan’s humiliating defeat in the war of liberation of Bangladesh.

All the military’s top brass had to do was to divert a fraction of its Afghan jihadist proxies toward the Indian-administered Kashmir to kindle the fires of insurgency in Kashmir. Pakistan’s security agencies began sending jihadists experienced in the Afghan guerilla warfare across the border to the Indian-administered Kashmir in the late 1980s; and by the early 1990s, the Islamist insurgency engulfed the whole of Jammu and Kashmir region.

Here, it’s worth noting, however, that an insurgency cannot succeed anywhere unless militants get some level of popular support from local population. For example: if a hostile force tries to foment an insurgency in Pakistan’s province of Punjab, it wouldn’t succeed; because Punjabis don’t have any grievances against Pakistan.

On the other hand, if an adversary tries to incite an insurgency in the marginalized province of Balochistan and Pakistan’s tribal areas, it will easily succeed, because the local Baloch and Pashtun populations have grievances against the heavy-handedness of Pakistan’s security establishment.

Therefore, to put the blame squarely on the Pakistani side for the Kashmir conflict would be unfair. Firstly, immediately after the independence of India and Pakistan in 1947, India annexed the Muslim-majority princely state of Jammu and Kashmir in violation of the agreed-upon “partition principle” that allocated the Muslim-majority provinces of the British India to Pakistan and the Hindu-majority regions to India.

Secondly, India re-ignited the conflict by occupying the strategically placed Siachen glacier in 1984. Pakistan’s stance on Kashmir has been quite flexible and it has floated numerous proposals to resolve the dispute. But India is now the new strategic partner of Washington against China, hence India’s stance on the Kashmir dispute has been quite inflexible, as it is negotiating from a position of strength. Diplomacy aside, however, the real victims of this intransigence and hubris on both sides have been the Kashmiri people and a lot of innocent blood has been spilled for no good reason.

Finally, another obstacle to the peaceful resolution of the Kashmir dispute is that the Kashmiri liberation struggle and militancy have been indigenized to a great extent during the last two decades. An entire generation of Kashmiri youth has been brought up in an environment of fear and bloodletting. Now, no political solution to the Kashmir conflict is possible unless it is acceptable to domestic political leadership of the Kashmiri people.